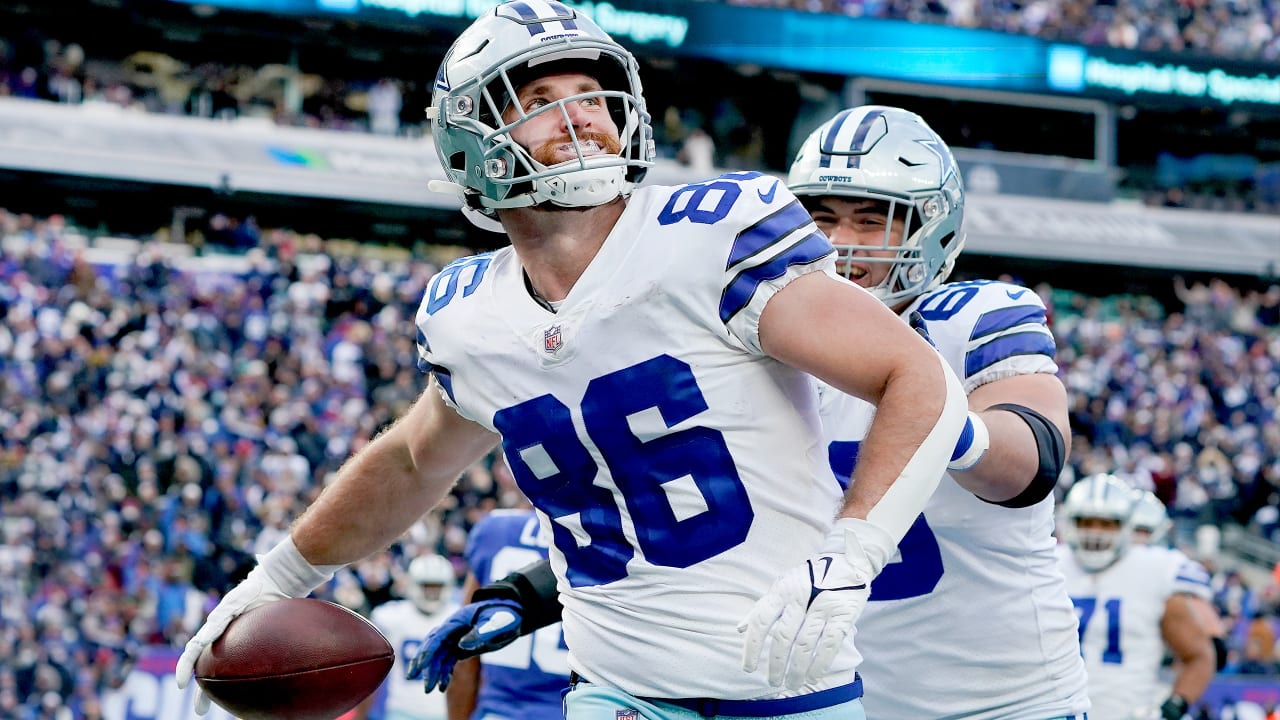 FRISCO, Texas – Nobody knows what they’ve got until they’ve lost it, goes the saying, which may be true for the Cowboys this offseason, where they’ve likely had to rethink their priorities over the past few days.

The Cowboys have never really resented the injuries to tight end Blake Jarwin since he signed his contract extension, nor the departure of Jason Witten, thanks to Dalton Schultz surging way beyond expectations since the 2020 season.

Schultz relieved Jarwin of the starting job due to injury from the second game of that year and showed that he was capable of playing at the highest level, just weeks after many considered that his place in the team was in danger in preseason camp, after two first years without pain or glory, since he arrived from Stanford University in the fourth round of the 2018 draft.

Now, the Cowboys are the ones who should be worried about Schultz becoming a free agent, where he could become one of the highest paid in the NFL.

Even more worrying, considering that Jarwin recently had hip surgery and, according to various reports, may not be ready to train when the next exhibition games arrive; like it happened last summer, when he was in rehab from that serious knee injury he suffered in the first game of 2020.

In 2021, Jarwin was active behind Schultz for the first six games before injuring his hip and returning for the final regular-season game and playoff game, in which he only had one reception for six yards on two occasions he was sought. by quarterback Dak Prescott.

That surgery Jarwin underwent may become the final decision point for the Cowboys to make a decision regarding his roster spot.

Jarwin is scheduled to earn $4 million under a four-year, $22 million contract he signed before the 2020 season. If released, he would only count $2 million against the salary cap.

The Jarwin decision could also be the trigger for Schultz to be franchised and prevent him from becoming an unrestricted free agent.

In 2021, Schultz had one of the best seasons ever as a receiver for a Cowboys tight end. His numbers have even made us forget at times that it has been two years since Witten left the team for the second time.

Schultz had 78 receptions for 808 yards in 2022. He is the only other tight end after Witten in Dallas history with at least 70 completions and 800 yards. His eight touchdowns are the third-best mark of all time for the franchise at the position. And his work in blocking has been underappreciated, but almost as effective as passing.

“It’s nice to be mentioned in the same paragraph as Witt (Witten),” Schultz said after the final regular-season game. “But Witt did it for 16 years. Until he can do something like that, I don’t think he belongs in the same category of a guy as him. So I still have work to do for this team.”

Right now behind Schultz there is little for optimism: Sean McKeon, who had only four receptions for six yards in nine games in his second year as a pro, and Jeremy Sprinkler, a five-year veteran who was active in all 17 games last season, promoted from the practice squad every week, and just three total completions.

The Cowboys have until March 8 to decide whether to place the franchise tag on Schultz, which would translate to a one-year, $11 million contract. But above all, in the opportunity to continue negotiating a long-term contract with him until the deadline, which would be July 15.

They’ve already had all week at the Combine to watch and interview talent among top college tight end prospects heading into the upcoming NFL draft, including Texas A&M’s Jalen Wydermyer; Isaiah Likely of Costal Carolina and Trey McBride of Colorado State.

But the last two times they picked high at that position in the draft they didn’t fare very well: Martellus Bennett in the second round in 2008 and Gavin Escobar in that same situation in 2013.

Increases the value of Dalton Schultz