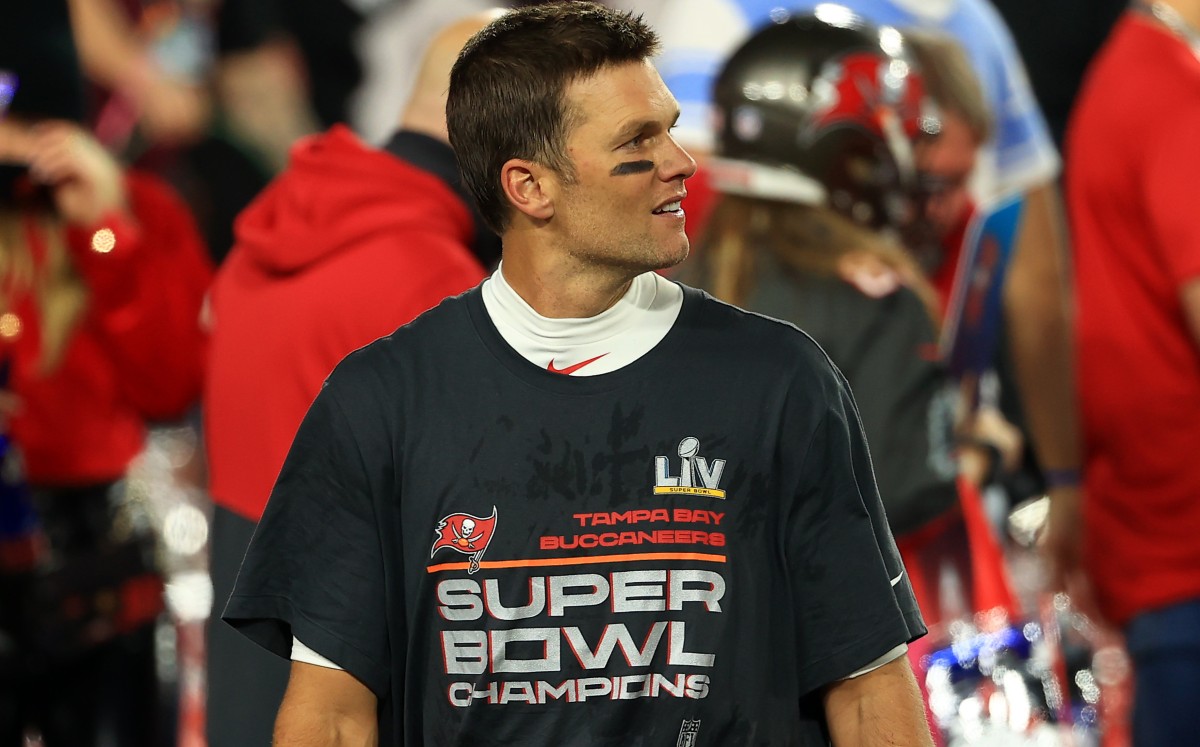 Unemployed at age 42. An age in which they classify you as “old” for many jobs, in which they no longer hire you because they are looking for “new blood.” Now imagine this scenario as a high-performance athlete, where professional life generally ends in the mid-30s because time is not wasted for physical athletic abilities. For anyone it would be a retirement sentence, but not for Tom Brady.

The man who was scorned for 198 turns in the 2000 Draft at the NFL, who the New England Patriots chose in the sixth round despite mockery for his looks and “limited” capabilities. History proved the world wrong to judge him ahead of time because the California-born, who grew up admiring Joe Montana, far surpassed his idol.

They were 20 epic years in New England with six Super Bowl rings, countless individual records and a 16-0 undefeated season, something never seen before; But the NFL, like any other professional sport, is also a business, and when it comes to money, even the deepest relationships break down.

Thomas Edward Patrick Brady first became unemployed in the NFL in 2020. The quarterback announced that I would not return to the Patriots due to economic differences in the negotiations of a new contract. An unrepeatable era ended and, with that, the start of free agency that allowed him to sign with the highest bidder, but with everything and his Hall of Fame career, there were not as many offers as you might think.

It was rumored that the San Francisco 49ers and Chicago Bears were two of the franchises that had contacts with him, but the Tampa Bay Buccaneers offered him just what he asked for. A couple of years in exchange for 50 million dollars and, especially, an already competitive team that lacked a born leader to take them to the top. And that’s where Brady fit in.

Tampa and Brady’s thirst for revenge

On March 20, 2020, the quarterback was announced as a new player for the Bucs. On his 43rd birthday, experts and fans said he would “fail without Bill Belichick”, the head coach with whom he won all six of his Pats titles. Others said that without a custom game plan their athletic limitations would surface, but as Don Quixote put it: “Let them bark, Sancho” and that’s what Brady did.

There is no better version of Tom than the one who jumps onto the grid feeling that he has something to prove despite all his successes. And so he lived the 2020 Season, with fire in his eyes, a bazooka in his arm and an insatiable hunger to make it clear that he could triumph in the Raymond James Stadium in Tampa, where fate accommodated him for a new Super Bowl.

At 43 years old, Brady had the second best season of his career in touchdown passes with 40, he surpassed 4,600 passing yards and was 11-5, enough for the Buccaneers make playoffs, the favorite scene of the legend, who on the road eliminated Washington, the Saints of the now retired Drew Brees and the Packers of Aaron Rodgers.

The 7th Super Bowl and a lesson to Mahomes

The last date was at the Super Bowl in Tampa against defending champions, Kansas City Chiefs by Patrick Mahomes. It was the clash of two generations. On the one hand, the young man marvels as the present and future of the NFL; on the other, the old guard, the veteran who did not intend to go over the horizon without a fight. The result? A lesson from No. 12 to his would-be heir with his fifth Most Valuable Player award, another record.

“Playing until age 50? Why not, it doesn’t look so difficult,” declared the seven-time NFL champion prior to the start of the 2021 Season. And if we have learned something in more than two decades, it is that we should never discard it because , despite playing his 22nd campaign, This 44-year-old “old man” – who was unemployed not long ago – can continue to dominate football for as long as he wants.