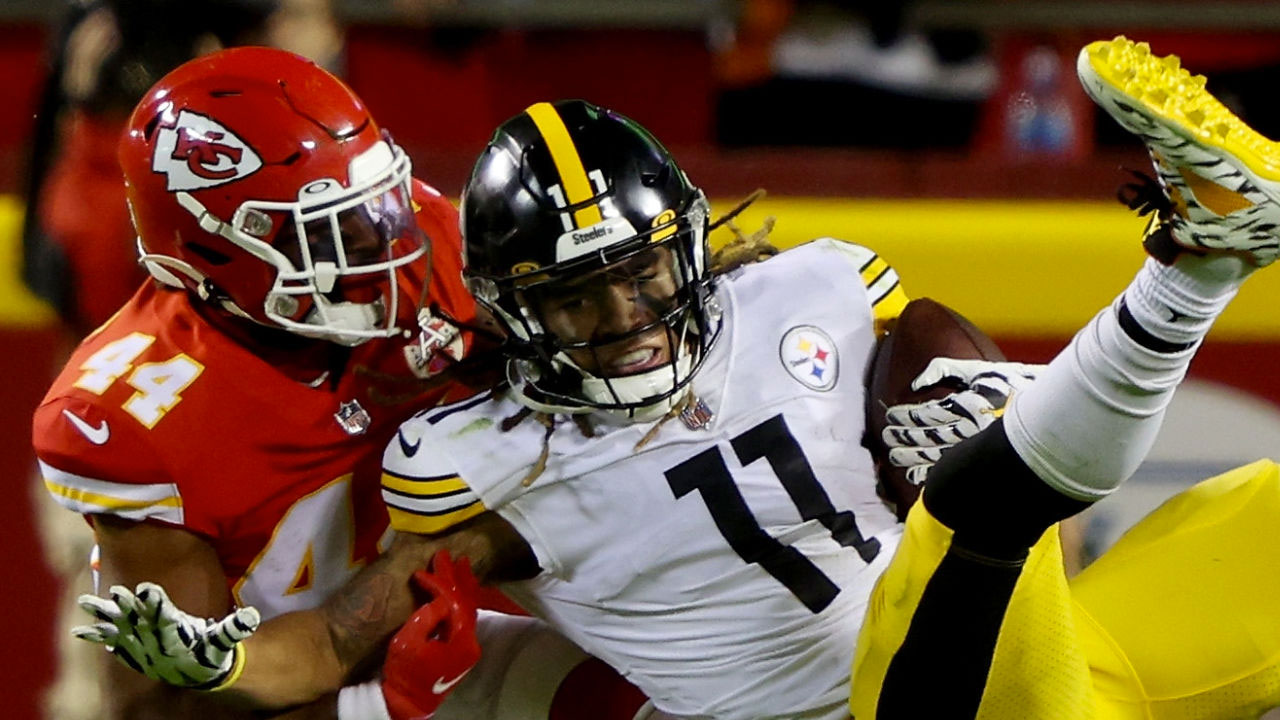 After a long 2021 NFL season, the regular season came to an end. Several factors played in favor of the long wait. On the one hand, the decision to hold seven seeds per conference, which gives more possibilities to medium teams. On the other hand, the extension to 18 weeks was noted. Finally, different issues made most of the franchises not have a great regularity.

Anyway, we finally made it to the postseason and in this post we show you what’s coming up in wild card week.

Placement in the AFC for the 2022 NFL Playoffs

As we anticipated, the Titans (12-5) took advantage of they passed to the front. They just had to win this week to stay on top. With the slim victory in Houston, they took the No. 1 seed and will rest next week. Beyond achievement, they remain one of the strongest franchises in the AFC after earning their third consecutive ranking. With a tough offense, Tennessee comes in as one of the favorites.

Lower down, falling to the No. 2 seed, the Chiefs (12-5) are back in the game for the seventh time in a row (since 2015). In this time, they were champions of the AFC West six times (2016-2021), of the AFC last year and obtained Super Bowl LIV. Keeping much of the team from the last two seasons, they are another of the great candidates to win the Conference.

In seed 3 we find another team that has been qualifying for three seasons in a row. The Bills (11-6) have won the East again and remain the best in the conference. With great high points on offense, they will certainly have the stakes in their favor in wild card games.

From here, the great surprises of the AFC begin. The North had the Bengals (10-7) as the new winner, something that had not happened since 2015. Thus, Cincinnati occupies the 4 seed and will play at home during the Wild Cards. In case of winning, it is unlikely that he will be able to maintain this condition in the divisionals and it is very likely that they will have to face the Titans, but why not think that they can give a big surprise in these Playoffs?

We learned last week that a spot was going to be reserved for a team from the West. What we did not intuit was that the Raiders (10-7) would jump three boxes to reach the 5 seed. After a five-year absence, and after an incredible divisional game defined in OT, Las Vegas obtained the classification and eliminated the Chargers (9-8). Now they will travel to Cincinnati, which will be a very even duel.

For their part, the Patriots (10-7) returned to the postseason after a year of absence. Although, during the regular phase they have made merits to continue in competition, they loosened a lot in the last games. Staying at the 6th seed, they have a chance to advance in the postseason. But to do so, they must return to Buffalo and snatch the favoritism.

Finally, after the colts’ (9-8) crash against the Jaguars, the 7th seed was left open to the northern franchise duel. In a close duel that should have been defined in OT against the Ravens, the Steelers (9-7-1) returned to stay in the postseason. However, the chances for this year are low, as they will have to travel to Kansas City next week. For their part, after six consecutive falls, the Ravens (8-9) showed that starting the season well means nothing.

With 2022 Playoffs already defined, don’t forget to participate in the Super Bowl Challenge. You can win a trip to the Draft #NFL 2022 https://t.co/tsaxJSuXzl pic.twitter.com/V8b4SKv0eO

Accommodation in the NFC for the 2022 NFL Playoffs

As we already know, the Packers (13-4) were the first classified to the postseason and, since last week, they got the 1 seed in the Conference. With a bye week, Green Bay will enter the divisional games as the best team in the NFL regular season and, therefore, as the main candidate to win this Super Bowl. But, you have to consider that this year, the NFC has two more teams in the Top 4.

At the 2nd seed, the Buccaneers (13-4) come in as the second-best franchise in the league. Unlike last year, where champions came out after being placed in fifth position in the Conference, the team led by QB Tom Brady, arrives in better shape and with a more forceful game. The Bucs will have no rest, but they will enjoy a good position in the postseason box.

Ranked No. 3 in the NFC, the Cowboys (12-5) have reached third place in the NFL. Clearly the injury of QB Dak Prescott was a determining factor for this team to be absent from the past Playoffs. Now, with very competitive formations, Dallas managed to give good numbers to a division that had been impoverished during the last two years.

Despite the last fall, the Rams (12-4) won the West again and are ready for a new postseason. This time they occupy the 4th seed and will play at home in the wild card duels. It can be said that this squad arrives with more air and energy, but it will have difficult duels ahead.

Already in the low zone of the NFC, the seed 5 was in the hands of a decayed Cardinals (11-6). This franchise was at times the best of the regular phase, but certain factors decimated them. Now they must travel to Los Angeles to face their classic rivals. Judging by the latest results, and although nothing is written, they have the loss.

In the 6th seed, the dying 49ers (10-7) made it back to the postseason. After beating the Rams in the OT, San Francisco was left in competition, eliminating the Saints (9-8), which was useless to crush the Falcons. They will have to travel to Dallas, in a classic NFL game, to show that they are up to the task. Something that will undoubtedly be difficult, since the Cowboys are doing very well this year.

Ultimately, the Eagles (9-8) finished at the 7th seed. After a brief absence in the postseason, this franchise is back. However, she will do so as the weakest of all. And not only that, next week they travel to Tampa Bay for the Wild Cards. Will it be the result we all believe or will Philadelphia be able to hit the ground running?

This is the final look at the landscape of the 2022 NFL Playoffs in each conference. Which crops surprised you the most? Who will make it to Super Bowl LVI? We read each other in the comments under this article and on our social networks, but, above all, we read each other in this section next season.

Do you already know our store?

Finds the best articles; from the classic merchandising from Primero y Diez, to pieces of autographed memorabilia, in addition to items from your favorite team.

If you are looking for something that you cannot find, question for him and we will do our best to achieve it.