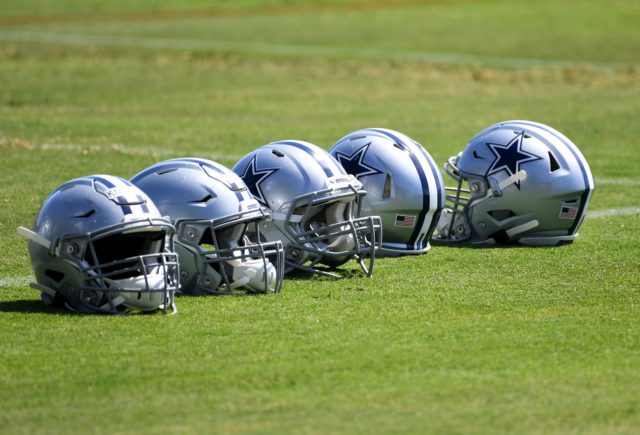 As the details of the regular season schedule for the Cowboys this 2022 were known, the preseason duels that the lone star team will have to deal with were also known. As it is already being handled at present, there will only be three meetings. For the Cowboys, it will be two away games and a final home game against the Seattle Seahawks.

In an interesting aspect of the preseason, both road games will be against teams from the AFC West. These are the Denver Broncos and Los Angeles Chargers. But that’s not all, as the Cowboys will have practices in conjunction with both organizations before their respective exhibition games.

According to the calendar, the first rivals will be the Denver Broncos on August 13. However, the practice as a whole will be two days before. This specific activity draws a lot of attention. Since there are several elements of the Denver team that many would like to see in a joint practice with the Cowboys.

The first of them is quarterback Russell Wilson, who ended up with the Broncos thanks to a trade that ended up being made by the Seattle Seahawks. Likewise, we have the case of cornerback Patrick Surtain II, an element that the Cowboys had their eye on for the 2020 Draft but in the end it would be Denver who would keep him with the number nine overall selection.

However, nothing is more controversial than the fact that the players of the Lone Star team, especially the offensive line, will have to face Randy Gregory. The defensive end would spend a total of six seasons with the Cowboys. And despite the pile of NFL suspensions, the defensive end proved his worth in the 2021 season.

Either way, the player was going to sign a five-year, $70 million extension with Dallas. However, both his agent and the player did not reach an agreement with the organization thanks to certain conditions of the contract. In which it was clearly stated that the defensive end would lose certain guarantees if the NFL fined or suspended him.

In short, Gregory took this as an insult and would end up signing with the Broncos for the same amount of money and years of service. With the small difference that the guarantee that protected the Cowboys against any eventuality, the Broncos did not have it within the terms of their contract.

As well as this activity with another NFL team, Dallas will have two extra practices with the Chargers prior to the duel between the two franchises on August 20. Therefore, the cowboy group will have the opportunity to practice with the likes of Joey Bosa, Quarterback Justin Herbert, wide receiver Keenan Allen and cornerback JC Jackson. This double day of activities will take place on August 17 and 18 in Costa Mesa, California. And then two days later face each other in the preseason duel at SoFi Stadium.

One of the most interesting things in reference to these practices between two franchises is that there can always be friction between some players. Dallas already had some experience with this in the previous training camp. Since when doing an activity together with the Rams, some actions ended in fights. Like for example the duel between Aaron Donald and Connor Williams.

Now we just have to wait for the Cowboys to return to training camp in Oxnard to see how the team could develop for the 2022 season. Of course, you can never rule out the fact that it will be very interesting to see the Cowboys have practices with other franchises. That will certainly increase the competitive edge of the locker room, as will having to make plays with people other than teammates.

Cowboys will have joint practices with two AFC teams