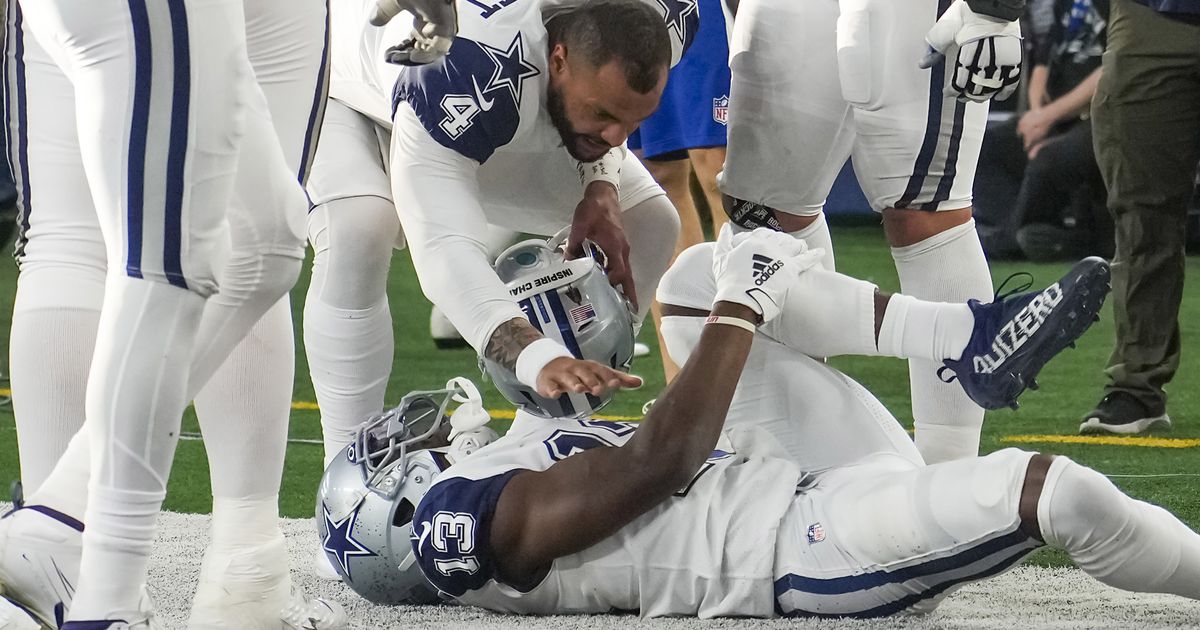 Soon he will take an important step in his recovery.

Gallup is scheduled to have knee surgery next Thursday with the Cowboys’ chief team physician, Dr. Dan Cooper, a source said.

Optimism surrounds Gallup’s prospect to be ready for the start of the 2022 regular season. His contract expires March 16.

This waiting period allows symptoms such as swelling to improve, which according to medical studies facilitate postoperative rehabilitation.

Gallup’s improved range of motion bodes well for his overall recovery and he’s ready for a fresh start.

From start to finish, Gallup’s 2021 contract year did not go as expected.

He injured his left calf during the September 9 season opener against the Tampa Bay Buccaneers, which sidelined him for the next seven games.

In his third game back, Gallup came alive in the fourth quarter of a Thanksgiving loss to the Los Vegas Raiders when he caught three passes for 90 yards.

On Jan. 2, the 2018 third-round pick adjusted to a Prescott behind-the-shoulder pass and planted his left leg to jump for the ball.

Gallup managed to complete the 21-yard reception despite feeling his knee crack.

The Cowboys can’t realistically retain all three if they keep wide receiver Amari Cooper under his contract, setting up a front office decision to navigate in the coming weeks.