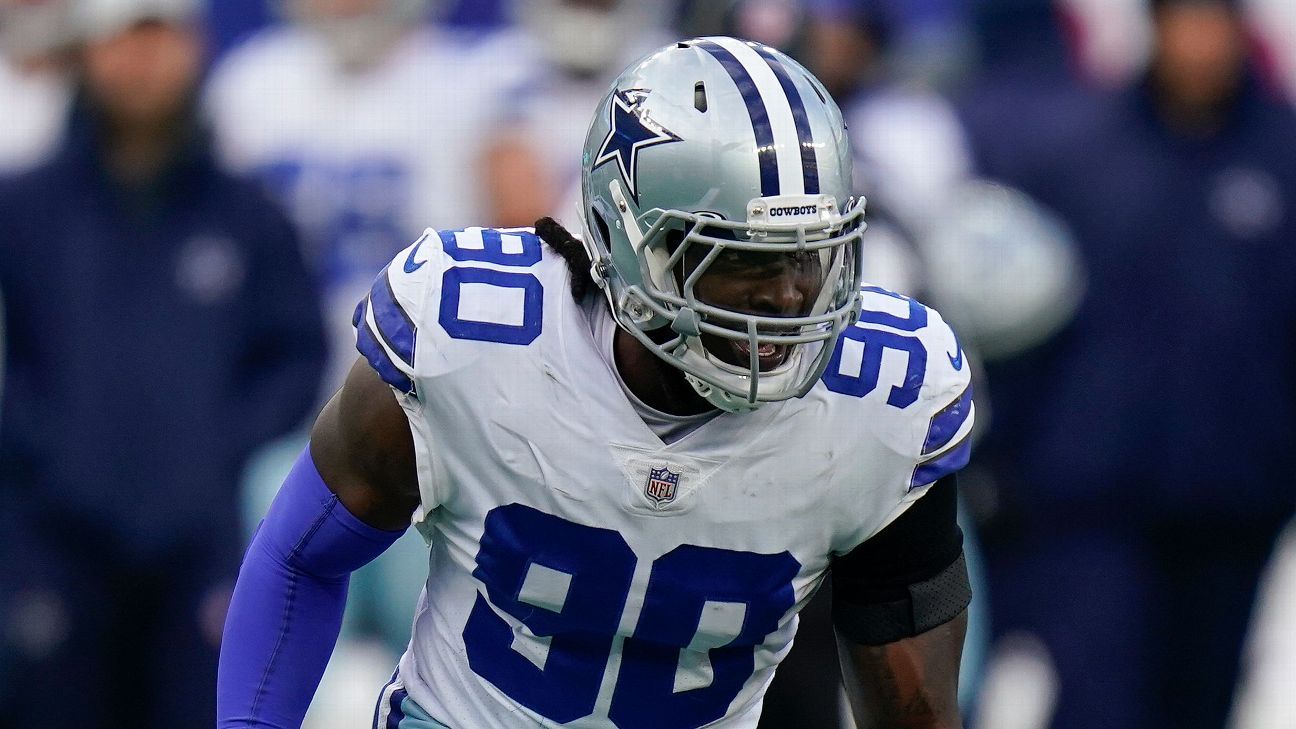 The Dallas Cowboys have agreed to a new contract with DeMarcus Lawrence for three years and $40 million, including $30 million guaranteed, which will reduce the defensive end’s impact on next season’s salary cap.

Lawrence had rejected a pay cut earlier in the day, but agreed to renegotiate his contract to reduce the $27 million impact on the salary cap to $14 million.

Lawrence will be the first defensive end in NFL history to have seven straight seasons on a full guaranteed salary since being designated a Designated Player in 2018, before agreeing to a multiyear deal with the Cowboys the following year.

The defensive end signed a five-year, $105 million deal in 2019, which then represented the largest dollar contract in franchise history and included the first three years guaranteed.

Prior to the new arrangement, Lawrence was scheduled to earn $19 million in 2022 and $21 million the following season, for which his cap impact would be $29 million.

Under the new arrangement, Lawrence is guaranteed a spot on the roster through the end of the 2023 season.

The 29-year-old Lawrence played just seven games last season because of a foot injury he sustained in practice before the Week 2 game. Ultimately, he had three sacks, two forced fumbles and an interception return for a touchdown. .

With this deal, the Cowboys eliminated the possibility of Lawrence leaving the team before next season and minimized the risk of losing the two defensive ends with whom they began the 2021 season.

Randy Gregory could become a free agent on Wednesday, as could backup defensive end Dorance Armstrong, who would be an unrestricted free agent.