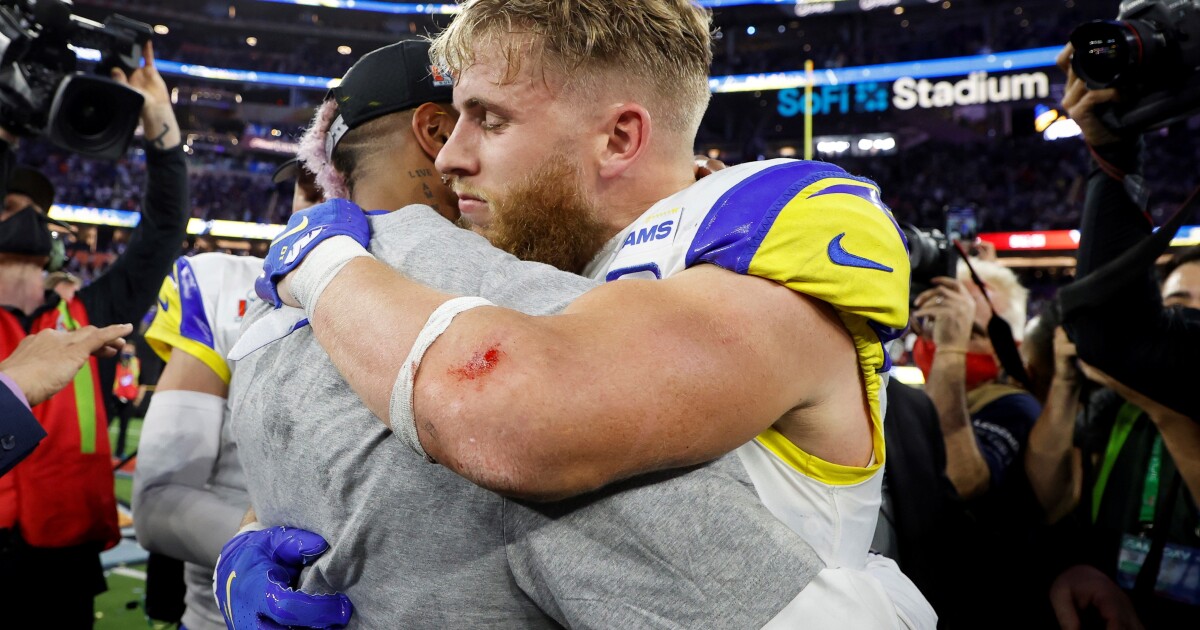 “What mattered most was the team; I am grateful to Stafford and my teammates for a spectacular season that ends with this achievement, ”said the wide receiver after winning Super Bowl LVI with his squad.

Kupp, 28, had eight catches, rushed for 92 yards and caught two touchdown passes in Los Angeles’ 23-20 win over Cincinnati, earning him the Most Valuable Player (MVP) title. Valuable in duel.

The jersey owner of the number 10 was the best receiver of the season. He obtained the triple crown by being the leader in receptions with 145, 1,947 yards, and 16 touchdowns.

He was also recognized as the 2021 NFL Offensive Player of the Season.

Los Angeles coach Sean McVay, 36, who became the youngest “coach” to win a Super Bowl, highlighted the work of his attack to turn around the game that they lost by four points two minutes from the end .

“Everyone did a great job, the offensive line protected Stafford well, we ran the big plays; we were very competitive against a very tough defense, but the offense found a way to win the game,” he shared.

McVay underscored his team’s determination to overcome the mistakes they made.

“We showed that we are a very determined team; I am proud of the group, what else can I say; now we are the champions ”, he boasted.

The Los Angeles Rams have contested five times for the NFL championship; they won Super Bowl XXXIV against the Titans and now the LVI against the Bengals. They lost the XIV edition against the Steelers, as well as the XXXVI and LIII against the Patriots.

The majority shareholder of Los Angeles, Stan Kroenke, in charge of receiving the champions trophy, Vince Lombardi, shared his happiness for having triumphed at SoFi Stadium, home of the Rams.

“I am proud of Sean, of all the players. It was a tough match. Thanks to the fans of Los Angeles because thanks to them the Super Bowl stayed at home”.

SoFi Stadium is located in Inglewood, California. The Rams are the second team in the NFL to win the Super Bowl at home.

The first to do so was Tampa Bay at Raymond James Stadium, where they beat the Kansas City Chiefs last year.