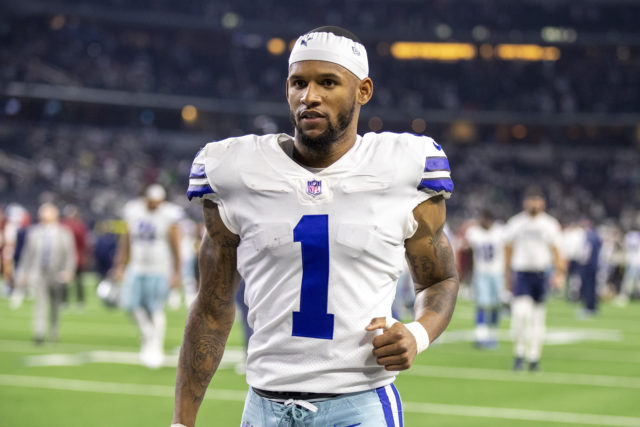 After what has been seen in the last few hours, it seems that the Cowboys will need to strengthen their receiving corps this year. Over the weekend, the cowboy team finalized the trade of Amari Cooper to the Cleveland Browns. And while Michael Gallup’s contract extension has been made official, Dallas will be without a versatile piece of offense for next season: Cedrick Wilson.

According to reports Monday, Wilson has agreed to a three-year, $22.8 million deal with the Miami Dolphins. Of this money, $12.75 million will be guaranteed. With this, Wilson will bolster the Dolphins’ offense by joining Jaylen Waddle and DeVante Parker on the receiving corps.

Coming to the Cowboys as a sixth-round pick in the 2018 Draft, Cedrick Wilson started out as a depth piece on the receiving corps and a special teams fixture. However, the Boise State product had more chances the past two seasons. And he knew how to take advantage of them.

A clear example is his performance in 2021. Due to the absence of Michael Gallup due to injury, Wilson had a greater participation in offense. This led to the receiver having his best NFL season yet. Last year, Wilson had 45 receptions for 602 yards and six touchdowns. All this in 16 games, 4 of them as a starter.

In Dallas, Wilson proved to be a fairly reliable receiver despite being a backup at the position. Aside from his ability to gain yards and score in tight situations, there is also his ability as a passer due to his past as a quarterback in school football. In fact, this was a resource used by the Cowboys in some offensive plays, which were successful.

How will Wilson’s departure affect the Cowboys?

Following the trade of Amari Cooper to the Browns and the extension of Michael Gallup, the Cowboys were expected to retain Cedrick Wilson. However, his strong 2021 season increased his market value to the point that Dallas couldn’t afford it. With Wilson’s departure, the Cowboys not only lose a valuable offensive asset, but also who they hoped he would be their No. 3 receiver this year.

Now, Dallas’ receiving corps needs to gain depth again. Right now, CeeDee Lamb and Michael Gallup are aiming for the top two spots in the rotation. Other than them, there are three main candidates left to be Dallas’ No. 3 receiver: newly extended Noah Brown, Malik Turner and Simi Fehoko.

The Cowboys have their contract extension done with Michael Gallup. Dak Prescott to have CeeDee Lamb, Gallup and likely a WR they draft next month as their next trio https://t.co/l0YxTfrlmP

However, the departures of Cooper and Wilson leave the Cowboys’ offense visibly weakened. Also, let’s not forget that Michael Gallup recently underwent surgery for an anterior cruciate ligament injury in his left knee. And while Gallup is expected to be fit before the season starts, there’s no guarantee this will happen.

Because of this, the cowboy leadership must prioritize the catcher position when seeking reinforcements for the upcoming season. It wouldn’t even be ruled out that Dallas could use its first-round draft pick to pick a wide receiver. And more this year, with a Draft loaded with striking prospects in that position.

For now, no other moves are expected in Dallas’ receiving corps during the start of free agency. Given the front office’s focus on signing veterans cheaply and its salary-cap situation, it’s unlikely Dallas will invest in signing a wide receiver in the next few days. Therefore, we will have to wait until the 2022 Draft to see what reinforcements the cowboy team incorporates in that position.

Cedrick Wilson will sign with another team. How does his departure affect Dallas?