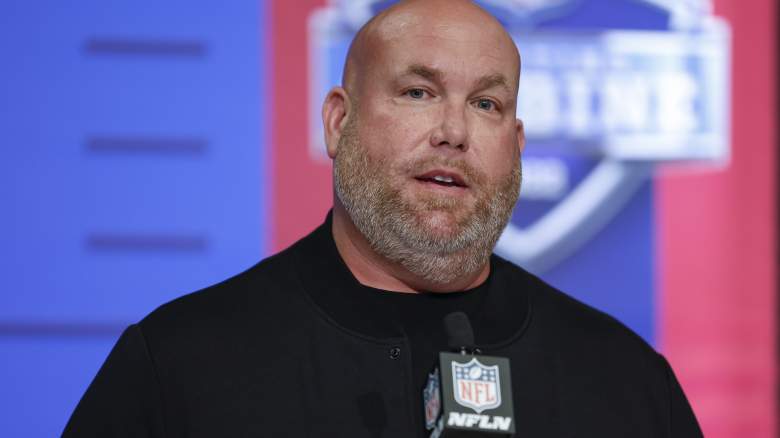 Welcome to the Valley!

Ndubuisi, 21, is from Nigeria and was selected as part of the NFL’s International Pathway Program (IPP) in January. He also worked with UpRise Academy in Africa, which is a program designed by former New York Giants defensive end Osi Umenyiora.

The Cardinals have Australian tight end Bernhard Seikovits, who was also an IPP player, on their roster. Unlike Seikovits, who is a roster waiver and signed through the IPP in 2021, Nbubuisi is an official member of the Cardinals’ 90-man offseason roster.

Ndubuisi is 6-foot-6, 298 pounds, and excited about landing with an NFL team.

“The dream has been for at least one of us to get signed because it’s going to give hope where I come from,” Ndubuisi said after accepting the deal, according to an April 19 story by Cardinals reporter Darren Urban. “Because it seems impossible coming from my country, Nigeria, where football is not like a sport (people know that).

Ndubuisi participated in the NFL international combine in London and then traveled to Arizona to work with veteran NFL center LeCharles Bentley, who has been in the NFL for 12 years. The 21-year-old will now participate in the team’s offseason program after spending the last 12 weeks working with Bentley.

In 2017, Ndubuisi played soccer and basketball, where he was noticed by Umenyiora. That was where Ndubuisi would make the transition to football.

Umenyiora lived in Nigeria as a child and formed the UpRise Academy with former NBA player Ejike Ugboaja. The Giants recently signed offensive lineman Roy Mbaeteka. While neither has high school or college football experience, Umenyiora credits the work ethic Nigerians go through.

“I realized there are so many amazing athletes out there, I’m talking a hundred times better than I was as an athlete,” Umenyiora told Giants.com when Mbaeteka signed. “And they have no chance to improve their lives, no chance to do anything constructive with their lives because of the situation there.

There is hope in finding international talent in the NFL. The Eagles drafted Australian lineman Jordan Mailata in the seventh round of the 2018 draft and he was a former rugby player. Mailata is now considered one of the best left tackles in football and three years later, the Eagles signed Mailata to a four-year, $64 million contract.

The 21-year-old Nigerian joins guard Will Hernandez as the Cardinals’ second acquisition for the offensive line group.

In addition to Hernandez, who currently ranks as the starting right guard, the Cardinals should have the same offensive line as they do in 2021. The team has left tackle DJ Humphries, center Rodney Hudson, left guard Justin Pugh and right tackle Kelvin. Beachum as starters. .

Adding Ndubuisi gives the Cardinals depth for now and possibly for the future. Hudson is the only Cardinals lineman currently under contract for the 2023 season.

Ndubuisi will be a prospect to watch in 2022, who will compete for a spot on the 53-man roster in August.