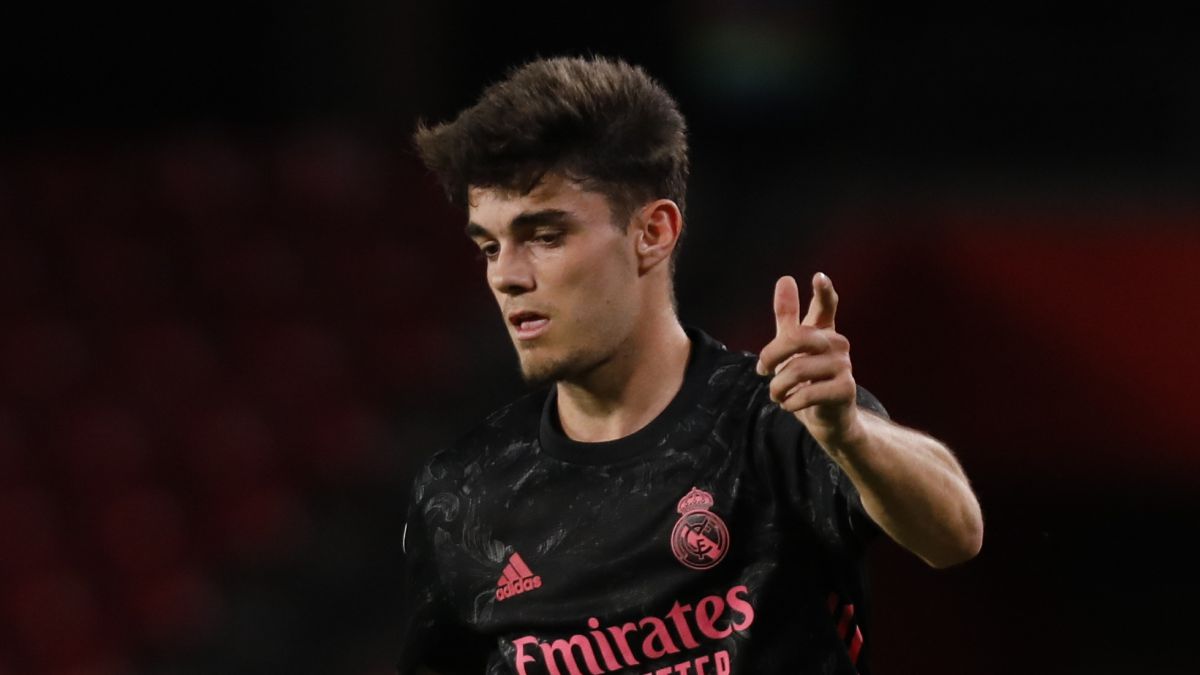 Miguel Gutiérrez (19 years old) will have minutes at Ancelotti’s new Real Madrid. The left back of the quarry has convinced the coach in these first weeks of training. I had good references from him before arriving in this second stage to the white bench, but these have been confirmed, especially, after seeing his attitude and bravery when he entered the Glasgow match. There, Miguel was one of the most outstanding footballers of the Madrid team. Although he has players like Mendy and captain Marcelo ahead of him, the player on the left wing of the youth squad wants to succeed in Madrid and knows that he can count on minutes throughout the season.

To this day, the decision made by Real Madrid and agreed with the player himself, who has a contract until 2024, is that he is not going to look for a way out for him despite the fact that offers are already coming in. The club is convinced that it will end up being important, and the player has become strong in the position that, with humility and work, he will end up triumphing in the team. That is why he is not afraid that in front of him there are two players of the caliber of Mendy and Marcelo. Miguel and those around him are convinced that the season is very long and that setbacks will occur in the team in the form of injuries that will make him have a leading role.

Either way, although this is the initial idea of ​​club and player, that he stays and that he is a player of the first team for all intents and purposes when Marcelo leaves (the Brazilian ends in 2022), neither party wants to rule out its occurrence. a last minute trade in the market. But, if it came (in the form of an assignment, although also a sale with a very favorable buyback option), his return for the 2022-23 season would be assured). The truth is that the player is convinced that he wants to give himself the opportunity to succeed at Madrid and is not afraid of competition. Miguel, this year, will train for many days with the first team and, when he has no place in Ancelotti’s squad, he will play with Castilla.

Ancelotti and the club still have a lot of work ahead of them to shorten the squad, which at the moment still has 28 players counting on Varane (who is going to United in the absence of official status). The Italian coach does not want a longer group of 22 players (actually, it is enough for him to double all the positions), considering that there are versatile players like Alaba and Lucas Vázquez who can act in various positions. In addition, the Italian is aware that he will be able to draw on several players who will be important, such as Miguel Gutiérrez himself, although they will have a record with Castilla. Other cases similar to the one on the side are those of Blanco and the central Chust and Gila.

In the 2020-21 season and under the orders of Zidane, Miguel Gutiérrez had minutes in the final league matches against the injuries of Marcelo and Mendy. The full-back participated in six league games with Real Madrid in which he got an assist. With Castilla, the footballer participated last season in 15 games in which he scored a goal and distributed an assist. This season the first team and their work will alternate under the command of Raúl, which was actually the one who converted him from winger to winger.