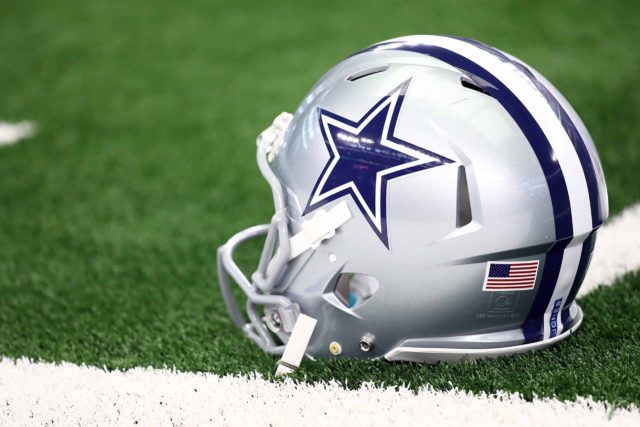 So far this season, the Cowboys’ offensive line has been the unit most affected by injuries. Following the injury of tackle Tyron Smith in preseason practices and the absence of guard Connor McGovern for a few games, the team has just added a new loss. And it affects the team’s depth at offensive tackle.

This is Matt Waletzko, Dallas’ fifth-round pick in the 2022 Draft. According to the Cowboys’ injury report on Thursday, the rookie had limited participation in the day’s practice. In fact, Waletzko presented a re-aggravation of the subluxation of his left shoulder that had already limited him during training camp.

As reported by Michael Gehlken of The Dallas Morning News, this is the third time in less than a year that Waletzko has presented this injury. Therefore, the young tackle will have to undergo surgery to repair the problem in his shoulder. This, it is worth mentioning, would end his 2022 season.

Cowboys backup LT Matt Waletzko suffered a left shoulder subluxation in practice today for the third time in a year, two people familiar with a situation said. Rookie needs surgery and is expected to miss the rest of the season. https://t.co/EJIR9GnArv

It is worth mentioning that Matt Waletzko has been carrying this injury since his last year of college football with North Dakota State in 2021. In fact, the tackle missed the final game of the season due to said injury. This, however, did not prevent him from participating in the Senior Bowl or in the scouting processes prior to the NFL Draft.

However, the rookie relapsed into that injury early in Dallas training camp. This severely limited his chances of becoming the team’s backup tackle this season by not getting enough practices over the summer. However, Waletzko was able to participate in the final preseason game against the Seahawks. There he showed a better performance than Josh Ball, his competitor for the position.

One thing I love about Matt Waletzko besides his orangutan long arms is his football smarts. He recognizes stunts well and positions himself where he needs to be. Good debut by the rook. pic.twitter.com/N04zReJow2

It is worth mentioning that the coaching staff of the Cowboys already valued that Waletzko underwent surgery to repair his injury. In fact, it was estimated that the rookie would be operated on once the season was over. However, the reappearance of the injury this Thursday will force the surgery to be brought forward.

In this way, Matt Waletzko’s rookie season would be coming to an end. Aside from the preseason game against Seattle, the North Dakota State product only had one offensive snap with the Cowboys in the regular season. However, that snap came on an important play: a block for Ezekiel Elliott to score a touchdown in Week 3 against the New York Giants.

After Cowboys LT Matt Waletzko’s shoulder subluxation in practice today, his rookie season is expected to be over. His only offensive snap from him was memorable: a touchdown. https://t.co/EJIR9GnArv https://t.co/ip7wUldXbt pic.twitter.com/RaUJLxJVN1

At the moment, the exact discharge time of Waletzko after his operation remains to be confirmed. Depending on this, it will be determined whether or not the tackle will miss the rest of the campaign. The only sure thing, though, is that the Cowboys will put the rookie on injured reserve in the next few hours.

Now, it remains to be seen whether Dallas decides to bring in a backup tackle position. At the moment, the only players on the active roster who can fill that role are Josh Ball and Jason Peters. However, Ball’s poor performance during camp and the preseason could motivate the team to upgrade a player from the practice squad. Or, add an outside free agent.

Without a doubt, the loss of Matt Waletzko means the loss of an important talent for the rest of the season for Dallas. Let’s just hope this is one of the few offensive line casualties the Cowboys have this season. This, as we well know, because the cowboy team is somewhat short of troops in that unit on its roster.