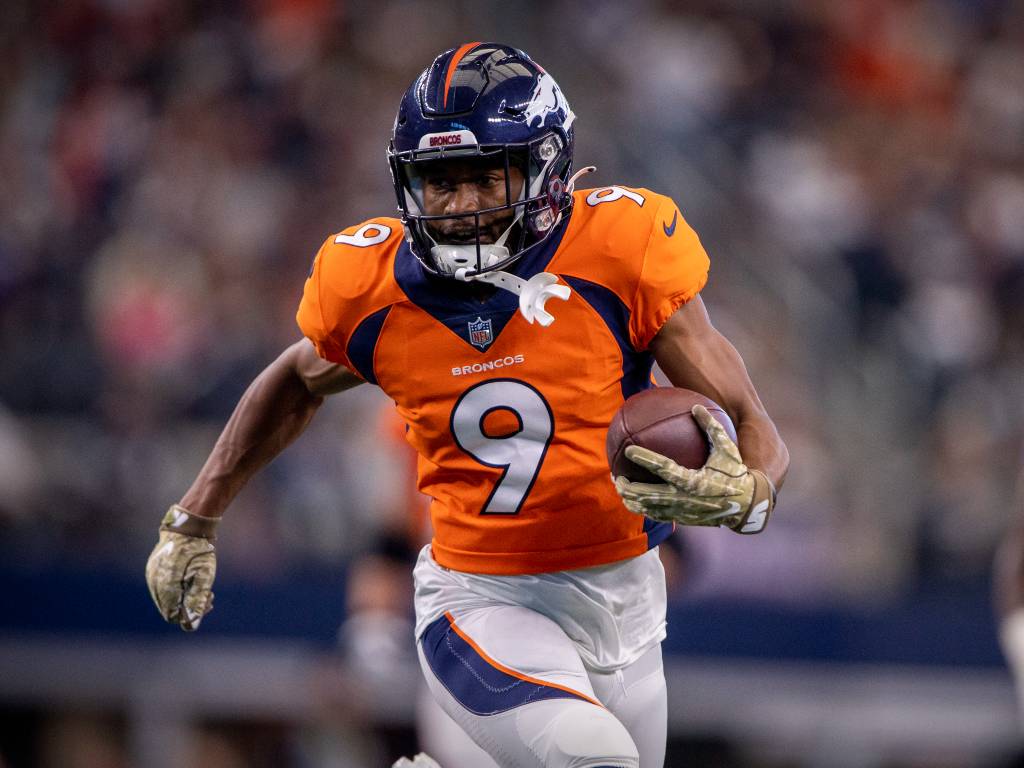 Until Monday and Tuesday of this week, the league reported 75 players with positive results for coronavirus, and the two days later they set new records in infections.

The 75 players represent approximately 3.4% of the footballers in the NFL.

For the past two days, the Browns placed 14 players on reserve / Covid-19 list, potentially leaving them low handed for their next game.

If this week’s outbreak in Cleveland represents a bigger trend, the league could have a painful few weeks.

The NFL would like to avoid a repeat of the chaotic 2020 season, but it would be difficult

Over the span of 14 weeks, the 2021 NFL season has gone relatively well.

Although some players were forced to miss key games by Covid-19 – notably Aaron Rodgers of the Green Bay Packers – virus-related absences have been less eventful than in 2020.

Last year, before the prominence of vaccines that led to the winter wave of the virus, a few weeks quickly turned into chaos.

The games were canceled on short notice. The weeks off were shuffled like Jenga blocks, as the season threatened to collapse.

The Denver Broncos were forced to play a game without a quarterback. The campaign was completed with some normality, but there was clear evidence that the NFL narrowly avoided a major disaster.

By comparison, this season had gone from strength to strength, until this week. Among the relatively high vaccination rates across the league – except for a few quarterbacks stubborn – and protocols that seemed to be working quite well, the NFL hasn’t canceled or postponed a game.

That could change soon.

Three of those teams – Browns, Rams and Washington – are in the middle of one of the closest playoff races the league has seen in recent years. One game could make the difference between making the postseason or not.

With the recent outbreaks, some decisive matches could be played by “deflated” teams, if they can be played at all.

Thanks to vaccines, the NFL took a tough stance this season against the schedule moves that existed in 2020. Over the summer, it released a new policy on games affected by Covid-19:

“In light of the substantial roster flexibility for the 2021 season, without medical considerations or government directives, games will not be postponed or rescheduled to avoid roster problems caused by injuries or illness affecting multiple players, including within a position group ”.

Between the expanded practice rosters, shots and protocols, the NFL hoped players would be able to stay on the field.

Also, since we are already in week 15 of the campaign, all teams already had their week off. Even if the league were willing to work with teams going through a difficult outbreak, there is no leeway.

Unless a week 19 is added – an outcome the NFL wants to avoid – the schedule can only advance as written.

Although vaccinated players could still play this week’s games, they will need two negative tests taken 24 hours apart before they are cleared to do so.

Even if they pass, they’ll hit the field cold, with less practice and preparation than they normally would for critical games.

NFL policies were written to punish teams for outbreaks among unvaccinated players, but it’s unclear if that’s the case.

Although the NFL announced in the offseason that teams unable to play due to a Covid-19 outbreak will face game loss, the rule is written in great detail.

According to the NFL (emphasis ours):

“If a game cannot be rescheduled within the current 18-week schedule and is canceled due to a Covid-19 outbreak among unvaccinated players on one of the competing teams, the franchise with the outbreak will lose and will be deemed to have played 16 matches for draft purposes, resignation priority, etc “.

A similar distinction was made in the NFL rule about covering the cost of potentially canceled or rescheduled games.

“If a game is canceled / postponed because a team is unable to play due to a Covid-19 outbreak among its unvaccinated players / staff or as a result of it, then the cost of the cancellation or delay will fall on the franchise experiencing the infection. by Covid-19 “.

“We seek to minimize the burden on the opposing team or teams. If a franchise cannot play due to a Covid-19 outbreak among vaccinated individuals, we will try to minimize the competitive and economic burden on both participating teams. “

At that point, the NFL tried to send a message: Get vaccinated. However, the wording of the policy could leave the league out on how to handle the outbreaks, depending on whether the players who tested positive are vaccinated or not.

In July, Browns general manager Andrew Berry said that more than 90% of its workforce received at least their first dose of the vaccine.

Given the distinction the league made in punishing outbreaks of vaccinated and unvaccinated players, the Browns may not be fully hooked if Saturday’s game is canceled.

However, NFL spokesman Brian McCarthy said: “There has been no discussion about changing the state of the game as of this Wednesday.” according to ProFootballTalk.

It seems unlikely that the NFL will empty stadiums anytime soon, or drastically alter its schedule, as it did in 2020.

However, it could take some more aggressive actions to contain what would become a campaign-changing outbreak of infections.

The nfl sent a memo this monday in which he informed teams that all Level One and Level Two employees – a group that includes coaches and other team personnel who regularly interact with players – must receive a booster shot by Dec. 27.

The league never required footballers to be vaccinated, but strongly encouraged vaccination by setting a stark contrast in the ease of movement available.

With the new requirement for Level One and Level Two employees, could establish a new set of protocols to encourage players to receive a reinforcement.

A deal would have to be negotiated with the players union (NFLPA), which will likely be more difficult midseason. Still, the new employee rules say reinforcements are the most important thing to the NFL right now.

Additionally, the league could choose to re-examine the vaccination status of its players.

In accordance with a report by Kalyn Kahler of Defector in September, the prominence of fake vaccine cards is a potential problem. One agent estimated that 10-15% of NFL footballers have a fake card.

Trouble flared for the NFL after Buccaneers wide-open Antonio Brown was accused of acquiring a fake vaccination card at a report by Rick Stroud of the Tampa Bay Times.

If fake vaccination cards are as big of a problem as some believe, the NFL would work to re-check the vaccination status of the players who received their doses outside of their team’s facilities.

Across the world of sport, an increase in Covid-19 cases has been observed.

“As in the rest of the country, and as predicted by our infectious disease specialists, we have seen an increase in cases in the league,” said NBA spokesman Mike Bass, reported the New York Times.

“As we have done since the pandemic began in March 2020, we will continue to follow the science and data and, in close collaboration with the players association, update our protocols as deemed appropriate by our medical experts,” he added.

In Europe, England’s Premier League is waging a similar fight, with Tottenham, Manchester United and Watford postponing recent games due to breakouts.

For all three leagues, 2021 has felt closer to normal compared to the overwhelming cloud of doubt that existed last year.

Unfortunately, in the last three days, the picture has been clouded again.

ALSO READ: The Technology Behind the NFL: 5 Practical Uses of Game Statistics in American Football