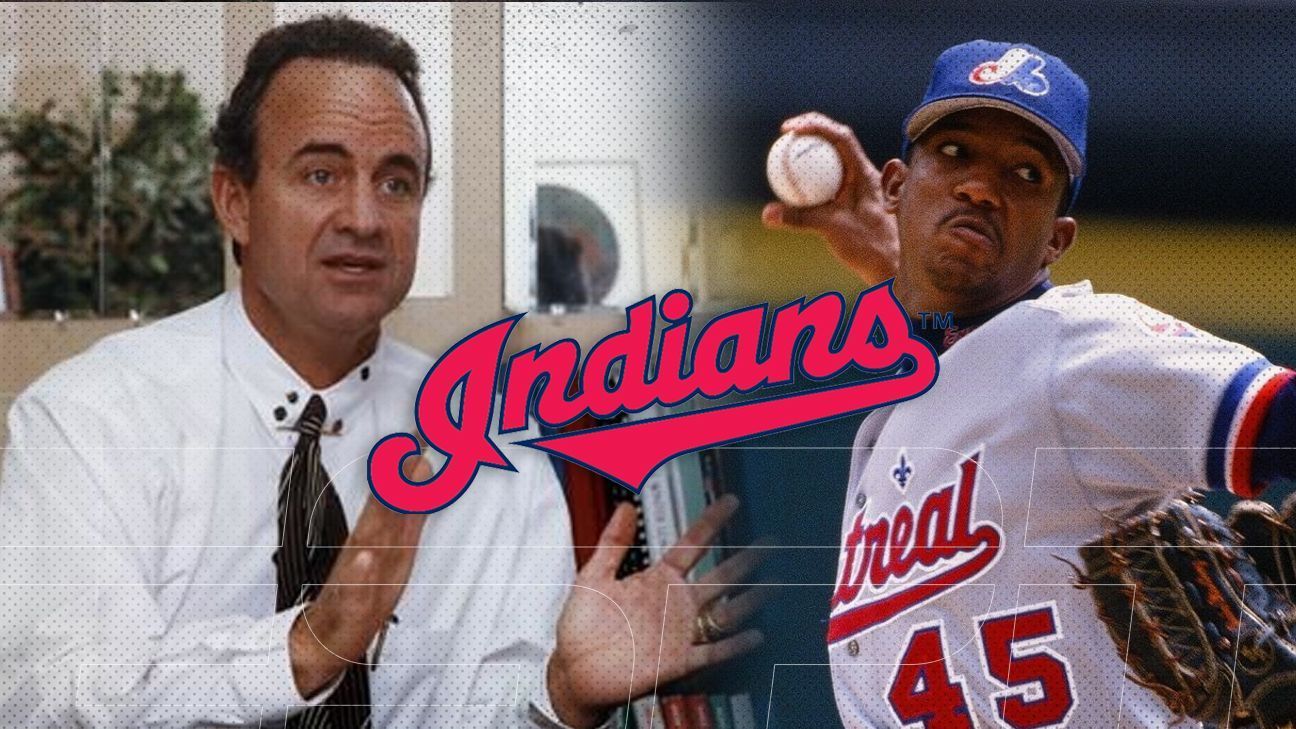 Former Cleveland Indians general manager John Hart confessed to Dominican pitcher Pedro Martinez that he had the opportunity to get it via trade and decided to decline the opportunity.

We have all found ourselves faced with a decision that could have definitively altered our history. This is especially true when it comes to choices to be made by team managers who are entrusted with the future of a franchise, hence the importance of a position as CEO.

Obviously, in any case, the decision that one understands is correct at the time is made and what remains is to wait for the consequences. However, after a while one might come to realize that he made a serious mistake. Such is the case of John hart, a person who for twenty seasons (between 1991 and 2001) was the general manager of Cleveland Indians and whoever made perhaps the worst mistake in the history of the Ohio state franchise, not getting a Pedro Martinez in a change from Montreal Expos (today Washington Nationals).

Hart first confessed during an interview with himself Pedro Martinez on MLB Network that for the year 1998, after having lost game seven of the World Series 1997 in front of Florida Marlins (today Miami marlins), had a golden opportunity to change for the current member of the Cooperstown Hall of Fame.

“I had the opportunity to make a change for Pedro”, He begins by saying John hart, before speaking directly to Martinez, reminding him that it was changed during the winter of 1997 to Boston Red Sox by the pitcher Carl pavano and a player to be named later (who ended up being also the pitcher Tony Armas Jr.).

“This was during the winter meetings of 1997, we had just lost game seven of the World Series. The next week after that, we showed up (to the meetings), we had to Jaret wright already Bartolo Columbus, two excellent young pitchers who were moving up in a small market team, Jim Beattie (general manager of the Expos in 1997) calls me and says “let’s move Pedro”, I am surprised and he just tells me, we started the change with Columbus and Wright”.

Hart He narrated that, at that time, coming from losing a world series and with two low-cost pitchers for the team, he called the owner of the team and they talked about the cost that it would represent to have Martinez on the team and eventually renew the contract, so decided to decline the offer.

History would end up proving the serious mistake that the Indians, after just two seasons later, “The big one”Had the most impressive statistical season in history for a pitcher up to that point and it followed with another even more surprising season, making him worthy of two awards Cy young consecutively (reaching three in total, after having won their first in 1997). He was also key in the 2004 team of Los Red Sox that broke the drought of more than 80 years without championship World Series.

On your side, Bartolo Columbus went on to establish himself as a stellar pitcher and earn a Cy young in 2005, but was changed by the Indians three years before that towards Expos, while Jaret wright had a couple of good seasons in MLB, but never quite established himself as that pitcher who Hart thought it would be.

The worst mistake in the history of the Indians, let pass Pedro Martinez.