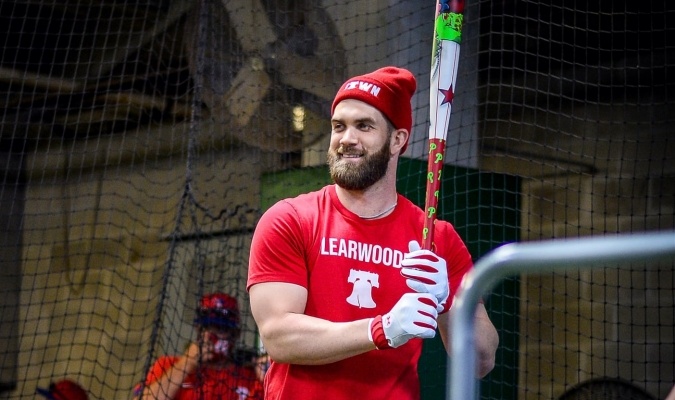 A lockout means no baseball, which is a huge waste of talent from Bryce Harper’s point of view.

Then, if Harper wanted to play baseball somewhere else, for example, Japan’s Nippon Leaguewould it be allowed?

The Players Association has stated that it would support any attempt by a player to play professionally elsewhere during the lockout. Harper’s veiled threat could come true soon, if he’s serious.

Harper hitting up the Nippon League because he’s sick of waiting for the lockout to end ðŸ’€ðŸ’€ðŸ’€ pic.twitter.com/hkF2gvcLLm

Harper would take a lot of viewers to Japan, if she’s allowed to. During a sports hiatus early in the pandemic in the United States, the KBO gained popularity among American baseball fans. The same thing could happen if Harper and other pro baseball stars at the highest level chose to play in their own league, or in another, such as Japan or the KBO.

Would the Phillies allow it?

According to Ken Rosenthal, hea MLBPA would defy any attempt by the league to limit the number of players playing elsewhere during the lockout.

From the work stoppage guide distributed to player agents before the lockout… https://t.co/xbIJVrhOxY pic.twitter.com/p9rPeVacOB

Obviously, if the lockout were to end, those players would have to come back, but it’s a risk the owners are taking by dragging out this process.

Hopefully a new deal will be struck soon, but if it drags on, expect some MLB talent to play overseas. It’s a once-in-a-lifetime opportunity for some of the best players to expand their brand and play in environments they never thought possible.

Will the Phillies allow Bryce Harper to play in Japan?