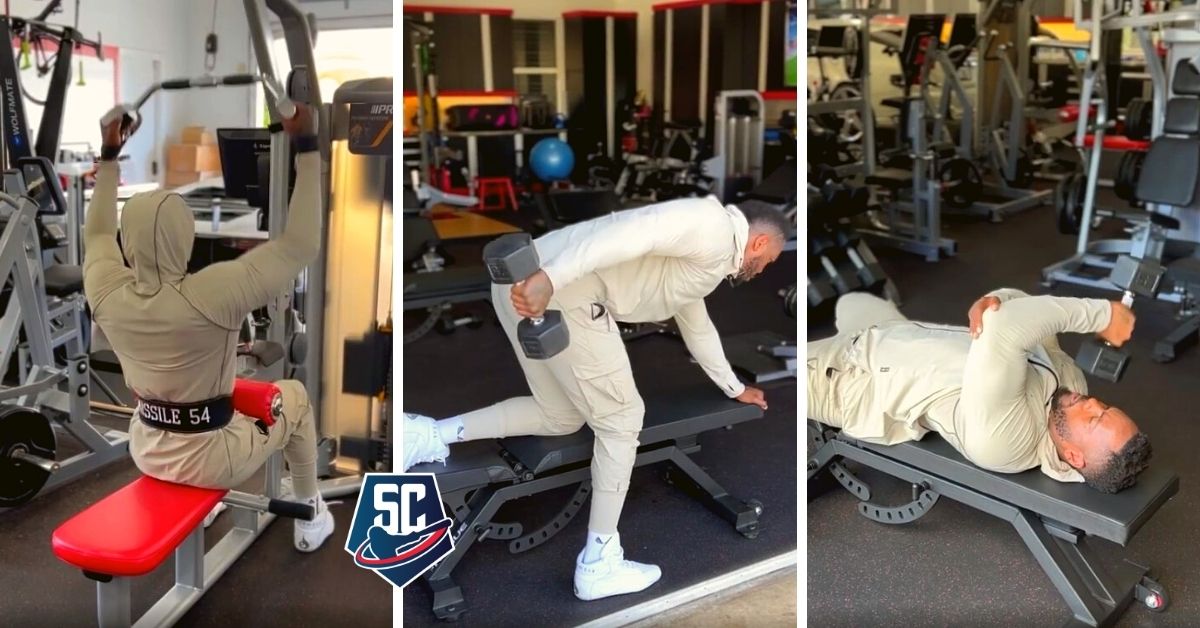 The best Cuban closer of all time; Aroldis Chapmanreappeared on social networks and did it his way, leaving a video on his Instagram account of a training session at his private gym, in which he left a phrase that is the summary of his successful career: «Success is the sum of small efforts that we repeat day after day”, a maxim that “El Misil” has carried with him throughout his career, not only in the Major Leagues, but since his time as an athlete on the island.

In the video Aroldis shows off the quality of the installation, it is without a doubt a gym that invites you to exercise, not only because of its spectacular nature, but also because of the variety of elements it has. In a fragment of the video, some of his luxurious backgrounds are observed, so everything seems to indicate that he is in the garage of his house.

But it is not enough to have all the possibilities and conditions, the daily effort of the athlete is even more important and for this reason, the phrase that accompanies the post could not be more representative. It is no coincidence that Aroldis went from being a slim and lanky pitcher, to possessing an enviable physique, one of the keys for, at almost 34 years old, he is about to start his 13th season in the best baseball in the world, the seventh with the Yankees, if we count 2016, in which he ended up playing with the Cubs.

Chapman already has 306 saves and 1,002 strikeouts in his career and has done so pitching just 603.2 innings, something that seems from another galaxy. In his last campaign, although it was not one of the best for him, it was enough for him to save 30 challenges for the eighth time in his career, in addition to scoring six wins and four losses, with an ERA of 3.36, WHIP of 1.31 and an opponent batting of only .182. He struck out 97 in 56.1 innings (15.5 K/9) and walked 38.

Comments like: «And then they ask why he keeps pulling hard, there’s the answer«, the applause of the great José Ariel Contreras, a true example of sports longevity; or the Venezuelan Alexis Riveros, crowned the publication of the Holguín, in addition to having generated, until the moment of closing this note, more than 20,000 reproductions.

Chapman seeks to return to his best version and will try to show that despite his age, he still has a lot to contribute and will once again be the star closer of the New York Yankees, for which he prepares and strives for it day after day, as well mentioned in the title of your post.

VIDEO: Aroldis Chapman made his home gym public and it’s on ANOTHER LEVEL