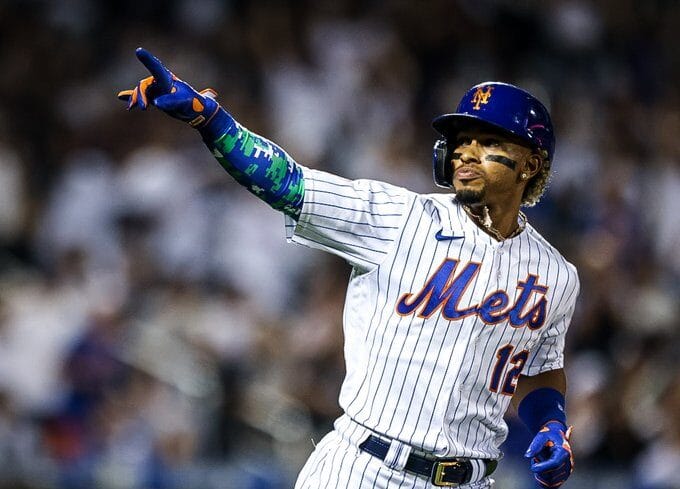 If we want to see something in the 2022 season of Major League Baseball – MLB to the Mets from New York, who are disbursing many amounts of money and that is why below we show you the baseball players of this team with better wages for the coming course of the best baseball in the world.

Since last year, a lot has been expected from these New York Mets, who broke the market by hiring Francisco Lindor and in the face of 2022, they signed one of the best pitchers in the Major Leagues as Max Scherzer, waiting in the coming season be able to qualify for the Playoffs, which is why they will have heavy financial expenses, since they will have players with high salaries in their ranks, who will be among the best paid in the entire circuit, this due to their juicy contracts.

The Mets and the three-time Cy Young Award winner completed a three-year, $ 130 million million dollar pact and with him and Jacob deGrom, they will have a luxury rotation in MLB 2022 and his salary after this signing will be a total of $ 43,333,333.

The Puerto Rican will play his second year with the Mets in 2022 and will seek to show why he is one of the best shortstops in all of the Major Leagues and with a salary of $ 34,100,000, he will try to guide the team that Buck Showalter will lead to the World Series.

For many, the best starting pitcher in the MLB, he will seek in 2022 to be healthy and be just as effective and dominant as when he is fit, he will face the next season with a brilliant teammate like Scherzer and also, he will earn a salary of $ 20,500,000.

It is still uncertain what will happen with the Dominican in the 2022 season, but after being under contract with the Mets and being free of suspension, we think that he will play his third season in MLB with this team, where he will win an amount of $ 20,250,000.

The Mets for the 2022 season of the majors are expected to spend more than $ 250 million (only in salaries) and without a doubt, the fans of Queens will want them to transcend the Playoffs and beyond, the World Series.