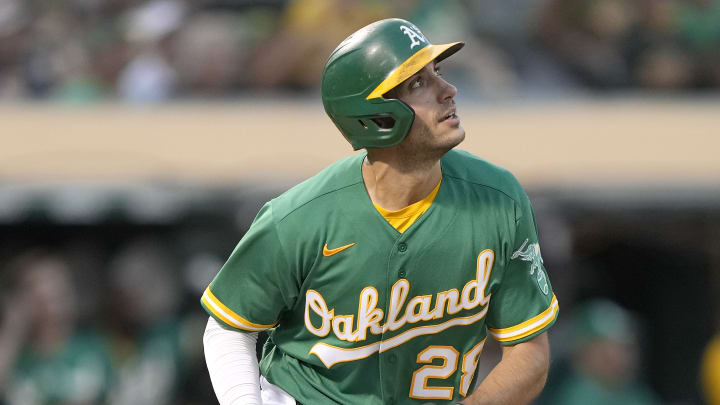 Matt Olson’s arrival at the Atlanta Braves suggests that Freddie Freeman will wear a new jersey in the 2022 season of the Big leagues. The first baseman came from the Oakland Athletics, in a trade that involved five other players.

With the addition of Olson, the Braves have managed to shield their infield for the next campaign, in which they will defend the title won in 2021, when they beat the Houston Astros.

Next, we present the luxury infield that the Atlanta Braves will have in 2022.

Olson is coming off his best season in the MLB, in a difficult stadium for hitters like Oakland. He set career highs in batting average (.271), runs scored (101), hits (153) and doubles (35). Additionally, he had 39 home runs and 111 RBIs in 156 games. In 2021 he was called up for the All-Star Game and it is expected that in Atlanta he will have another great year.

Albies is a guarantee of good defense and a happy bat for the first positions of the Braves’ lineup. The Curaçao is coming off a dream season, with tops in home runs and RBIs. .The infielder left in 2021 a .259 average, with 30 home runs, 106 runs batted in, 103 runs scored and an OPS of .799, after participating in 156 regular round games. If he stays healthy he can keep increasing his numbers.

Riley is coming off a fiery postseason with the Braves, key for the Atlanta team to win the World Series title. In 2021 his start was somewhat slow but later he became among those voted for the National League MVP award. He hit 27 home runs and drove in 89 runs last season and hopes to repeat his timely offense in 2022. Plus, he’s been a leader in the Braves’ clubhouse.

The Braves infield is always well supported by the glove of Dansby Swanson, who has also shown good offense, especially in important moments. He is coming off of setting career highs with 27 homers and 88 RBIs in 2021, so he is projected to be one of great offensive stats in 2022.