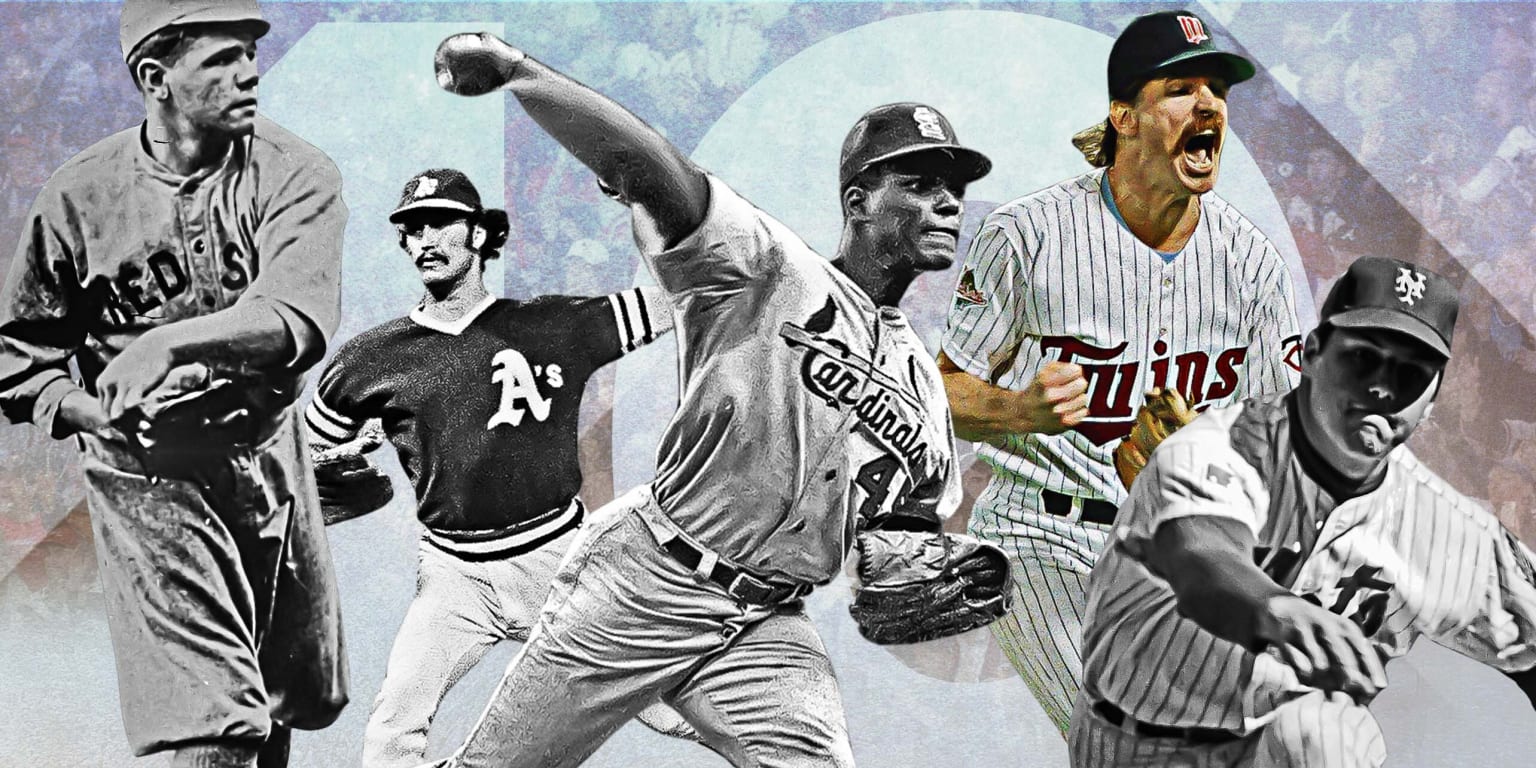 Thirty years ago, on February 5, 1991, the Twins signed Jack Morris to a one-year contract. The right-hander finished that season with one of the most memorable pitching performances in playoff history – a 10-inning shutout in Game 7 of the World Series.

It’s the kind of gem that has disappeared from the game. No pitcher has worked more than nine innings in a postseason game in the 30 years since the Morris jewel.

In fact, there hasn’t been a complete nine-inning game in the playoffs since 2017, and there hasn’t been a shutout since 2016. But when the aces of old hit the mound, they sometimes went 10 innings or more. In honor of Morris, let’s review the best of those performances.

Here are 10 of the best starts of 10 or more innings in postseason history.

In one of the greatest pitching matchups of all time, Morris led the Twins to a World Series title with a 10-inning shutout of the Braves in Game 7 at the Metrodome. He outplayed John Smoltz, who pitched 7 1/3 scoreless innings, and was on the mound until Gene Larkin hit a walk-off single in the bottom of the 10th inning. Morris’s jewel cemented his legacy as a postseason hero and cleared his path to the Hall of Fame.

Gooden battled Nolan Ryan at Shea Stadium in a key Game 5 of a thrilling series between the Mets and Astros. Ryan, who was 40 at the time, pitched nine innings, in which he allowed just one run and struck out 12 batters. But Gooden, just 21 years old and one of the most electrifying aces in the majors, pitched 10 one-run innings to keep the Mets in the game. His gem paid dividends in the bottom of the 12th inning, when Gary Carter hit a walk-off single to give the Mets a 3-2 series lead.

Knuckleballer Niekro faced Mike Schmidt, Pete Rose and the Phillies in that game at the Astrodome in a best-of-five series in which the last four games were decided in extra innings. Niekro, who was at the height of his career, went 0-0 for 10 innings. He retired Rose and Schmidt in his final inning, and the Astros ultimately won, 1-0, on Danny Walling’s sacrifice fly in the bottom of the 11th.

Holtzman and Mike Cuellar climbed the mound for a series between two powerhouses, the A’s and Orioles. The two pitchers each allowed just one run and forced extra innings. Holtzman allowed just three hits in 11 innings on the mound, and after he came off the top of the 11th inning, Bert Campaneris hit a walk-off home run off Cuellar. Cuellar, who gave up just two runs and struck out 11 batters in his outing, took the loss. Holtzman and the Athletics ended up winning the World Series.

Seaver led the Mets to a commanding lead over the heavily favored Orioles with a strong performance in Game 4 of the World Series at Shea Stadium. Although Baltimore managed to break the shutout and tie the game at 1 in the ninth inning, New York’s ace continued to pitch in extra innings, and got out of trouble in the top of the 10th inning with a strikeout. The Mets scored the game-winning run in the bottom of the inning to take a 3-1 series lead and clinched their first World Series title the next day.

McNally helped the Orioles sweep the Twins in the 1969 ALCS by neutralizing a Minnesota offense led by Rod Carew, Harmon Killebrew and Tony Oliva. McNally struck out each of them once in an 11-inning shutout at Memorial Staidum. Baltimore won the game on a walk-off hit by Curt Motton in the bottom of the 11th inning.

Gibson had several standout performances in the postseason. This was the first. The Cardinals legend had lost his first start of the 1964 Fall Classic to the Yankees, but dominated the Bombers in Game 5 and again in the decisive Game 7 to be named World Series MVP. Gibson would have had a shutout if Mickey Mantle — whom he had struck out twice — hadn’t reached base on a defensive error in the ninth inning. The Yankees tied the game on Tom Tresh’s two-out homer, but Tim McCarver hit the go-ahead homer for St. Louis in the top of the 10th and Gibson completed the win.

The Dodgers were on the brink of elimination against the rival Yankees, already going into Game 6 at Ebbets Field down three games to two after Don Larsen’s historic perfect game in Game 5. But Labine kept Brooklyn alive with his own gem, silencing a Yankees lineup that featured Mantle and Yogi Berra. Jackie Robinson hit a walk-off single to left field in the bottom of the 10th inning, and the Dodgers forced a Game 7.

Ruth’s first big World Series performance was as a pitcher, not a hitter. Ruth authored what remains the longest pitching outing in postseason history by throwing a complete game of 14 innings to beat the Brooklyn Robins. After giving up an inside-the-park home run in the first inning, Ruth pitched 13 shutout innings. The Red Sox won the game on Del Gainer’s walk-off hit in the bottom of the 14th inning, and Ruth’s jewel helped them win their second straight World Series.

Mathewson pitched the first extra-inning shutout in postseason history during a matchup between two “heavyweights” of early baseball: John McGraw’s New York Giants and Connie Mark’s Philadelphia Athletics. At Shibe Park, Mathewson silenced a lineup led by Eddie Collins, striking him out twice in the game. The score was still scoreless in the bottom of the 10th inning when Mathewson singled to give the Giants the lead. After Mathewson retired two Hall of Famers, Collins and Home Run Baker, the Giants scored two more times to win 3-0.