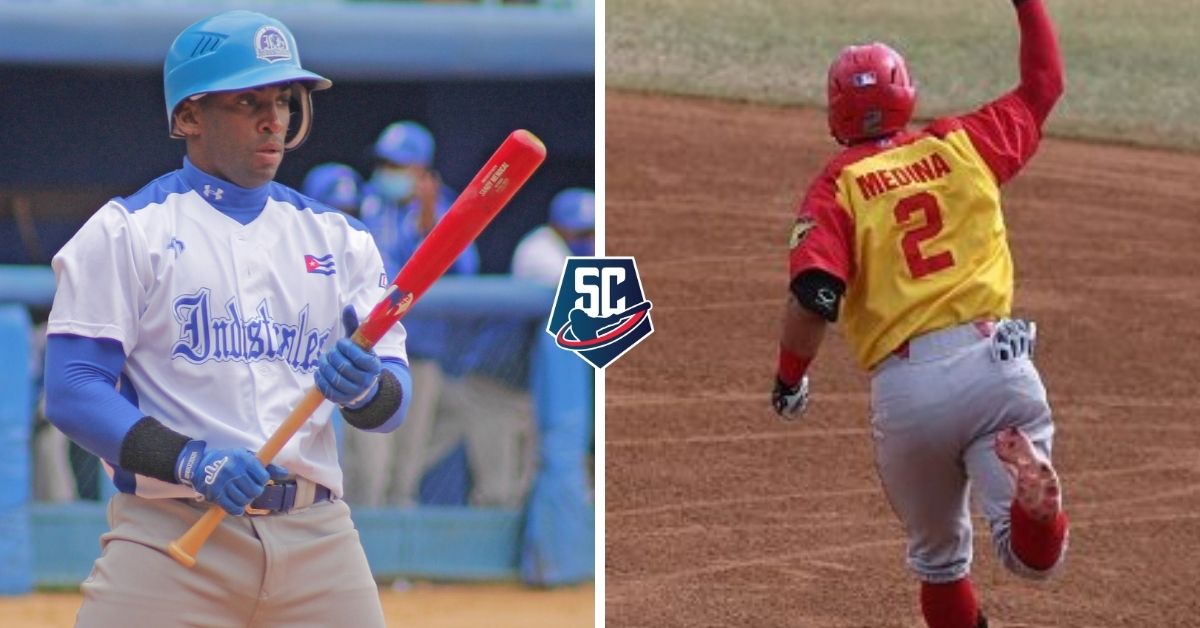 In a day with a wide dominance of the batters, the Matanzas Crocodiles (10-3) knocked out the Artemisa Hunters (6-7) in eight innings. The Industriales de La Habana (7-6) were superior to the Elefantes de Cienfuegos (5-9) in their first visit of the season to the “5 de Septiembre” stadium. Meanwhile, Villa Clara (7-6) and Sancti Spíritus (7-6) defeated Isla de la Juventud (6-8) and Holguín (3-11) with the same score, respectively.

Beating of Matanzas to Artemisa

Armando Ferrer’s troops once again gave another blow of authority in the 61 National Series. The runners-up of the last contest outscored the Artemiseños 11×1 and caused the Victoria de Girón fans to leave the facility before the ninth episode.

Aníbal Medina, the first man in the Matanzas lineup, led the team offensively. The waiter hit a home run in two official visits to the batting cage, drove in four teammates and scored twice. Likewise, of the nine regulars of the yellow and red team, only Julio César González went blank. Meanwhile, those from the swamp fired 14 hits.

You may also like: Granma LEFT Mayabeque ON THE FIELD, Ciego de Ávila avoided the sweep. Summary Series 61

On the other hand, José Antonio Jiménez, with a pair of hits in four legal innings, drove in the only run for the visiting team. Similarly, veteran Dayán García also doubled, although he did it three times, including a two-pad hit.

The victory in the challenge went to the account of Camagüeyan left-hander Dariel Góngora, who scored a quality start and the second victory in the tournament, after working six complete innings with one earned run allowed, four hits and three strikeouts. Through the narrow door, Manuel Murgado came out, who filed his second setback of 2022, the third of his career and is still looking for the first “smile” in the National Series.

Bats heated up in Cienfuegos

In a challenge with ups and downs in the “Pearl of the South”, the Industriales and Cienfuegos bats heated up. Finally, the people of the capital took the victory 14 × 10, with victory for pitcher Andy Vargas and offensive highlight of shortstop Sandy Menocal.

Vargas entered as a relief in the bottom part of the fourth chapter, replacing Remberto Barreto, who took the place of starter David Mena. In that inning, when the sureños equalized the actions, the right that obtained the first success of Industriales in this contest stopped the local battery. Andy closed his performance with three runs allowed, four hits and seven batters retired by way of strikes.

For his part, Sandy Menocal, after receiving much criticism for joining the team from the capital, continues to defend tooth and nail his permanence in second place. Against the Elephants he had three hits in six official at-bats, including a home run – the second of his career and the first with the Blues – and a bi-angular. In addition, he scored four times and drove in two teammates.

The experienced captain from Cienfuegos, Pavel Quesada, assumed the role of leader and hit an unreachable par in five at-bats, including a home run with the bases loaded. The third baseman drove in half of his team’s runs. Meanwhile, the defeat went to the records of Marlon Muñoz.

Villa Clara was superior to the Island in the Sandino

The actions between Villa Clara and Isla de la Juventud were decided at the end of the second inning. When it seemed that the pineros would have real options to fight for the match, the sugar producers made nine runs in the “Augusto Cesar Sandino”, in a clash that ended with a score of 11×5.

Alain Sánchez scored the second success of the season and Yunier Gamboa fell for the second time in the race. Rookie José Carlos Quesada saved the first game of his Cuban baseball career.

You may also like: REPORT: Possible suicide cost the life of a 47-year-old ex-player

Ariel Pestano Jr. stood out among his teammates with the wood. The young catcher, with two hits in four at-bats, a couple of RBIs and a score, shone in the sugar lands. Meanwhile, Jhony Hardy –for the Pinero team- hit three hits in four official turns.

In the “Calixto García”, the Holguín Cubs were unable to take advantage of their locality and ended up losing 11×5 to the Sancti Spíritus Roosters. During the nine innings, the visitors maintained dominance, with an offense that ended up producing a total of 17 hits, to only eight for the Holguin players.

The victory went to the account of rookie Alex Guerra, who pitched six solid innings, in which he only had five hits and allowed three earned runs. Luis Ángel Gómez went out through the narrow door.

Prospect Carlos Gomez had a perfect afternoon, with five hits in as many at-bats, including a homer, a pair of doubles, five RBIs and two runs. For the Cubs, Edilse Silva and Yasiel González disappeared the ball from the park.

The bats got HOT between Blues and Elephants, BEATING from Matanzas to Artemisa. Summary Series 61