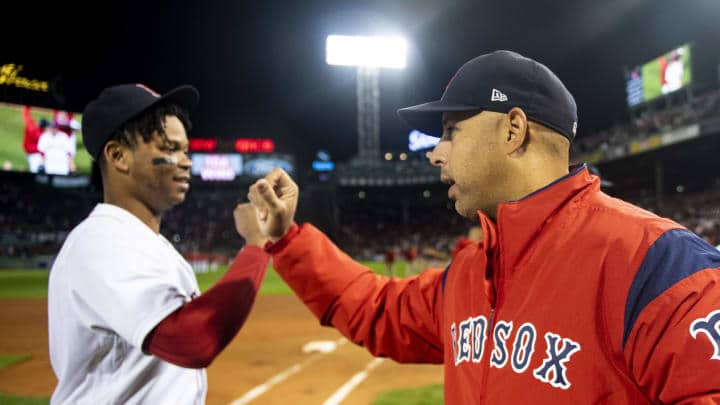 Alex Cora the manager for the Boston Red Sox (Red Sox) talked about the great season 2021 of MLB What is the Dominican having so far Rafael Devers.

Alex Cora cataloged as sensational the great season he is having Rafael Devers And that for the Puerto Rican, the Dominican does not usually start in the way he did in MLB 2021 and that summer has always been fun for him from the Dominican League to the Major Leagues.

Even Alex Cora consider that Rafael Devers will continue to improve in the season 2021 of MLB, since he has worked hard, the Puerto Rican still remembers when the Red Sox They went to Houston and 45 straight runs were thrown at the Dominican and he couldn’t get there and that was the big point during the season, since it forced him to make adjustments and now they saw what he did yesterday against Gerrit Cole, what he had done to him before, he has done an excellent job.

But for Alex Cora all of Rafael Devers begins in the dead season of MLB where Rafi He did an excellent job preparing himself physically… And it is paying dividends.

Alex Cora added that Rafael Devers He is only 24 years old and that people forget that despite everything he has done, he turns 25 in October and we can talk about Soto (Juan), Tatis (Jr. Fernando) and Vladi (Vladimir Guerrero Jr.) and Rafi… He has done a lot more than them in his career and already has a World Series ring too, so when we talk about Major League Baseball stars we have to talk about Rafi And when we talk about young stars we have to make sure that Rafi is in that conversation of the best of the best, closed the manager.

But since it is also about time that the Red Sox do more for Rafael Devers As for his salary, especially with a minimum contract extension for the 300 million dollars that Mookie Betts rejected.