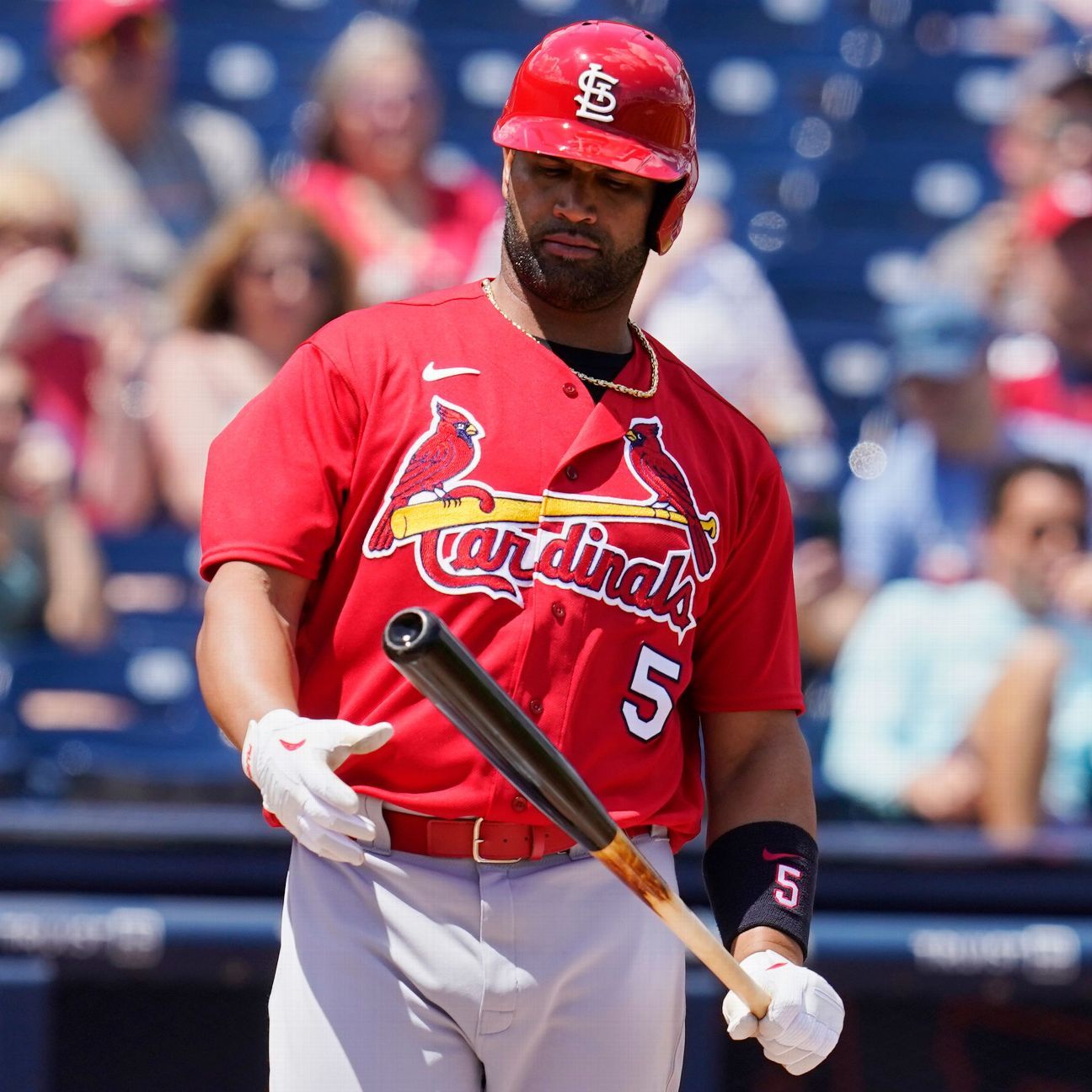 WEST PALM BEACH, Florida, USA — Minutes after Albert Pujols hit his first hit since returning to the St. Louis Cardinals, he received a text message telling him his wife’s brain surgery was a success.

As Pujols was getting ready to make his spring training debut, his wife Deidre posted on social media that he was preparing for surgery to remove a brain tumor that was discovered in October.

Pujols signed with St. Louis and arrived at camp Monday knowing his wife was getting ready for surgery, which doctors called a routine procedure.

“But every time they open your skull, you always worry,” he said. “You trust the doctors, they have the knowledge and the gift. Just like we hit the cage, they do operations.”

Knowing that Deidre’s mother and family were there to support her, Pujols has no intention of leaving training camp and returning to California to be with his wife. He could travel in the days between the end of the camp and the start of the campaign.

The Dominican agreed to a one-year, $2.5 million deal with the Cardinals, getting a chance to end his career where he started. After a decade in Los Angeles, he returns to St. Louis with 679 home runs.

Pujols says he has always been able to divide his personal life and baseball.

“I think about it, but when it’s time to lock down, I focus on what I need to do,” Pujols said. “Yes, my thoughts and prayers are with Didi and my family.”

His first at-bat since returning to St. Louis came with the bases loaded and no outs in the top of the first against Washington pitcher Aníbal Sánchez.

The star doesn’t expect to be in the Cardinals’ lineup on Thursday, but if all goes well, he would play Friday against the New York Mets.

At some point before St. Louis finishes camp, Pujols will play first base, manager Oliver Marmol has promised.

Pujols debuts with Cardinals; his wife comes out of surgery