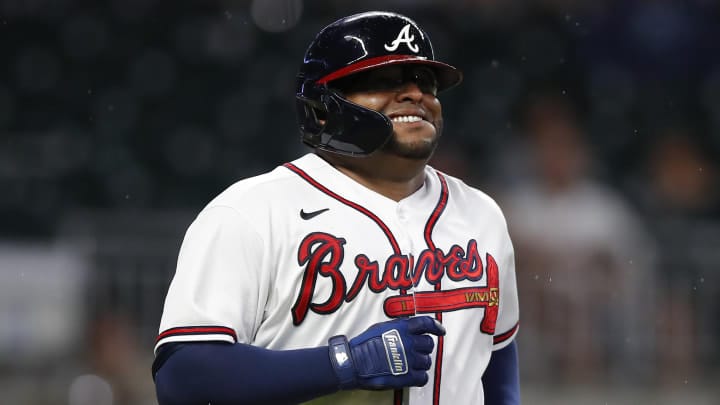 The Venezuelan baseball player Paul Sandoval talked about the rule universal designated hitter that they will implement from the season 2022 of the Major Leagues – MLB.

Through an interview with the Venezuelan journalist Víctor Boccone, Pablo Sandoval broke the silence and gave his point of view on the universal designated hitter rule in the 2022 Major League season, where pitchers will no longer hit in the National League and where he spoke about a possible return to the best baseball in the world.

“May it be what God wants, if I am given the opportunity to return to MLB, excellent. The fact that they announced the DH in the National League didn’t change my plans at all. I continue with my own goals”, said “El Panda” Sandoval clearly.

Sandoval made it clear that this did not change his plans, recalling that he recently signed with the Acereros de Monclova of the Mexican Baseball League, however, it is good to note that this rule could have favored the Venezuelan, but it seems that he had a clear horizon and for now, he preferred to go to Mexican lands and not back to the MLB.

The Venezuelan could play as a first or third baseman, but without a doubt that as a DH he could contribute even more and seeing how he performed in the Venezuelan Professional Baseball League and the Caribbean Series, he would have been an option for any Major League team, however , right now he is clear about what he wants, that is, without closing the doors to return to the United States.

Neither Universal DH nor anything will make Pablo Sandoval lose his focus, since he has high expectations of taking on the challenge of playing the LMB with the Steelers, bearing in mind that it is a team with a lot of tradition and hope to contribute his bit of arena to fight for the championship with the Coahuila team.

Records in the Majors

Pablo Sandoval on a possible return to the MLB, after the Universal DH: “May it be what God wants, if I am given the opportunity to return to #MLB, Excellent. The fact that they announced the DH in the National League didn’t change my plans at all. I continue with my own goals”