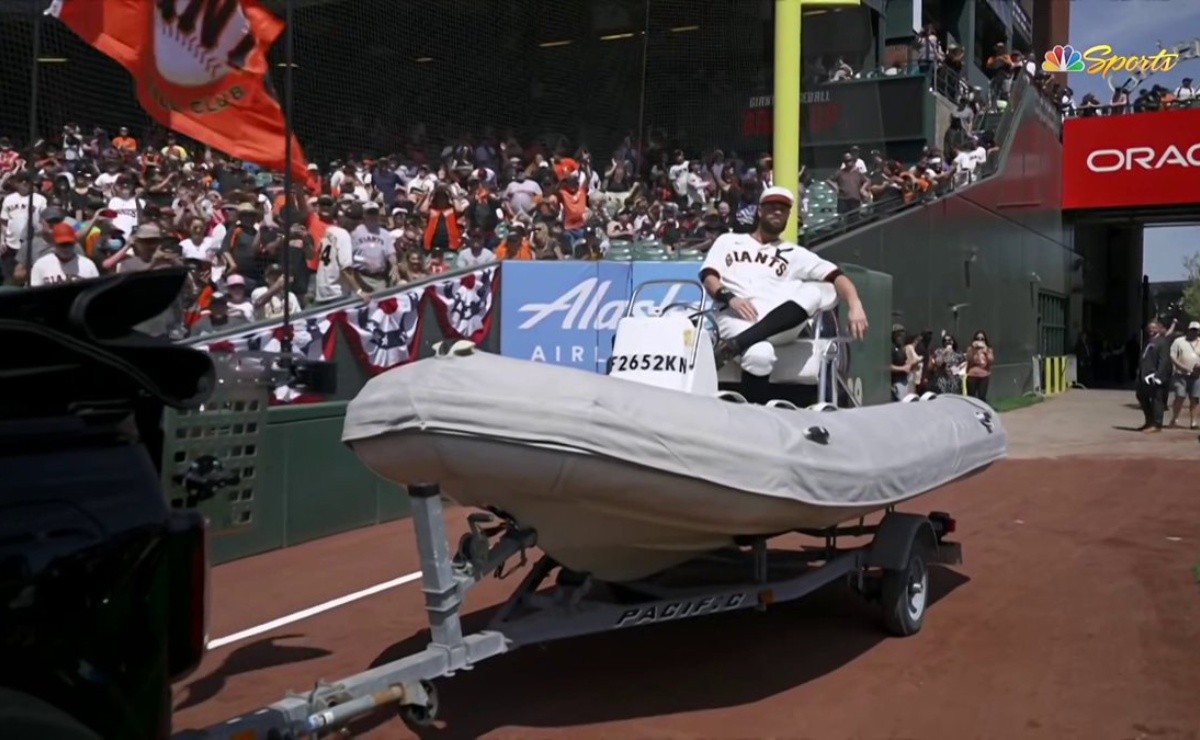 Last season, the veteran first baseman of the San Francisco GiantsBrandon Belt, made a proclamation: he was the team captain. Eventually inspired Evan Longoria to add a duct tape ‘C’ very improvised to his uniform. Belt dojo last September:

Actually, it all started on the plane the other day. I felt like, in my heart, I’ve been the captain all year, so I told everyone to let me off the plane first since I was the team captain, and they did. It’s like when people know you’re the guy, they don’t say anything. They just do it.”

Well, we’ll have to find out if this was planned by the team or if Belt just told people he was doing this because, and I promise you this wasn’t a fever dream, he walked into the Opening Day tilt on Friday against the Marlins. of Miami as if he were Poseidon, King of the Ocean.

Belt emerged from the other side of the left field fence with the ‘C’ on the back on his jersey and a captain’s cap on his head as he was driven around the stadium in his own little boat. (I guess he’s just a huge Lonely Island fan?) Even better, he tossed baseballs into the crowd like he was Lou Seal or a more athletic Crazy Crab:

Belt, now the longest-serving player on the team, wasn’t finishing either. Then the lanky first baseman stepped onto the mound and threw out the ceremonial first pitch, something he did as a part-time reliever at the University of Texas but had never done on a major league mound. Well, he considers this and the boat ride two things he hasn’t done before in the big leagues.

You can also read: MLB Not all is lost Brandon Belt could return to Giants in Playoffs

Seaside shacks don’t need to end anytime soon, either: The Giants will be giving away captain’s hats to the first 20,000 fans at tomorrow’s game against the Marlins. Perhaps this time Belt enters the stadium from McCovey Cove. I mean, would that really be weirder than this?

MLB: The ‘captain’ Brandon Belt, of Giants, appeared at Opening Day in a boat and makes the first pitch