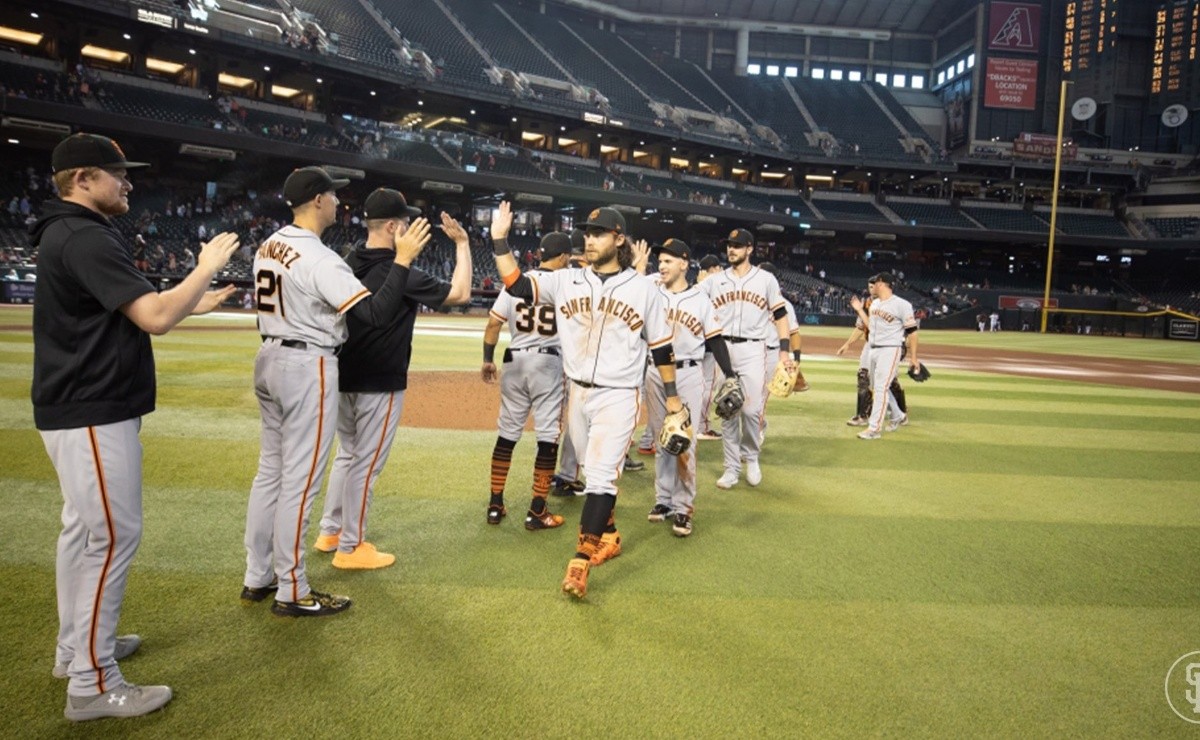 San Francisco Giants demonstrated why he has the best record in MLB and Arizona D-backs showed one of the reasons why it is the worst team (34-76) with a flimsy bullpen that jettisoned a tight pitch from starter Merrill Kelly, who shut out in eight innings, however, no longer left for the ninth and Gabe Kapler’s men took the opportunity to tie the game 4-4 against the Serpents relay and win it in the tenth by 5-4.

It was the first time the Giants had won after losing by four or more runs in the ninth inning or later since the April 18, 1993, when they rallied to beat the Atlanta Braves, 13-12, in 11 innings, according to Elias Sports Bureau.

After securing their 12th win in 14 games against the D-backs this year, the Giants improved to a 69-40 mark, the best in the majors, increasing their lead for first place in the NL West. four games over the Los Angeles Dodgers, inactive today. They now head to Milwaukee, where they will begin a three-game series against the Brewers, the No. 1 Central Division, on Friday night.

It may interest you MLB Just like Cody Bellinger’s ghastly blunder gives Giants vs. Dodgers victory

When they return home to San Francisco next week, the Giants could have another key piece to their lineup, as veteran third baseman Evan Longoria began a rehab assignment with Triple-A Sacramento on Thursday and is slowly approaching a He returned after missing two months with a dislocated sternoclavicular joint in his left shoulder.