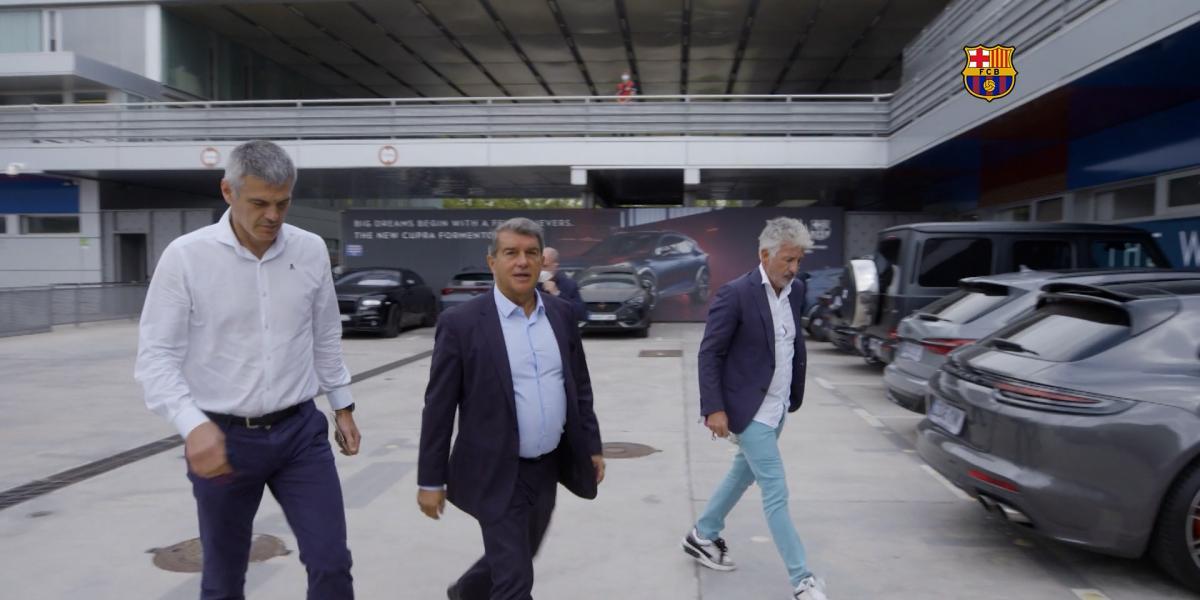 In the morning after the day it became known that Leo Messi he will not continue as a player of the Barcelona football club, and hours before his appearance before the media, as MD has learned, the president Joan Laporta went to the Ciutat Esportiva Joan Gamper to offer their explanations to the staff and update them first-hand on the future situation of Leo Messi.

Shortly after, the president returned again with his circle of trust to prepare and move to the press conference before the media, at which time Laporta gave details of how the meeting with the squad and the coaching staff went.

“Yesterday I spoke with the captains by phone. It is a very important event in the history of Barça. I have told the players that a new stage in Barça’s history is beginning and that we have to continue winning without players of Messi’s talent. Máximo commitment and professionalism. We tried to make decisions fairly and it was an important moment. I have seen the faces of the players and I have asked the captains for their utmost, that there be a very strong group. Captains must lead this new stage, welcoming young players who are showing great talent. We have gone through many stages and now they have a historic opportunity, leadership and maximum support on the road to success, “he said. Laporta, which shelled the feelings that the players have after Messi’s goodbye.

“The squad has a strange feeling, a certain sadness, but they are professionals and have the opportunity to show their talent to lead Barça on the road to success. They are already understanding that a new era is coming and they want to show that they are great great professionals who are fulfilling their dream. I think that the club, from the presidency through the general and sports management, are going to show a lot of professionalism and demand a lot of involvement. We are going to give everything to achieve success. We are going to continue to command, making decisions , always for the benefit of FC Barcelona “, he added Laporta, which also explained how the talk with Ronald Koeman.

“I have spoken with Ronald, yesterday and today. He is a club man, a great professional. He has the ability to adapt quickly to circumstances. It will not be easy to replace a player who scores more than 30 goals per season, but I have seen him very motivated, with the will that this new stage be splendid “, said Laporta.