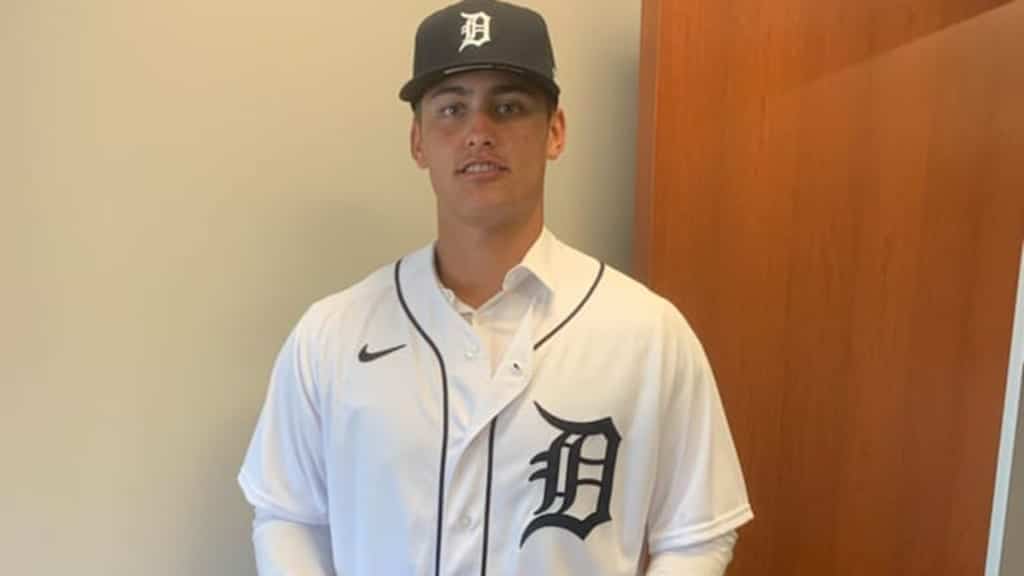 The team of Tigers from Detroit, agreed a contract with the New Zealand prospect, Clayton Campbell, being a firm in the international market of Major League Baseball – MLB.

The Tigers from Detroit They have never had a player from New Zealand, not even on their farms, but young Clayton Campbell breaks that with his signing as an international player, being a contract that had a $ 125,000 bonus for this 18-year-old player who can play first, third baseman and also as a receiver, so it’s a great bet for this organization.

Source: Clayton Campbell agreed to a $ 125,000 signing bonus with the #Tigers. The 18-year-old, born in New Zealand, will play first base, third base and catcher.

Who is Clayton Campbell?

Campbell He was an international free agent who reportedly worked for teams earlier this month. Although he has no minor league experience, he has played in the United States through international amateur tournaments and exhibition events.

Additionally, he was an outstanding two-way player for Australia in their 2016 Little League World Series career, pitching a complete game of 14 strikeouts to beat Curaçao. He then represented the Australians in the Youth League World Series in Taylor, Michigan, the next two years.

It is expected that the Tigers team hope to develop it in its Minor League branches and thus better understand its qualities and the position that it will defend full time as a professional player, clearly thinking about a possible jump to the Big leagues.

In addition, the Tigers won the fight against other MLB teams such as the Philadelphia Phillies, Texas Rangers, San Diego Padres and Oakland Athletics who wanted this New Zealand prospect.