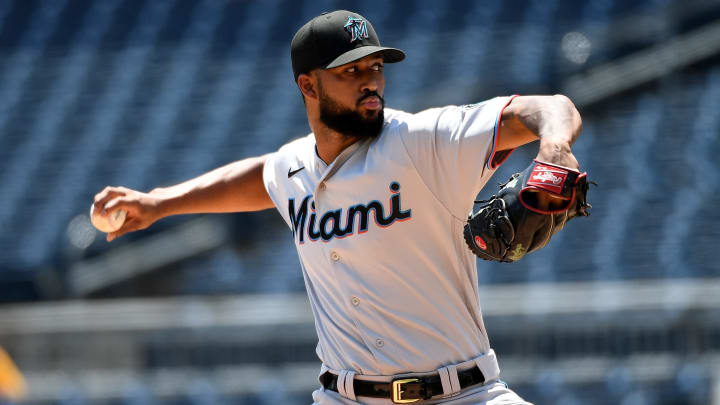 Hand in hand with Derek Jeter from the offices, the Miami Marlins are managing to form a competitive team for the future of the MLB. One of the aspects that have been reinforced the most is pitching, which currently has an important core of young arms.

The names of Sandy Alcantara, Pablo López, Trevor Rogers, Max Meyer, Edward Cabrera, Sixto Sánchez and Jesús Luzardo have put the Florida club together with an impressive pitching rotation that puts them in a position to compete in the short term.

Currently, the Marlins occupy the basement of the NL East, but their pitchers collectively have the fourth-best ERA in the majors at 3.52, surpassed only by the San Francisco Giants, Milwaukee Brewers and Los Angeles Dodgers, teams that are in a favorable position to advance to the postseason.

His starting team ranks seventh in the entire MLB with a 3.61 ERA. In addition, they are the eighth rotation with the lowest accepted average (.232) and the second with the fewest home runs allowed with 61.

Likewise, Trevor Rogers, who already attended his first All-Star Game this season, has a solid 2.45 ERA percentage in a 110-round run, in which he has also shot 129 opponents.

For his part, Max Meyer, who is not yet promoted to the majors, is having an impressive season in the minor leagues, in which he has a 4-1 record, a 1.93 ERA and 74 strikeouts in 70 innings in Double A.

Cabrera is the same case, who currently pitches in Class A fish, but in Double A he accumulated 33 strikeouts in 26 innings with just 6 walks conceded and a 2.77 ERA in 5 starts.

As for Luzardo, who came via change from the Oakland Athletics, he has not had a good season, but the organization is confident that he will be a southpaw who has a high level of strikeouts as demonstrated in 2020 with 59 in the same number of episodes worked. .

As for Sanchez, who has been unable to pitch so far due to injuries, he is a strikeout pitcher who collected 33 fans in 39 innings last year and also forces hitters to ground.