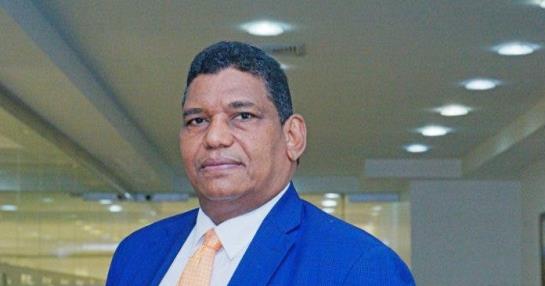 The journalist Luis García formalized this Monday the complaint before the National Institute for the Defense of Consumer Rights (Pro Consumer) and its owner, Eddy Alcántara, regarding the Club Atlético Licey refusal to renew four fertilizers direct for the matches of that team against Aguilas Cibaeñas in the Round Robin of the tournament organized by the Dominican Professional Baseball League (LIDOM).

The complaint is presented after exhausting an amicable process, through an act of intimidation, in order to find a solution to the dispute, without any response being produced.

García points out that it is absurd for a company or organization to prefer that someone sue it to buy, in advance, a specific service at the price it has established, since its purpose is to sell it to interested parties.

“As has happened in previous years, through the company Lsh García, Legal Consultants and Communication, we acquired four fertilizers of Box A corresponding to the regular series between Tigres and Aguilas. However, at the time of payment of the Round Robin stage, the renewal was denied, under the allegation that the interested party had to acquire all nine games that the host team is supposed to play ”, he says.

The Licey Athletic Club has not presented, he adds, because it does not have one, any valid legal excuse that justifies the refusal to renew the fertilizers, especially if it is taken into account that in previous seasons the purchase and sale operation had been carried out normally.

He said that before this absurdity is that the seizure of Pro Consumer so that, acting in the field of contentious-administrative matters, it resolves around the situation created between the parties.

He argued that it follows that what is being promoted is the promotion of a “black market” to make the sale of tickets more expensive, without taking into account that this type of practice takes away the brilliance of the professional baseball tournament.

He said that, although the shareholders and partners of the teams that make up the LIDOM could claim that they set up a private activity and that, therefore, they can set the operating conditions, “that is not the case, because they are under the regulations of the General Law for the Defense of Consumer Rights, marked with the number 358 -05 “.

He stated that the purpose of this legislation is to “establish a regime for the defense of consumer and user rights that guarantees equity and legal security in relationships between suppliers, consumers of goods and users of services, whether under public or private law, nationals. or foreigners, in harmony with the provisions to that effect contained in the sectorial laws ”.

Lawsuit filed against Licey for refusing to renew season tickets