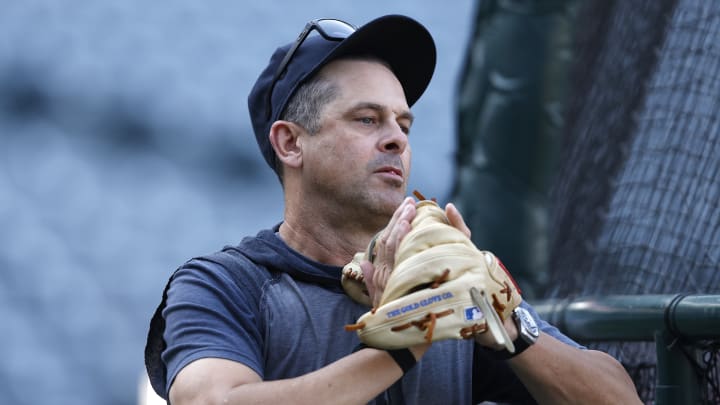 The manager of the New York Yankees, Aaron Boone, praised the capabilities of the organization’s shortstop prospect Anthony Volpe, stating that he is impressed by the things he can do on both offense and defense.

“He’s a special guy. He really can play, and he’s obviously someone we’re really excited about,” Boone said. to Nj.com journalist Brendan Kuty about Volpe, who was the 30th pick of the first round of the Draft MLB of 2019.

The Yankees completed their coaching staff for the 2022 Major League season with the hiring of Eric Chavez, who will serve as the team’s hitting assistant, according to a report by MLB Trade Rumors.

If the Yankees sign Carlos Correa, the shortstop will have the difficult task of winning over Yankees fans, who do not forget the statements the Puerto Rican made, in which he questioned Derek Jeter’s defense, according to an interview with reporter Jake Story. .

“Correa would have to shut up Yankees fans with his hits and also make a significant contribution to making the playoffs. If he doesn’t do that, they will hate him for the rest of his career and it will be a tough time on the team.” Story told Jomboy on the “Talkin ‘Yanks” podcast.

Workers from different areas of the Yankees organization delivered non-perishable food to people living in poor communities in New York City, according to the club’s Twitter account.

The social work, which began in the early hours of the morning, was carried out in conjunction with the employees of the Food Bank For New York City and the renowned model, Bella Hadid, who attended a little more than 1,000 people in the facilities of the legendary Yankee Stadium .