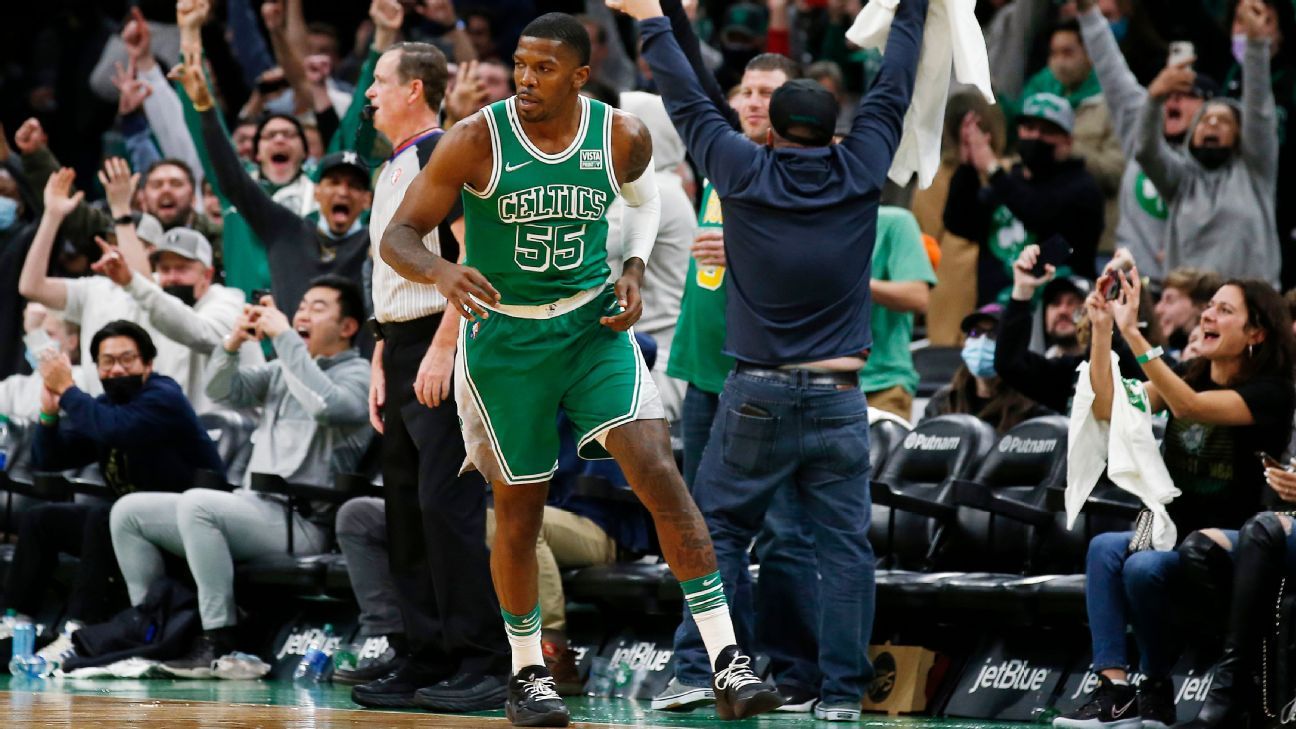 MADRID – The Cleveland Cavaliers failed to claim their seventh consecutive win losing in Boston to the Celtics while the Milwaukee Bucks, without Giannis Antetokounmpo, easily beat the Houston Rockets.

The Angelenos beat Sacramento 105-89 as visitors. The winner was Paul George (17 points) and Eric Bledsoe (19). The venue featured Haliburton with 22 points and 13 assists.

The Sacramento Kings were unable to continue their winning streak over neighboring LA Clippers, whom they had already beaten twice this season, and lost 89-105 at home.

This time the Kings did not have their star De’Aaron Fox or other key players on the team. Additionally, interim coach Alvin Gentry is also on leave after contracting COVID-19.

By contrast, the Clippers did have Paul George in the starting lineup. After five games out with an elbow injury, George returned to the team on Monday when he scored 25 points against the San Antonio Spurs. This time George stayed at 17 points.

The Clippers’ leading scorer was Eric Bledsoe, with 19 points, 8 rebounds and 7 assists. The Spanish player Serge Ibaka played almost 20 minutes in which he made 17 points (including 2 3-pointers from 3 attempts), 5 rebounds and 1 assist.

The Magic dominated the process and defeated the Hawks 104-98. The differences were larger but narrowed at the close. In the winner, Wagner 25 points and Harris 17. For the local, Reddish thrashed with 36 points.

The Magic beat the Hawks in a game dominated by key player absences for the two teams due to COVID-19 protocols.

The Hawks contested the game without its star, Trae Young, and just one of its headlines, John Collins, was in the starting five. Likewise, the Magic had 6 casualties in their ranks.

The game’s top scorer was Atlanta’s Cam Reddish with 34 points. Collins, meanwhile, finished with a double-double of 28 points and 12 rebounds.

In the ranks of the Magic the top scorer was Franz Wagner while center Robin Lopez had a double-double of 10 points and 11 assists.

Jaylen Brown was the figure in the 111-101 triumph with 34 points and 6 rebounds, while Williams III had his best game of the season: 21 points, 11 boards and 7 assists. In Cleveland, Garland stood out with 28 points.

The celtics They had no difficulty controlling Ricky Rubio’s Cavaliers, to those who won 111-101 in Boston. The Cavs suffered the absences of three starters, their best defensive players, Jarrett Allen and Evan Mobley towers and guard Isaac Okoro.

The best player for the Cavs was Darius Garland, with 28 points and 5 rebounds while Kevin Love added a double-double of 18 points, 12 rebounds, 3 assists and 1 steal. The Spanish point guard of the Cavaliers, Ricky Rubio, added 8 points, 5 rebounds, 6 assists and 3 steals in a night in which he was not lucky in his shots and only scored 1 of the 5 triples he tried.

But the casualties also allowed an unusual scene to be seen at Boston’s TD Garden when In the last quarter, 40-year-old Joe Johnson jumped onto the track. and that he had not played an NBA game since February 2002, 7,246 days ago.

Without Giannis, Jrue Holiday was the star of the game with 24 points and 10 assists, while Middleton scored 23 points. In addition, DeMarcus Cousins ​​had an excellent game: 18 points and 8 rebounds.

A few bucks that still without Giannis Antetokounmpo they easily beat the Houston Rockets in Milwaukee in a game in which the most outstanding player was the local point guard, Jrue Holiday, who made a double-double with 24 points and 10 assists. Holiday was the top scorer of the game.

His teammate Khris Middleton had 23 points and 6 assists.

In the Rockets, the last classified in the Eastern Conference, the best was the center Christian Wood, with a double-double of 20 points and 11 rebounds.

The Nuggets fell 108-94 as visitors with little from Jokic and good production from Facu: 9 points, 2 rebounds and 6 assists in 26 minutes. In Oklahoma Alexander broke it with 27 points, 11 rebounds and 12 assists.

Facundo Campazzo’s Nuggets punctured in Oklahoma City against one of the bottom teams of the Western Conference, the Thunder, when they lost 108-94.

With the victory over the Nuggets, the Thunder accumulate their third consecutive victory, an unusual milestone in the franchise this season.

The most effective of the game was the base of the Thunder, the Canadian Shai Gilgeous-Alexander, who added a triple-double of 27 points, 11 rebounds and 12 assists.

In the Nuggets, the best was a weak Nikola Jokic with 13 points, 7 rebounds and 3 assists. Campazzo had 9 points, 2 rebounds, 6 assists and 2 blocks.