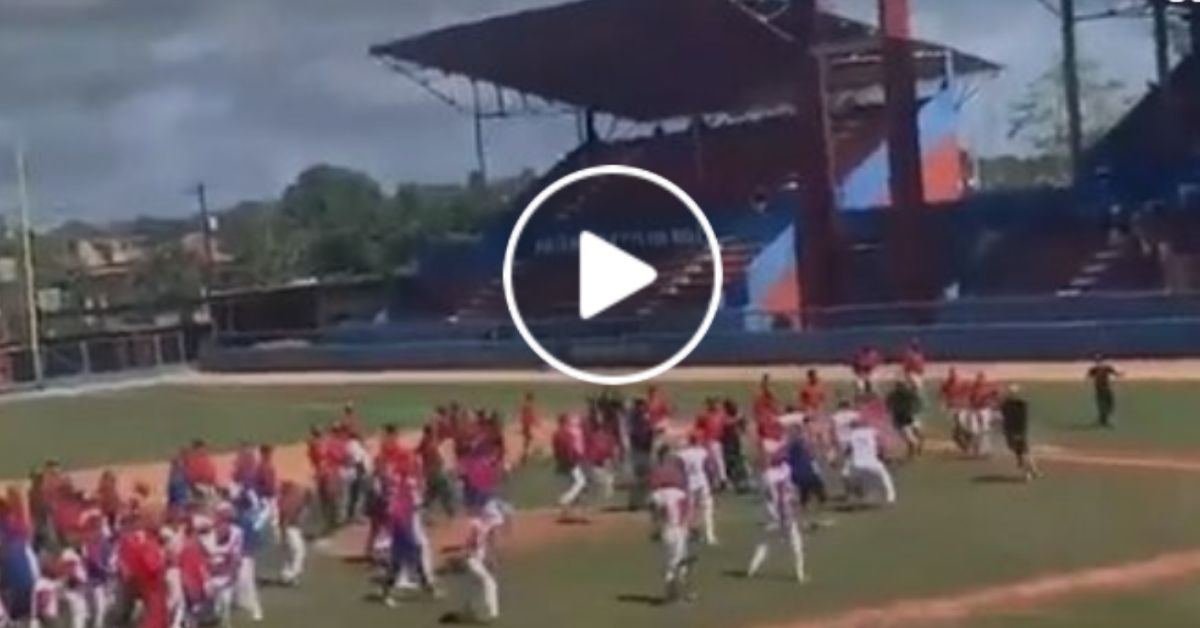 The closing match between the Toros de Camagüey and the Cazadores de Artemisa took an unexpected turn when at the top of the third inning a tumultuous brawl occurred after a very strong slide into second by Leslie Anderson in a steal attempt.

The inning began with consecutive singles by Jorge Álvarez and Leonel Moas, then Camagüey captain Alexander Ayala shot his eighth homer of the season, making the match 4×1 in favor of the Bulls; and after striking out Yordanis Samón, Leslie Anderson received a pitch, something that evidently did not please the Camagüeyan slugger.

It may interest you: FROM THE FREEZER: Pinar beat Las Tunas, Yadián shot COMPLETE, beating from Cazadores to Toros. Summary Series 61

For a player who never steals, it was too obvious that he went out looking for the second one and that he also entered the base very strong and with his foot up. The reaction was immediate and the final result was that seven players were expelled, four from Camagüey and three from Artemisa after the benches of both teams were completely emptied.

Of course, Leslie Anderson, who started the altercation, was taken out of the game, as well as Ángel Luis Márquez, Javier del Pino and Julio Raizán Montesinos, all from Camagüey’s side and except for Leslie, none of the others expelled was in play at the time that the events happened.

On the Artemiseño side, Yunieski García, the starter of the clash, the initialist José Antonio Jiménez and Sandro Tornés, from the bench, also took the path of the showers. It is also expected that other more serious sanctions will result from these events, given their magnitude.

Facts like these are completely unfortunate after these seven expulsions already add up to 22 throughout the season, when we are still a third of it. A trend that is undoubtedly becoming more and more common and that should be tried to stop.

The match finally concluded with a 14×8 Artemiseña victory, the fifth consecutive victory for the hunters. Success went to Michel Martínez (1-0) and defeat to Frank Madam (1-2). José Ángel García saved his sixth game and 279 for life. They homered, in addition to Ayala, who is already co-leader, Asniel Fonseca, from Camagüey, his first in national series and Leonel Moas Jr., his fourth of the campaign.