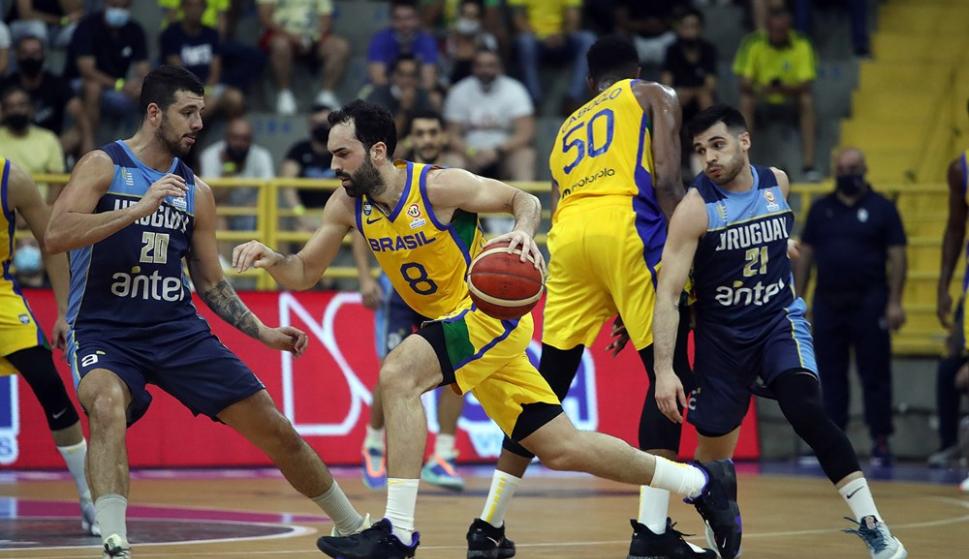 The Uruguay national team fell 85-66 to Brazil at the Pedracao gym in Franca and lost undefeated in the second window of the Qualifiers for the 2023 World Cup. Despite the fact that the Uruguayans started winning and had a good first half, Gustavo De Conti’s cast became stronger as the quarters progressed and Celeste began to tire.

Those led by Ruben Magnano were second in the table with five units, four won against Colombia, and Canarinha added six to be the leader of group B, thus being one step closer to the Basketball World Cup 2023.

Now Uruguay will have to turn the page and concentrate on next Monday’s duel against Chile.

The first goal took a minute and a half to arrive. Both teams had attempts in that time period, but they missed, they were rushed. A foul on Gonzalo Iglesias gave Uruguay the opportunity to take the lead through the dead ball and the player from Trouville did not waste it. La Celeste was ahead 0-2; Only after two and a half minutes did Brazil manage to equalize the score.

The first ten went to Uruguay, despite the great defense that Gustavo De Conti’s cast has, the sky-blues made their way. The Canarinha was down almost all the first boy thanks to a very good afternoon by Parodi, scorer of this quarter with ten points.

With two seconds to go, Brazil was down two, but a foul allowed them to level the game at 14.

Brazil started the second boy with more energy and went through the Celeste for the second time in the duel. The first five minutes were very even and both cast were deep, but the duel lost dynamism.

With two minutes to go, Canarinha took first place and got five minutes behind, the greatest difference so far.

Joaquín Rodríguez tried to score on several occasions for Celeste, but he had two enemies: the Brazilian defense that corrected aspects regarding the first quarter and being a bit accelerated, which was not allowing him to define clearly.

The first half ended with Brazil seven points up, which would have been more if not for Ducasse’s blocks and Ubal’s free kicks. Uruguay’s fatigue was beginning to show.

The physical difference became noticeable at the beginning of the third boy. Uruguay could not enter the area and when he did he did not define successfully. Brazil began to move away and got to twelve points, although they lost several balls.

At the end the Ducasse-Iglesias duo showed good things by stopping the rival. But there was a long way to go in the attack and Parodi, who had been the scorer in the first boy, could not score.