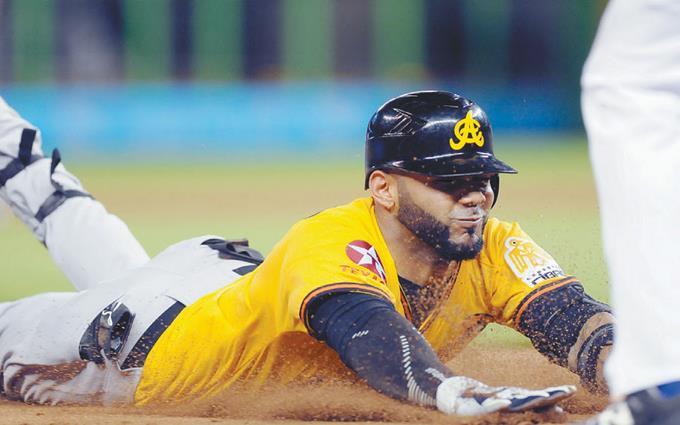 The Dominican second baseman Jonathan Villar responded to the statements of the player of the Tigres del Licey team, Jorge Alfaro, better known as Aquaman, during the blue team’s celebration party.

Villar, through his Instagram account, left a message to Alfaro in response to what was expressed by the Colombian receiver, who effusively and mockingly in the middle of celebrating his team he inverted the phrase they normally said to their team.

In a video clip taken from the broadcast of the celebration of the champion team of the Autumn-Winter Tournament 2022-2023 of the Professional Baseball League of the Dominican Republic (Lidom), you can see how Emilio Bonifacio, blue captain, asks what sh** for whom now, in reference to the saying coined in the stadiums and by opposing players against the Tigers.

It was then that the nickname Aquaman said that “shit ** pal’ Cibao”an action that brought an immediate response from Villar.

The expression of the also first baseman was supported by his teammates who applauded and laughed after what was said at that moment.

Villar’s reaction, who belongs to the Águilas cibaeñas team, did not wait and through the social network Instagram, where posted an image and text facing the words of the Colombian.

“Okay, in the Cibao we don’t want to see you. Don’t forget that in the Cibao too there are 20% or 30% high school students and you are saying such an insult to themselves... because if you want to tell us, our eaglet team well! But not to Cibao. And if I’m wrong they correct me,” said the infielder.

The Tigers celebrated his triumph with a vast caravan, that toured several streets of this capital last Sunday and culminated in style in the Quisqueya Juan Marichal Stadium.

There, a platform awaited the players and supporters, who enjoyed the artistic presentations offered by the club’s executives.