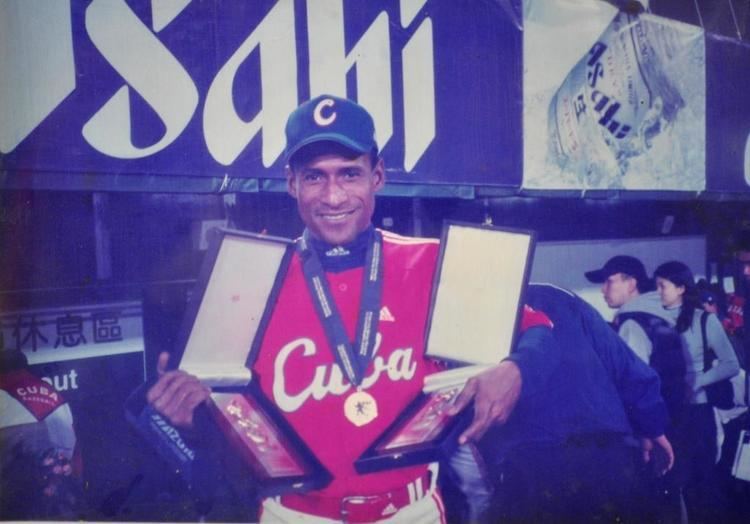 No one doubts that one of the most important players to have passed through the Cuban National Series has been Luis Ulacia Álvarez. The Camagüey man achieved extraordinary defensive versatility in addition to having become a batter full of resources that for a long time kept him immovable in the Cuba team.

His quality was present until the very end of his career, and if anyone doubts it, the clear example is that 2001 World Championship, famous among other things for that controversy of the interest of some bosses to remove several veterans from the team, Ulacia included. But the legendary former player took the batting title and the MVP award with no less than 38 years of age.

Precisely on this controversial topic, as was undoubtedly the contest of the world of Taipei of China, Ulacia decided to talk with my colleague Pablo Enrique Díaz. The exchange served to clarify several points related to the final stage of the born in Havana but that He developed his entire sporting life at the highest level of baseball in Camagüey.

It not only focused on the desire of some with decision-making power to remove from that team led by Higinio Vélez, luminaries of the caliber of Omar Linares, Germán Mesa, Antonio Pacheco, Orestes Kindelán, Ulacia and even pitcher Pedro Luis Lazo .

The charismatic and spicy former first bat and number one of most of the teams that he made up also referred to a previous moment in which he was excluded from the Cuba team, specifically in 1998. As was also included what surrounded the decision of his retirement and the real cause of having said goodbye to Cuban baseball as an active player.

The last season that Ulacia was in was 2002, which also marked the closure of all the names mentioned above with the exception of the stellar serpentine player from Pinar del Río.

YOU MAY BE INTERESTED: Legendary player reveals details of the most endearing friendship within Cuban Teams

Although it has never been said publicly who were the main opponents of the inclusion of these “veterans” within the Cuban national team after the defeat in the final of the Sydney 2000 Olympic Games, off the record several of those involved in this They have told me personally that the then President of INDER Humberto Rodríguez had been carried away by the criteria of coaches and former players. However, in the end everything remained the same and the group was able to attend the Taichung World Cup. Fortunately, this happened because all those “veterans” had an impact on the title won by Cuba.

Although Ulacia also commented on other topics of interest, it was related to his retirement and the 2001 World Cup, one of which he deepened the most, a moment that we immediately shared with you.

Exclusively: Luis Ulacia clarified the reason for his retirement and the controversial 2001 World Cup