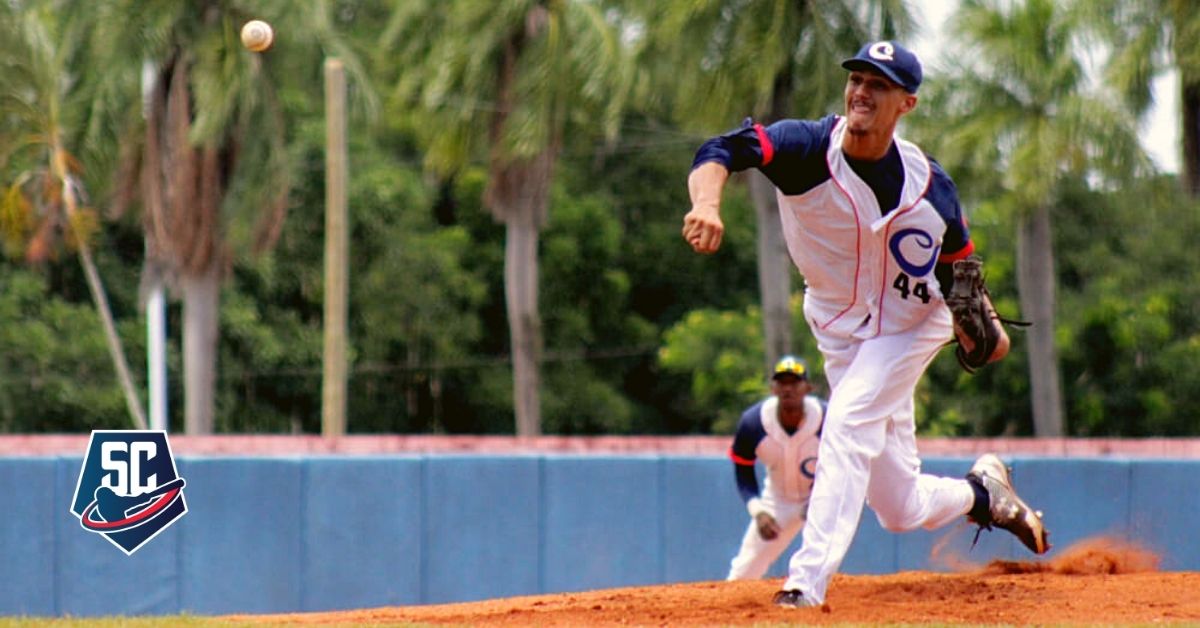 During the press conference held this Monday, February 28, in the Adolfo Luque room of the Latinoamericano stadium, the most valuable player (MVP) for the week of February 19 to 24 was named; on this occasion it corresponded to the pitcher from Camagüey Juan Sebastian Contreraswho for the second consecutive week was nominated for this award.

It may interest you: LAST MINUTE: FIFA and UEFA announced STRONG sanctions for Russia

Now, one might wonder if this popular outcry influenced or not the final choice of the press and the national commission, but the truth is that it seems difficult for a pitcher who has made only one start, although the great quality of it is undeniable, has more merit than a batter who hit 450 in the same period, hit four extra-base hits, two of them home runs, and most importantly, drove in 10 runs for his team, as Yordanis Alarcón from Las Tunas did.

Among the two pitchers that were included among the nominees, Contreras was the one with the best WHIP (0.78), beating Carlos Juan Viera (0.89), also from Las Tunas, he also struck out more, nine, for the one from Balcón del Oriente and gave away a ticket , for two that of the Lumberjacks. Viera grouted, but Contreras allowed a dirty one, so they both ended up with pristine PCL. Under this premise, we can say that the Toros was the best pitcher of the week.

Now, in the opinion of the undersigned, when a hitter produces so much for his team, as the oldest of the Alarcón brothers did, it is very difficult for a pitcher to surpass him, unless he throws several games with high yields, as was not the case. the case this time.

Did it influence the fact that Contreras was nominated for the second week in a row? I think so. Did it influence that the popular vote favored you by a large majority for the second week online? I think so; now, one might wonder if he really left right in the election; if the award had been for the best player of the fortnight, I think there was no doubt that the award would go to the star starter of the Toros, but comparing numbers, I don’t see how his work was superior to that of the third baseman from Las Tunas.

Likewise, many congratulations to Juan Sebastián Contreras, who also received the award from his own coach, the top winner in the National Series, the “Pinareño Skyscraper”, Pedro Luis Lazo, whom he said was the best pitcher in the history and that she would like to have him for many more years by her side. He also appreciated the advice he has received from Professor José Manuel Cortina.

It may interest you: LAST MINUTE: 7 players expelled after Leslie Anderson slipped

Contreras took the MVP of the week, justice or popular clamor?