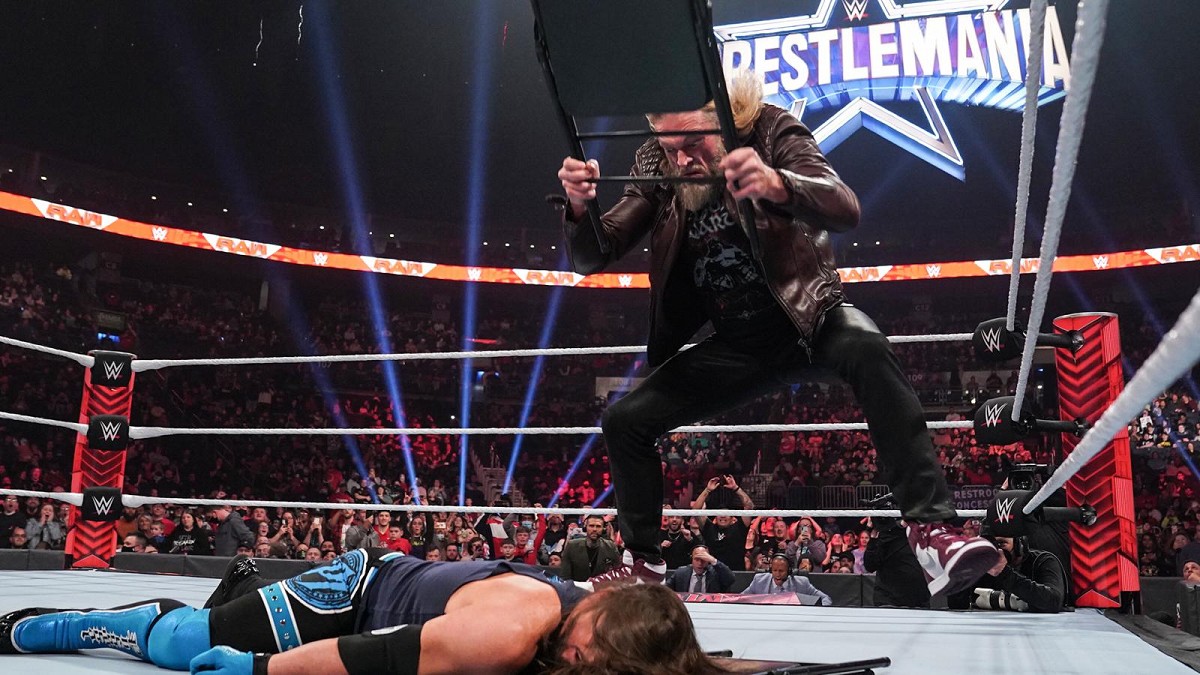 During the broadcast of the last episode of Monday Night Raw through the USA Network, and for the second consecutive week, Edge appeared on WWE’s red brand show looking for a rival for WrestleMania 38.

On last week’s Monday Night Raw episode, Edge launched an open challenge to find an opponent to face at WrestleMania 38. Rumors pointed to a confrontation with AJ Styles in the great event, and the words of the WWE Hall of Famer seemed aimed at it, especially when he pointed out that he was looking for an opponent who “takes out his most phenomenal side.

The rumors were finally confirmed during the most recent episode of the WWE red mark. Edge’s appearance closed out the show, and he did it in a surprising way. And not because AJ Styles stood before the Hall of Famer to accept his open challenge, but because of the reaction of the seven-time world champion, who unleashed a brutal attack on Styles, using chairs for it and ending with him Con-Chair-To.

AJ Styles presented himself as a worthy opponent for the Hall of Famer, but he made it clear that he was looking to face his best version, not the one shown by the “Phenomenal” this last year, where we have seen him mainly in the tag team division. The attack may be aimed at motivating AJ Styles to regain that level that Edge is looking for, or maybe he has made a heel turn. At the moment, everything is assumptions. What seems clear is that both will maintain an important rivalry in this Road to WrestleMania and that They will finally play that dream match in the Immortal Showcases, as confirmed by WWE shortly after the end of WWE Raw.