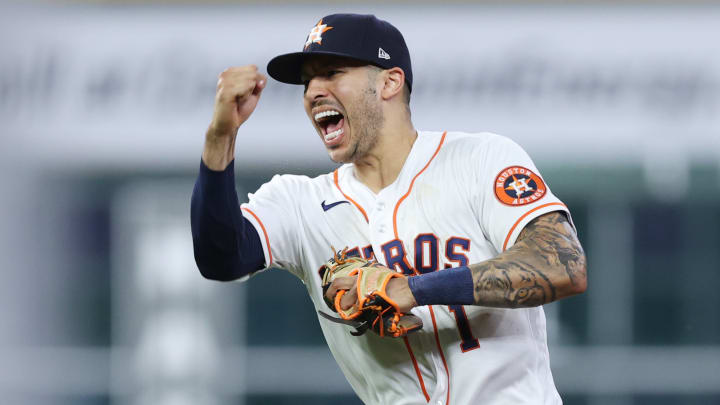 Although the work stoppage of the MLB did not allow Carlos Correa signing a deal to play in the 2022 season, the Puerto Rican remains the best shortstop available in free agency.

Corey Seager’s signature with the Texas Rangers for 325 million and 10 years is something that will benefit Correa once the major league market reopens, since the statistics of the former shortstop of the Houston Astros in the last World Series they are superior, giving him a superior deal.

Both made it to the majors in the 2015 season, Seager with the Los Angeles Dodgers, and Correa with the Astros. The Puerto Rican has on his service record the Rookie of the Year award, Gold Glove, Platinum Glove and has attended the All-Star Game on 2 occasions. In addition, he has a World Series ring and owns a WAR of 7.2, according to Baseball Reference.

Before Seager signed his recent deal with the Rangers, he was the National League Rookie of the Year. He also has to his credit 2 Silver Bats, 2 All-Star Game selections, 2 MVP awards (World Series and Championship Series) and a champion ring in the 2020 season.

Correa is coming off a solid season in which he hit .279, 92 RBIs and 26 home runs to set a new personal best. In addition, we must not put aside his performance in the playoffs, an instance in which he registers an average of .272, 18 home runs and 59 RBIs in 79 games played, numbers that have been key for the Astros to reach the World Series in three times, winning a championship.

With such numbers and accolades in his career as a major league player, Correa is in position to sign a lucrative deal with his next team, which should be above Seager at least in annual salary, due to market conditions. This would make him the highest-paid shortstop in all of baseball from the next contest on.