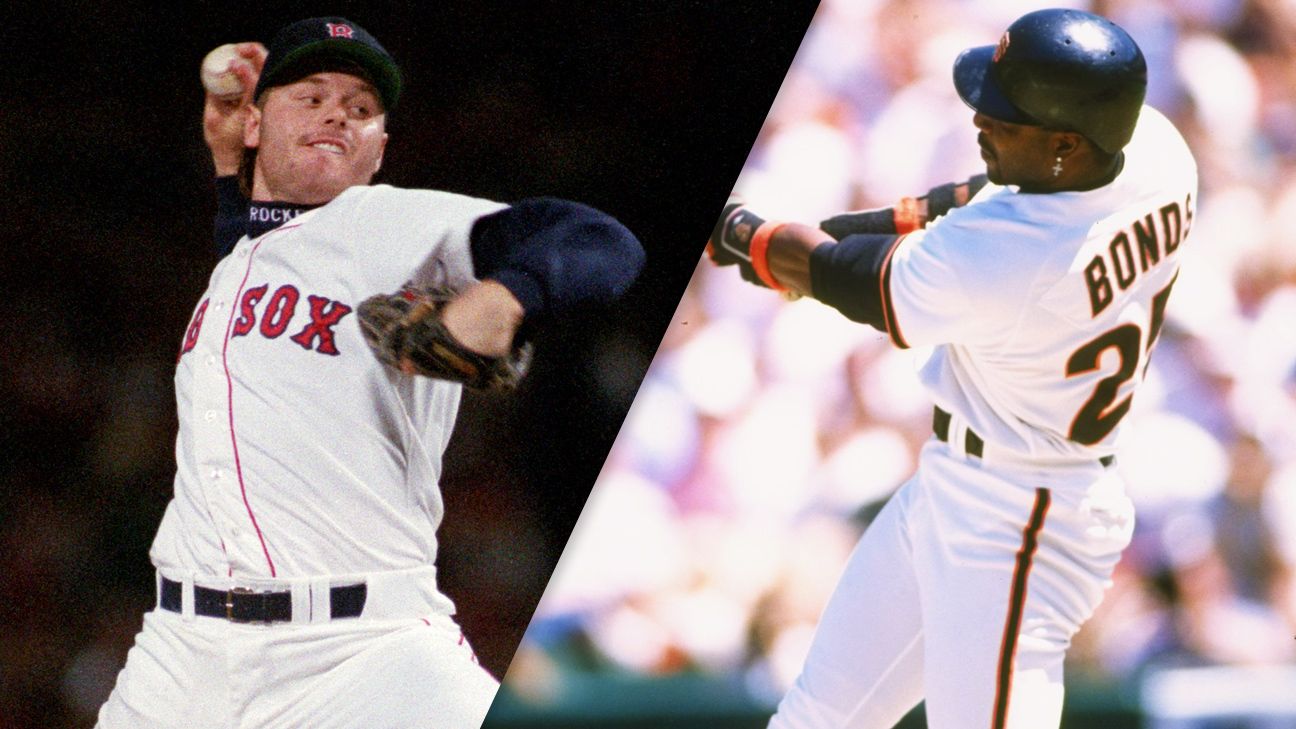 With the process still tainted by the steroid era, David Ortiz was the only player to earn induction into the Baseball Hall of Fame this year, while the likes of Barry Bonds and Roger Clemens were left out.

“Big Papi” was the only player to exceed the 75 percent threshold for induction, according to the results of this year’s vote by the Baseball Writers’ Association of America. Ortiz was named on 307 ballots (77.9 percent) in his first year of eligibility.

Bonds, Sosa and Clemens have gone from being posters on fans’ walls to being the poster boys of the era of performance-enhancing drugs. From courtroom dramas to congressional testimony, their PED stories are well-documented. Based on their contributions to baseball, they’re safe first-vote Hall of Famers, but voters prefer they remain in the PED shadows.

Clemens wrote on Twitter following the news of the Class of 2022 results: “Hi everyone! Thought I’d give you a statement since it’s that time of year again. My family and I put the HOF on the rear view mirror ten years ago. years. I didn’t play baseball to get into the HOF. I played to make a generational difference in my family’s life.”

Hey y’all! I figured I’d give y’all a statement since it’s that time of the year again. My family and I put the HOF in the rear view mirror ten years ago. I didn’t play baseball to get into the HOF. I played to make a generational difference in the lives of my family. (thread)

Ortiz is a different story, despite his own suspicions of PED. A 2009 New York Times story reported that Ortiz was among 104 players who tested positive for performance-enhancing drugs during a round of testing done in 2003. Those results were supposed to remain confidential and were done to see if the league had reached a threshold for periodic testing.

Ortiz has long denied using banned substances, and in 2016 Commissioner Rob Manfred said the tests in question were inconclusive because “it was difficult to distinguish between certain substances that were legal, available without a prescription, and not banned by our program.” .

The San Francisco Giants addressed the voting issue on Twitter, reflecting several of the great merits that Bonds possesses, which he highlighted with that team’s jersey.

As for last-chance candidates, Sosa’s support never approached the threshold of election, but the cases of Bonds and Clemens were more divisive among voters. Both topped the 50 percent mark in 2017 only to see their support plateau in recent seasons.

Schilling’s case was an outlier in voting history, as most of the candidates who reached the 70 percent mark in the vote were ultimately elected. Schilling’s case on the field is strong, with 216 career wins for him and three World Series titles, and his percentage topping 70 percent in the voting in both 2020 and 2021.

However, a history of inflammatory comments and social media posts appears to have been Schilling’s undoing. They included a since-deleted 2016 tweet in which Schilling appeared to endorse the lynching of journalists. After he fell short last year, Schilling issued a statement asking to be removed from the ballot.

The Hall chose not to remove Schilling, but his support nonetheless waned in his final season of eligibility, as he dropped to fifth place in the final standings.

Schilling used social networks to congratulate Ortiz and take away from the fact of his new exclusion. “Every year the conversation turns to who didn’t get in. Like all stars who vote, who got scammed. I say that every year and especially this year, focus on who got in! @davidortiz deserved a first ballot induction! Congratulations dude you earned it! #bigpapiHoF”

Every year the conversation revolves around who didn’t get in. Like all star voting, who got cheated. I say it every year and especially this year, focus on who did get in. @davidortiz deserved a 1st ballot induction! Congratulations my friend you earned it! #bigpapiHoF

The hotly debated cases of Bonds, Clemens, Sosa and Schilling will move to a new arena: the Hall of Fame’s Game Today era committee. Hall-era committees are made up of players, executives and the media who are in charge of evaluating overlooked candidates. Today’s Game committee is scheduled to meet during the 2022 winter meetings in a few months.