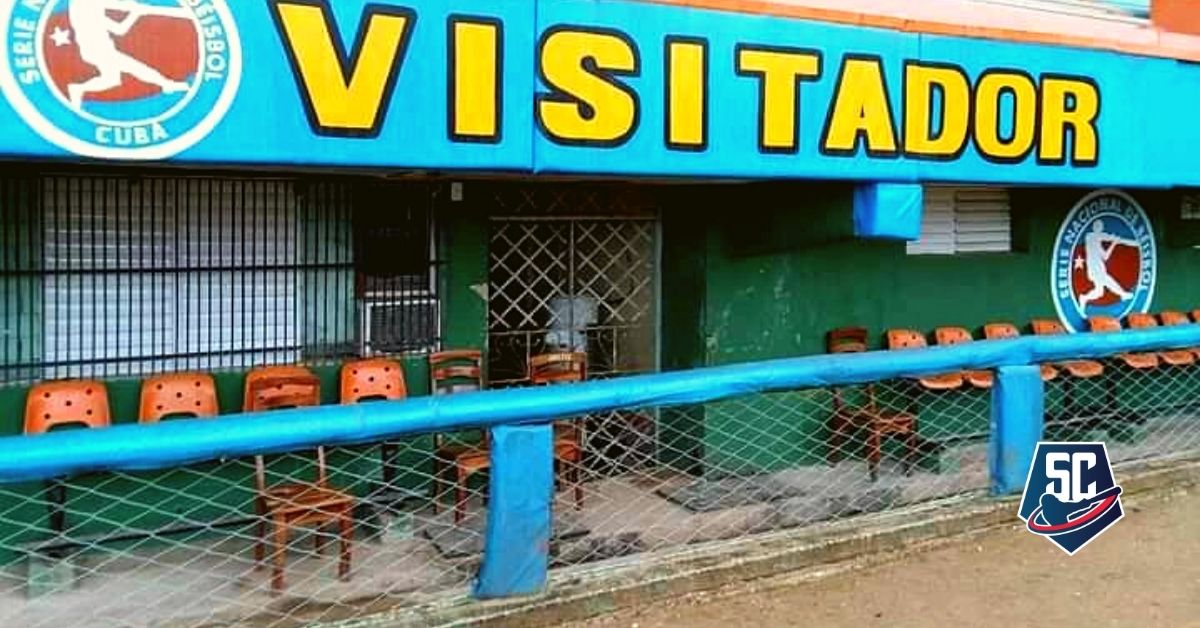 While the Sugar Leopards of Villa Clara get ready to start a new National Series with the inspiration of having the legendary Pedro Jova as manager and having been the best team in the preseason; the authorities of that province are still far removed from what other territories have done for the campaign that began this Sunday.

A few days ago the well-known sports commentator Normando Hernández had denounced that the members of the orange squad had received very poor material attention at the end of the year, and that a series of promises had been broken in this regard. Compared to what happened in other provinces of the country, under the same pandemic and with the same blockades of all kinds, Villa Clara had once again given one of the most negative notes.

On this occasion Normando’s annoyance, which is the same as many Villa Clara residents, fans and team members, has to do with the poor maintenance and conditioning that the Augusto César Sandino stadium has received, the home of the five-time champions of the country.

It may interest you: PROTESTED on Radio Cubana commentator for encouragement to baseball players at New Year’s Eve

The work in the exterior and interior areas has been quite limited according to the photos that have emerged on social networks together with what was expressed by the controversial sports chronicler in the popular radio space “La Explosión de las Doce”.

Hernández again showed himself very upset by the way they continue to treat baseball in the territory, while in other places the image is very different with everything and the delicate economic problems of the country.

To make matters worse, the dugout is painted a light blue totally antagonistic to the traditions of the stadium and the team, with the colors black, white and orange as the usual identity.

One of the most active fans on the networks in recent times with the theme of baseball, José Mejías, echoed the criticism in the CMHW.

“I very much agree with what was expressed in the radio program La Explosión de las 12. I think it is a lack of respect for many fans and (to) the people in general that more actions have not yet been taken to get our stadium ready, We know about Covid 19 and the Blockade, but gentleman, we all live in Cuba and at least it makes me sad to see how all the provinces paint and decorate their stadiums and see ours as if the National Series had not started. Aaaa (ahhh) the blue was to cover the dirt Haci (So) the top leaders of our province don’t see it. Well, let them see it so they can see the true reality and not build ideas on lies and promises. Now you will see the slider at the last minute to be able to give a little paint to the stadium. Thank you very much and I hope many people are called to reflection and take into account the great fans that follow Villa Clara”, Mejías’ post concluded.

It may interest you: Series 61 does not start and Pedro Jova’s Villa Clara already stood out above the rest

The problems with attention to baseball in Villa Clara are not new. From the time Jova led the team to three online titles in the 1990s, there were situations. The final straw came in 2013 when the only material prize for being champions after 16 years of trying was the sale of a bicycle and in USD.

And not only is there what has to do with gifts, but the way of acting with their figures has also been quite unwise. It’s very close the case of Eduardo Paret and his absurd dismissal as manager after leading them to discuss the crown two years earlier.

You may be interested: Matanzas made official the number of people and price to access the Victoria de Girón stadium

While the team and the fans of Villa Clara have played an admirable game throughout history to be among the elite of Cuban baseball, those who lead and decide beyond the field could well be considered worse adversaries than the rival teams of the Sugar Leopards. If someone still doubts it, I can return to the topic soon, full of examples and arguments.

ANOTHER MORE: Villa Clara press again criticized the authorities, now for the stadium