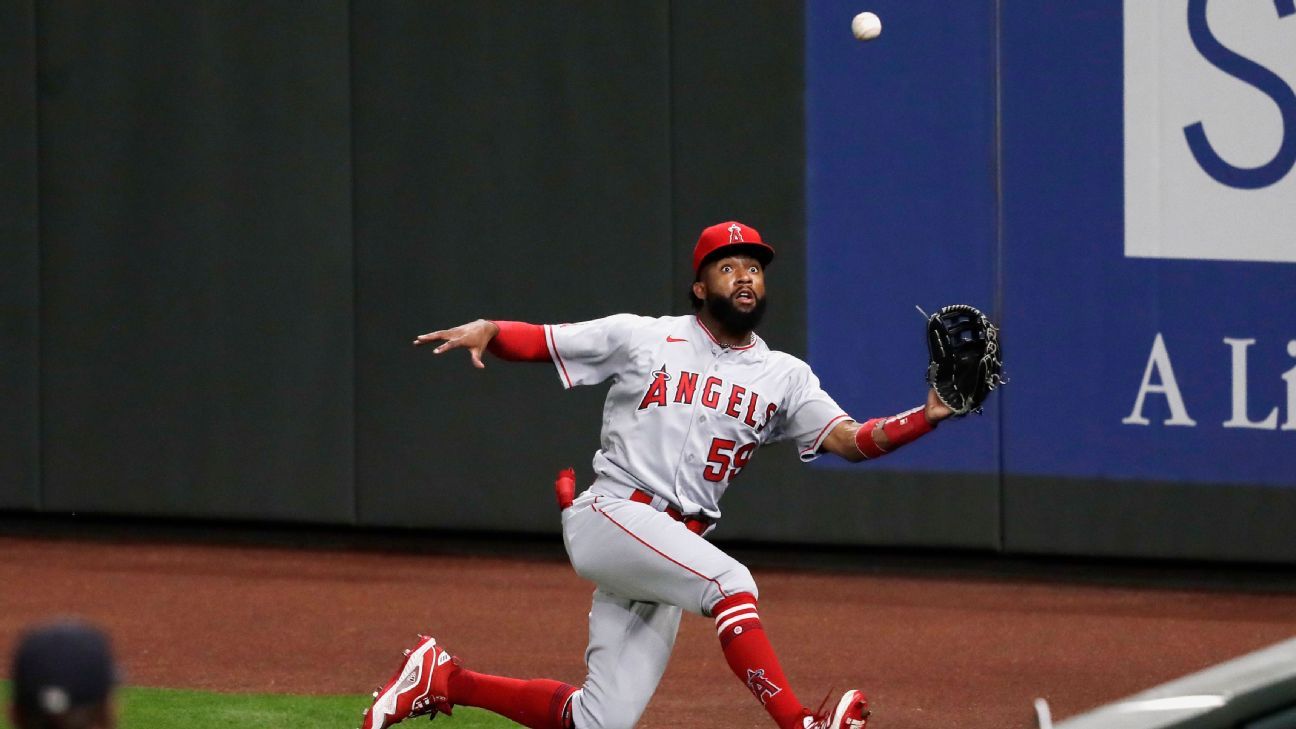 Jo Adell, one of the most promising outfield prospects in baseball, was called up again by the Los Angeles Angels on Monday after going through another hot hitting streak in the team’s Triple-A affiliate.

The Angels initially had him in the lineup for Game 1 of the series against the Texas Rangers – as left field with the top prospect. Brandon Marsh in the center – but he did not start because he arrived too late at the stadium.

Adell, the 19-ranked prospect at the start of the season by ESPN’s Kiley McDaniel, fought mightily on both offense and defense during the COVID-19 shortened 2020 season.

The Angels waited to call him this year, even though they had obvious outfield needs with Mike trout, Justin upton Y Dexter fowler all injured, the last of whom underwent season-ending knee surgery in April.

Adell will share the field with Marsh for the foreseeable future and it is the latest in what looks like a youthful moment for an Angels team on the sidelines. On Sunday, Reid Detmers, a 22-year-old starting pitcher who was selected 10th in the 2020 draft, made his major league debut. On Monday, the 23-year-old right Chris Rodriguez, who made his relief debut earlier in the year, was a starter.

Adell hit .161 / .212 / .266 with 55 strikeouts in 38 games last year and misplayed several hits while he was the Angels’ daily right fielder last summer. Playing time for Adell has been opened due to Trout’s persistent calf injury, which has kept him out since May 17. Trout was initially expected to return around this time, but his rehab has come to a hiatus.

Before the game, speaking before Adell’s promotion was announced, Angels manager Joe Maddon said: “It is very important for us, going into the offseason, to know exactly what we have and what we need to do to keep going next year.

“Having said that,” added Maddon, “that doesn’t mean concede anything at all. We think these young people are ready to play here and be part of a winning environment.”