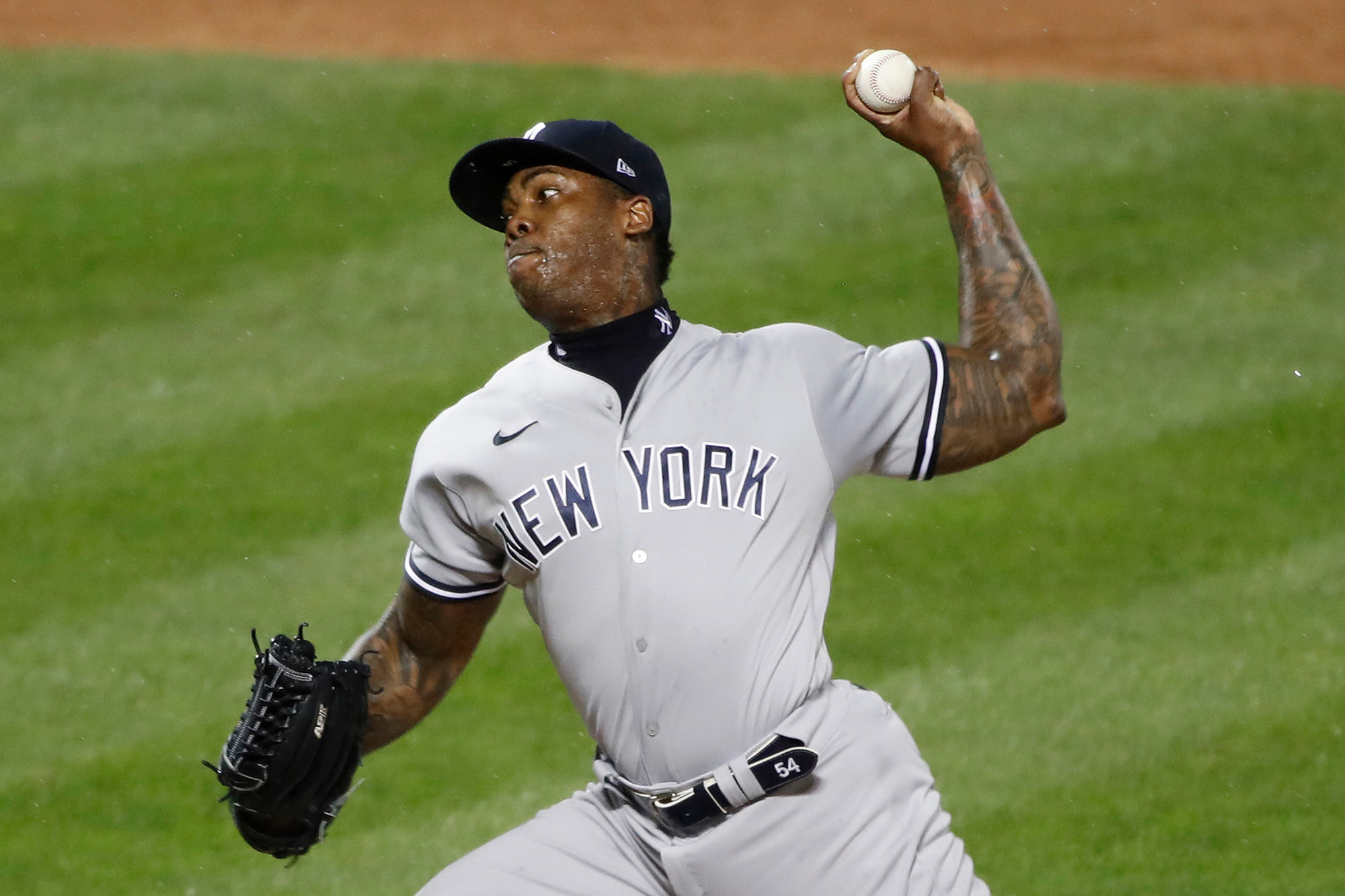 Cuban Aroldis Chapman will pitch in the eighth inning after discussing it with New York Yankees manager Aaron Boone ahead of MLB 2022.

The New York Yankees they do not want to make the same mistakes of 2021, but have thought about how to use Aroldis Chapman that is not necessarily in the ninth inning for MLB 2022.

Boone said the abundance of reliable right-handed pitchers is good, however, he wishes he could say the same for left-handers, since he has only Wandy Peralta and Joely Rodriguez, who are seen as two middle-inning pitchers in the game, not in the finals.

Aaron Boone said the goal is to use Aroldis Chapman in the eighth inning if there are left-handed hitters to face, at the same time, he will make it so that days don’t go by without Chapman seeing activity when the team is on a losing streak or winning games by a long racing difference.

“It’ll serve him well at times and protect other guys at times,” Boone said. “It will help us as a staff and keep Aroldis more consistent instead of letting him go five or six days without pitching.” Boone said.

It should be noted that this decision was not made and that’s it, but Boone discussed it with Aroldis Chapman and he agreed.

Through a translator, Chapman said: “We talk and I don’t see any problem because at the end of the day it gives me consistency. At the end of everything, as if I couldn’t vote. You know, what I can do is try to play as long as I can and put up the best numbers I can and then, you know, when it all comes to an end, I don’t know. We’ll see what happens.” Chapman said.

Aaron Boone will also use Aroldis Chapman in the eighth.