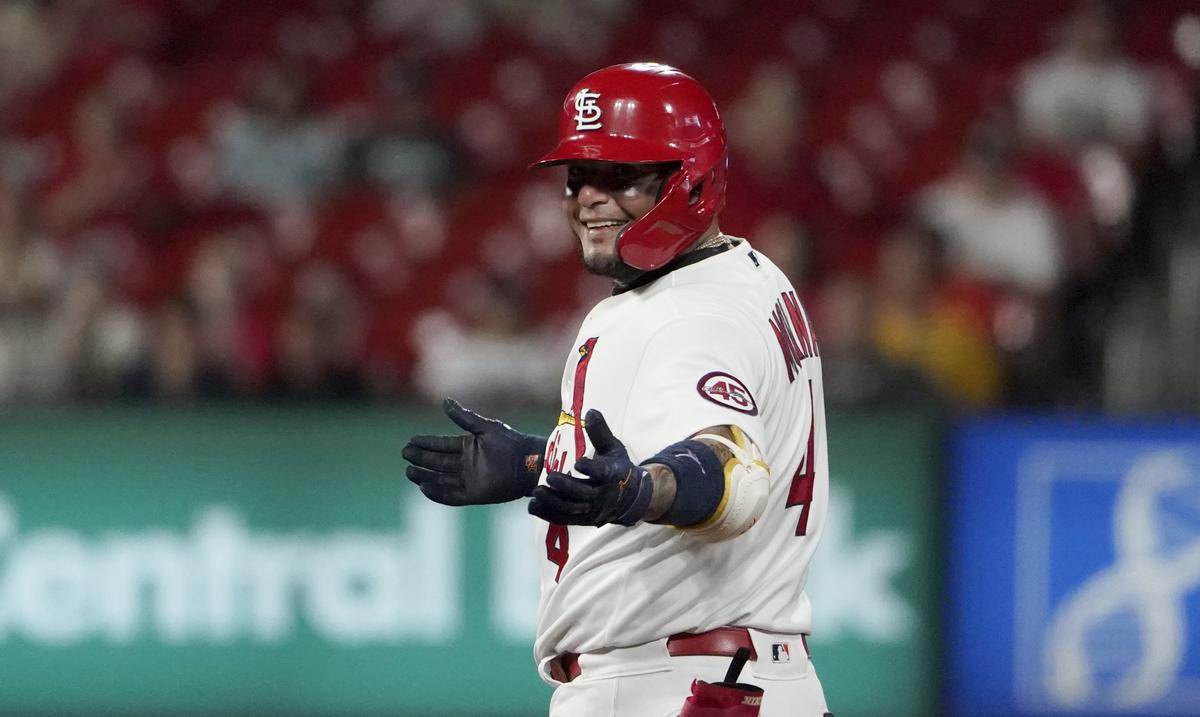 Jupiter, Fla. Yadier Molina he quickly made up for lost time.

In his first game this spring, the nine-time Gold Glove-winning catcher threw out a running back Friday when the St. Louis Cardinals played his minor leaguers.

“It’s always fun to hear that ball whizz past your head and then see a guy get called out,” said Miles Mikolas, who was pitching at the time.

Molina, 39, missed the first week of what will likely be his last spring training to deal with a personal matter.

Molina, a 10-time All-Star, went 0-for-4 in the game played in backfield, with two fly balls and two ground balls.

“I think it’s about him getting his legs back in a little more controlled environment,” new Cardinals manager Oliver Marmol said.

“So far he has said he feels fine,” Marmol said. “He plans to travel and play in St. Lucie.”

Marble is sure the veteran will be ready for opening day.

“Without a doubt,” said Marble.

Scheduled to be the Cardinals’ second starter, Mikolas struggled in his first inning, allowing three runs on four hits. He attributed the poor start to putting too many pitches in the strike zone and a couple of ground balls that screeched through the infield.

Mikolas faced the minimum amount of batters in his last three innings, thanks to Molina’s shot. The efficiency gave Mikolas the opportunity to pitch one more inning than originally planned.

“Being able to be in that controlled environment was what allowed me to make that extra inning,” Mikolas said. “I felt like I could have done one more.”

Originally part of the Detroit Tigers, VerHagen signed with St. Louis in the days before camp opened after spending two seasons pitching in Japan. He’s in contention for the Cardinals’ fifth starting job, which became available because of Jack Flaherty’s shoulder problem.

“I wanted to see VerHagen with open competition for that last spot. I haven’t seen him in the stadium, and I want to see him very well,” said Mármol.

VerHagen allowed just two hits in his three innings against Washington, but both left the ballpark.