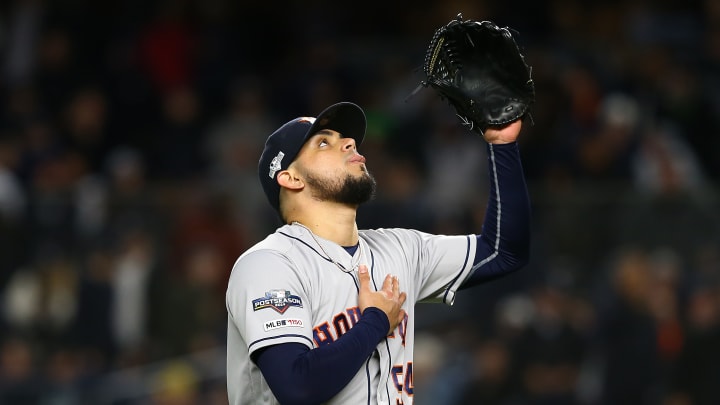 Robert Osuna He played in 2021 for the first time in the Mexican Pacific League with the Charros de Jalisco, whom he accompanied to the Caribbean Series. It was his debut in the Mexican winter tournament.

Osuna does not pitch for a team of MLB since 2020, when he could only be in 4 games with the Houston Astros. An injury ended his season and he has been unable to find his way back to the majors.

The 27-year-old Mexican right-hander is recovered from his physical problems, but still did not get a contract to play in the Big leagues in 2021. He told the press in his country that they presented him with two or three offers to return next season, but it is difficult for that to materialize.

Osuna saved at least 20 games in his first four seasons in the majors, even leading the department with 38 in 2019.

The problem is another. The player born in Sinaloa has been immersed in a couple of controversies. One of the scandals was due to statements in favor of Chapo Guzmán, a drug lord.

“For me, he (Joaquín El Chapo Guzmán) has helped many people, much more than what the (Mexican) government has done,” he told the website of the Canadian newspaper The Star. “He is a hero in Mexico. I I respect that”.

The other, for which they seem not to have forgiven him, was for violating MLB’s policies regarding domestic violence. Osuna was arrested in Canada in 2018 when he was playing for the Toronto Blue Jays for assaulting his partner.

He accepted a 75-game suspension that sidelined him for two months, and though he later excelled with the Astros, it seems the incident is still weighing on him. As well as his physical problems.

The lockout is far from over, but it doesn’t seem likely that Osuna will be able to pitch in the majors again.

Why Roberto Osuna is not going to return to the MLB