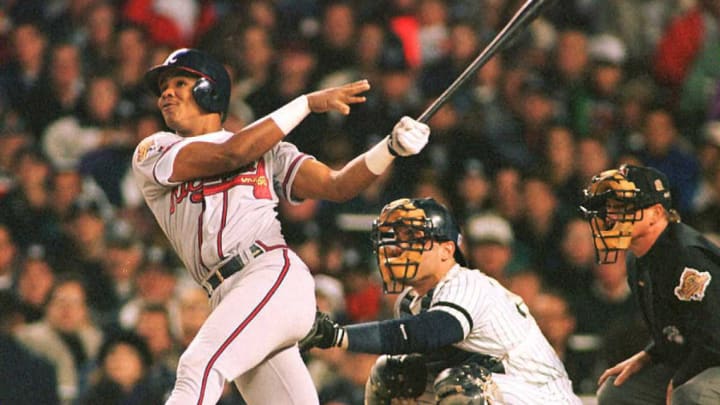 Little by little they have been revealing who will be the new exalted of the 2022 class of the Hall of Fame of the MLB, which; Judging by the partial results, they lead it David Ortiz, Barry Bonds and Roger Clemens.

However, one of the names that has failed to gain support from voters is Andrew Jones, who between the 1996 and 2006 seasons was one of the best center fielders in the league.

In that period Jones he attended five All-Star Games as a representative of the Atlanta Braves and won 10 consecutive Gold Gloves. In addition, he appeared in the voting for the National League MVP 5 times, achieving second place in the 2005 campaign.

In that same period he hit 319 home runs and was a leader in that department on the 2005 calendar with 51 homers. He also drove in 940 races and was the leader that same year with 128 in the old circuit.

He had the third-highest WAR in MLB between 1998 and 2007. The two players who surpassed him at the time were Bonds and Alex Rodriguez.

Jones was one of three outfielders with 10 or more Gold Gloves and at least 400 home runs. The other two are hotheads, Willie Mays and Ken Griffey Jr.

Other things that influence Jones not being considered for the Hall of Fame, was the arrest he starred in for domestic violence in 2012, an element that voters do not forget.

Another element that makes Jones not be considered a baseball immortal is that he played on the same team as Chipper Jones, Tom Glavine, Greg Maddux, John Smoltz, in which although he was a great player, perhaps he was overshadowed by those figures and that is currently what continues to influence so that their percentage does not increase to the place where the glories of the Major Leagues rest.

Why Andruw Jones will not enter the Hall of Fame