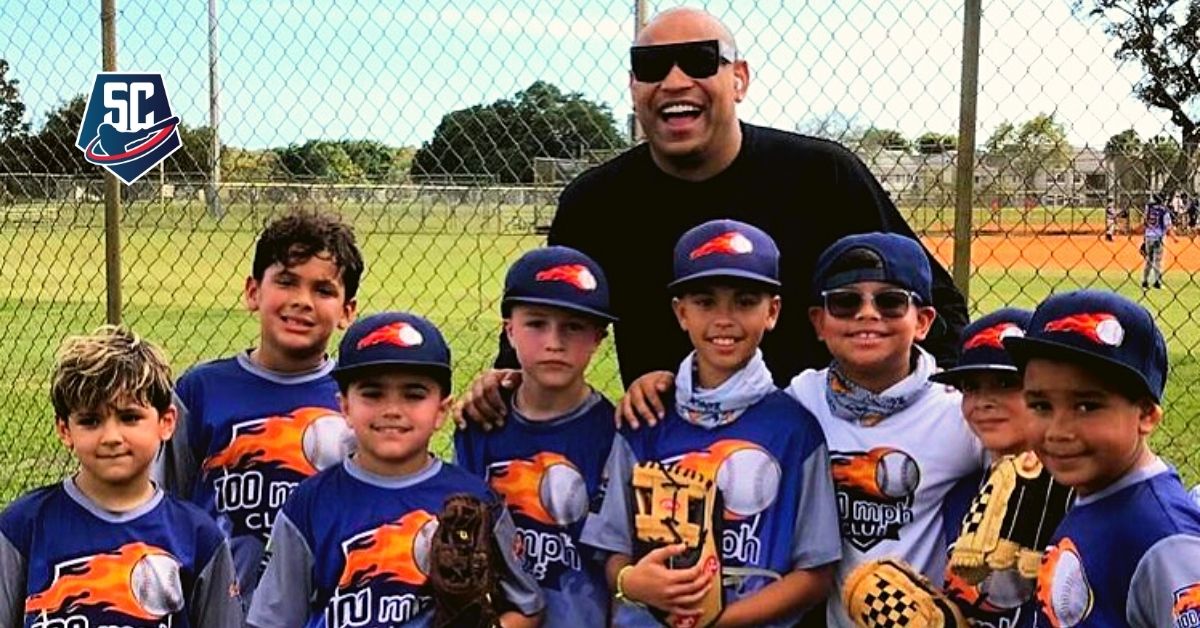 The popular Cuban musical duo Gente de Zona, made up of Alexander Delgado and Randy Malcolm, have shown once again that baseball is no stranger to them. They have participated in baseball events, especially in Miami. Whether it’s in the middle of the Major League season at the Marlins’ house or in other activities.

But apart from the presence of Randy and Alexander as special guests in activities where baseball is the protagonist, they have repeatedly declared their sympathy for Cuba’s national sport. The first has been the one who has made the most emphasis in this regard, in fact, on more than one occasion they have been seen exchanging with Cuban figures from the Big Top, such as the Gurriel brothers, Randy Arozarena, among others.

What is being discussed on this occasion is the relationship between these award-winning artists and the former pitcher from Sancti Spiritus, Maels Rodríguez, one of the representatives of Cuban baseball who has already retired and who is most popular among fans.

The increasing development in all aspects of the 100 miles per hour academy of who was for several years the only pitcher born in Cuba with that speed in his fastball, has attracted many and today appears as one of the favorite spaces in Miami. Especially when it comes to physical preparation, technical improvement and development in the game. And of course we are not talking about a change of profession for these renowned musicians, but about their interest in their children having a good learning in this discipline with the possibility of having an important result in the future.

It may interest you: THEY BREAK THE ICE Maels Rodríguez and Cuban superprospect in an unprecedented and double exclusive for Swing Complete

Maels shared a photo of Alexander with a group of kids who are currently under the tutelage of the only one who has been able to throw a perfect game in the National Series.

This academy increases its prestige every day due to its results and the importance in terms of names of those who are related to it. It has an intense work with children and young people, which includes participation in local tournaments with outstanding results.

Recently, the man who also holds the record for the most strikeouts for a National Series (263 in 2001) spent several days in Mexico to top off his preparation for the great prospect Luis Dany Morales, who put on an excellent display in front of dozens of scouts. Major League Baseball.

It may interest you: Maels Rodríguez threw a new straight line of 100 miles per hour like very few Cubans

Returning to the winners of several Latin Grammys, another of the striking moments in terms of presence at baseball events occurred during the 2016 edition of the Cuban baseball All-Star Game where they shared in the best of environments with luminaries of the likes of Yasiel Puig, Alexei Ramírez, Céspedes, Odrisamer Despaigne, Orlando “El Duque” Hernández, Adeiny Hechavarría and even the late José Fernández. That same day the musicians had received the key to the city.

In Cuba, Randy was seen on several occasions at the Latin American stadium to support his Industriales team, and for the 50th National Series they composed a special theme that linked the Cuban event with the Bucanero beer brand.

SAY WHAT? Gente de Zona and Maels Rodriguez began a relationship at 100 MpH