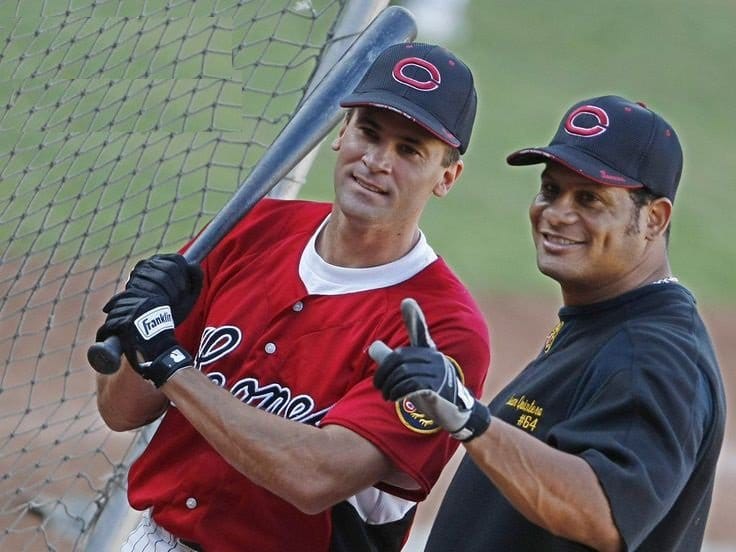 In effect, the first ballot that is public has already been revealed and it is from Jack McCaffery, where he gives his vote among a group of candidates to the Venezuelans Omar Vizquel and Bob Abreu, in order to start his path on the right foot to try to enter to the Hall of Fame in his class 2022.

We have here for example the tenth and final appearance of Curt Schilling on the ballot beginning with a lost vote.

First-time candidates like Jimmy Rollins and Ryan Howard each receive one vote.

In relation to Vizquel, the Creole has two pending legal proceedings against him, one for divorce with his wife that includes a complaint of domestic violence and the other is the case of a young former employee of a White minor league team Sox, where he accuses him of sexual harassment.

It will be up to the voters not to take into account that personal situation of the Creole and only focus on his great career in the MLB that led him to win 11 gold gloves, in addition to shining as the best defensive shortstop of his time.

Bob Abreu, for his part, has already placed his numbers and his percentage so low (8%) that he has received from voters, should rise to the extent that they understand that the Comedulce placed some figures showing that it is an out of series and his entry into the HOF of the Phillies is proof of that.

It must be remembered that to enter the Hall of Fame, at least 75% of the votes are required and to keep coming out each year on the ballots you must get at least 5%.

Jack McCaffery ultimately cast his vote for the following players:

Ballot # 1 is from Jack McCaffery. Curt Schilling’s 10th and final appearance on the ballot begins with a lost vote. First-time candidates Jimmy Rollins and Ryan Howard each receive a vote. McCaffery’s column: https://t.co/mcBW9ERCzF