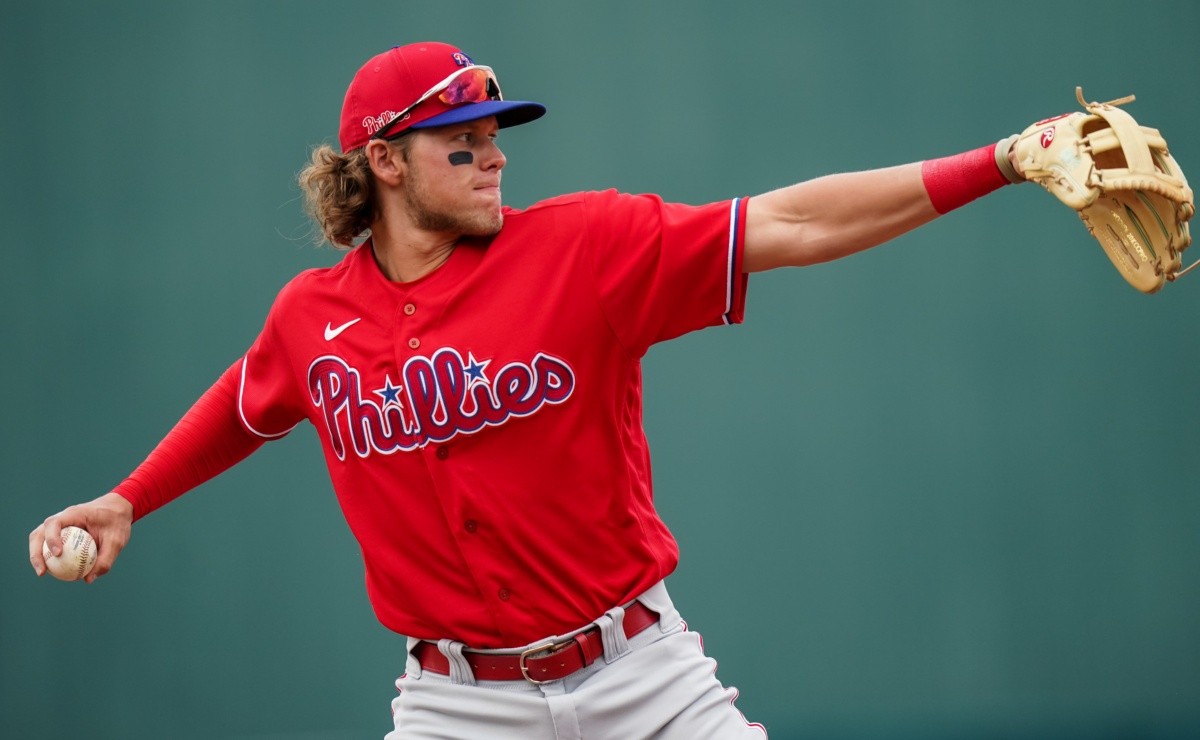 One of the less discussed but clearly problematic elements of the MLB lockout is the lack of access to team employees and team facilities for players on the 40-man roster.

That’s particularly detrimental to developing players like the young third baseman for the Philadelphia Phillies, Alec Bohm, the 2020 NL Rookie of the Year runner-up who had a steep second-year drop in 2021:

The Phillies hired a new hitting coach (Kevin Long) and infield coach (Bobby Dickerson) partly in the hope that the pair could help Bohm get back to his 2020 form.

Third baseman Bohm, 25, 6-foot-6, was able to meet with Long to discuss his approach at the plate several times before the stoppage, but has since been cut off, forcing him to work out on his own.

Of course, it’s not just a problem for the Phillies. Every team has young talent who would benefit from meeting with coaches and player development staff, not to mention using the team’s facilities for offseason training.

That said, Bohm is an especially important player for the Phils, who he was selected with the third overall pick in 2018 and that he could also benefit greatly from developing a cost-controlled star, given his other expensive veterans elsewhere on the roster.

It may interest you: Alec Bohm’s MLB Impact has earned high praise from peers

The lack of access to the Phils’ spring complex is also particularly unfortunate for Bohm, as the 220-pound youngster bought a Clearwater condo a couple of years ago for easier access to the spring training facility. of the team in the offseason.

I am a fan of the King of Sports, especially the Boston Red Sox in MLB and all Mexican baseball in general. This profession has given me the opportunity to cover major events such as the Caribbean Series, the LMB All Star, the LMP (uninterrupted since 2009), signing important players. I had the chance to attend the 2013 World Classic in Arizona, USA, although as a fan. Apart from this beautiful sport, I love basketball, where I have also narrated games and even an NBA friendly 10 years ago, but I have baseball in my veins. Degree in Communication Sciences from the Autonomous University of Sinaloa (UAS) , from which I graduated in 2011. I was born in Mazatlán, Sinaloa and started in the world of sports journalism in 2004 in the newspaper El Sol de Mazatlán, where I was a baseball columnist and a reporter at the same time. In January 2009 I arrived at El Debate as a journalist reporter and it was almost six years (in the first stage), until in November 2014 I emigrated to the radio providing my services at Línea Directa-Grupo RSN. My cycle there ended in July 2019 and a few days later, El Debate gave me another opportunity to work and opened the doors for me again. This is how I came to Al Bat, where I have been since 2019 as a web journalist.

MLB: Phillies’ Alec Bohm and players like him have already lost a lot due to lockout