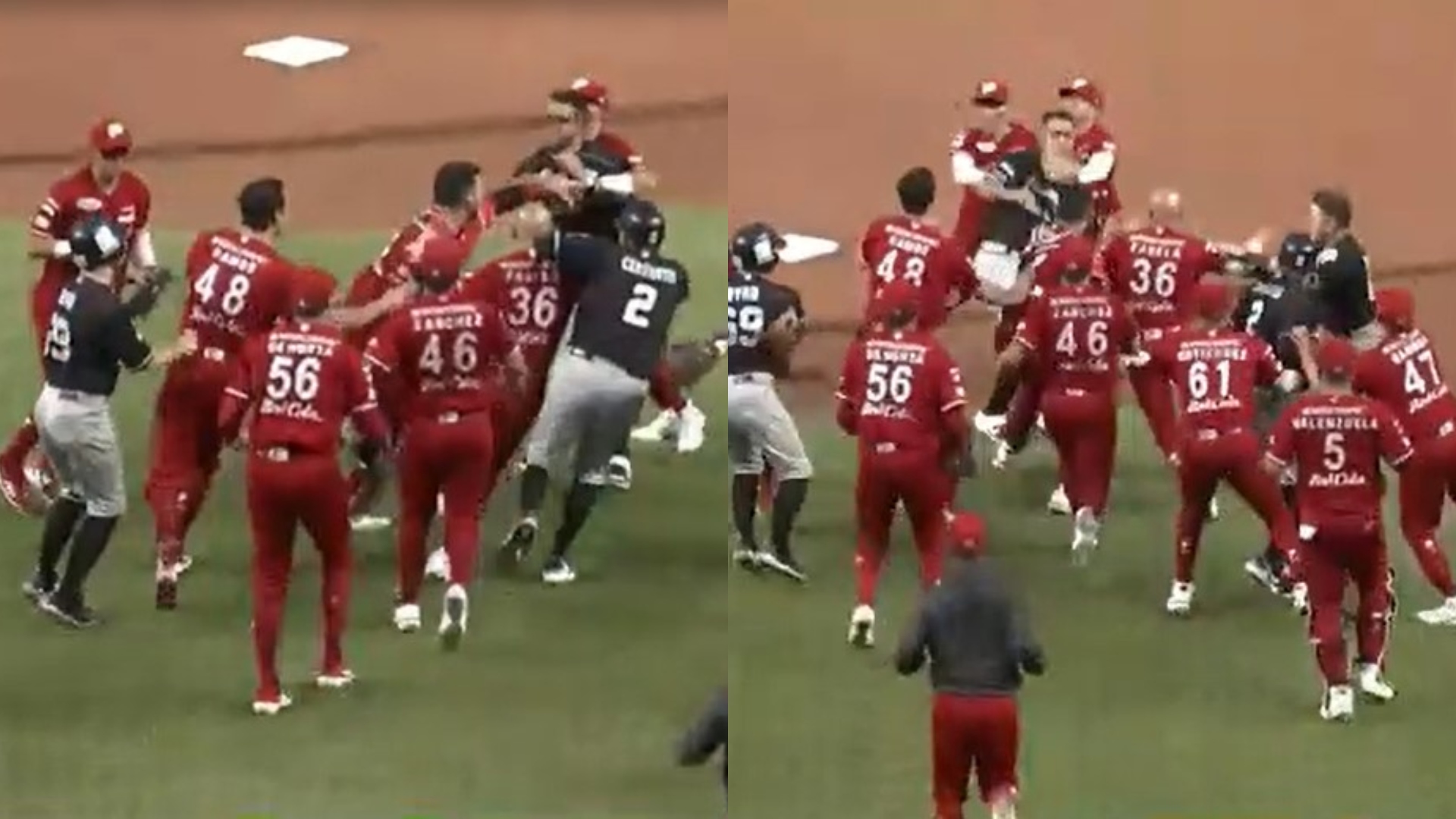 Tense moments were experienced tonight at the Alfredo Harp Helú stadium, as a fight broke out between players from the teams Red Devils of Mexico Y Oaxacan Warriors.

Since a few minutes after the end of the match between the contenders, in the seventh inning, the dispute baseball player turned into a boxer after a fight between the pitcher from Oaxaca, Gabriel Lino with De Horta and Julián León, turned into a pitched battle.

This originated after Lino was walked and Kristian Delgado received a blow. It was just when it was being reviewed that he started the fight. Soon, numerous players, referees and managers entered to try to contain the brawl.

At the end of the game, which ended up giving the devils the advantage with 18-17, the team manager, John Gabriel Castrohad a talk with the players regarding the facts, according to the commentator Caro Garcia. 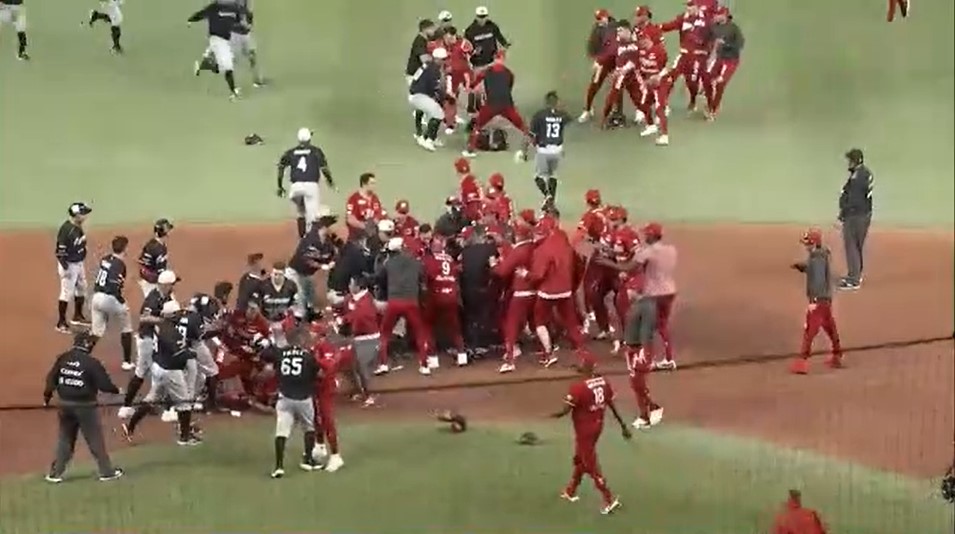 Likewise, the Devils commentator mentioned that Gabriel Lino, from the first game of the series, was provoking the locals, which heated up the spirits that led to the confrontations.

After the lawsuit, Lino was expelled, Orlando Pina and Justin Byrd of the Warriors team, while the Devils were León, From Horta and Jesus Fabela.

In spite of everything, this victory ensures its leadership in the South Zone in the Mexican Baseball League (LMB).

On the other hand, a certain reserve has been maintained, since none of the teams has officially positioned itself in the face of the facts. Similarly, the LMB has not issued any position through its official account.

But this recent fight was not the first. Well, similarly, the scarlet team starred in a fight in July 2021, on that occasion in the final of the South Zone of the LMB against the Yucatan Lions.

The fight occurred when the pitcher Yoanner Negrin celebrated effusively after striking out Emmanuel Avila in the fifth inning, because they were a run behind their opponents. 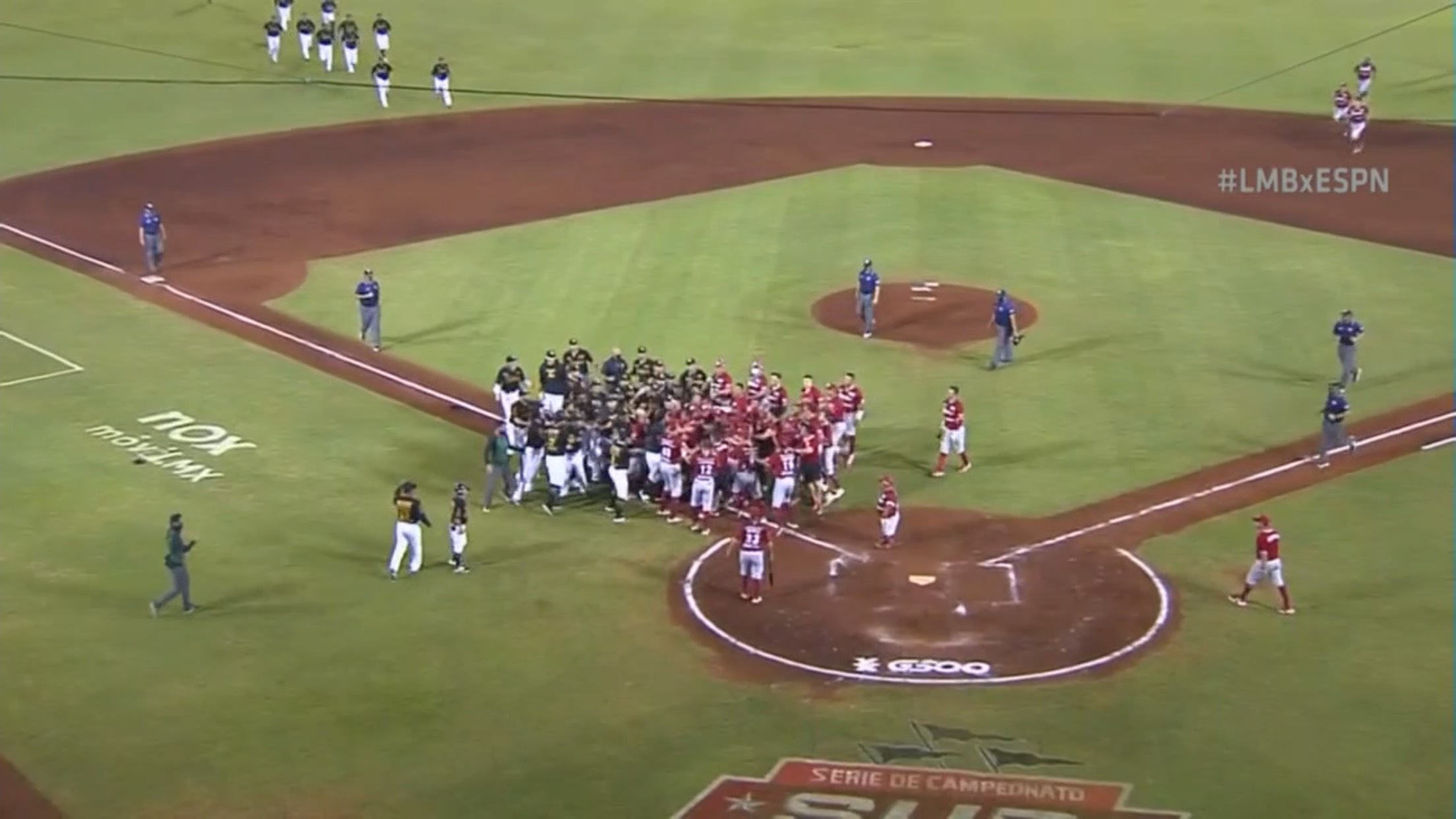 The emotion ended up invading Negrín who, with mocking gestures and words, managed to annoy his rival who confronted him. But the Cuban pitcher he continued with his taunts. And the players, shedding their gear, were ready for a racy matchup.

Given this, the players who were defending came to the scene, bringing together dozens of players in green and red. Some took advantage of the moment as a catharsis to release the accumulated tension through five games and traded some jostling.

Like the confrontation between the Devils and the Warriors, the tension lasted a few minutes, also invading the end zone. But in the end, the players managed to separate to continue the match.

Bernard Hopkins gave his forecast for the Canelo vs. Golovkin fight: “It will be a beating”
The best memes that Chivas’ bad streak has left in Liga MX
Pato O’Ward and the moment he was ruled out of Red Bull by order of Helmut Marko

LMB: Diablos Rojos and Guerreros staged a pitched fight in the middle of the match