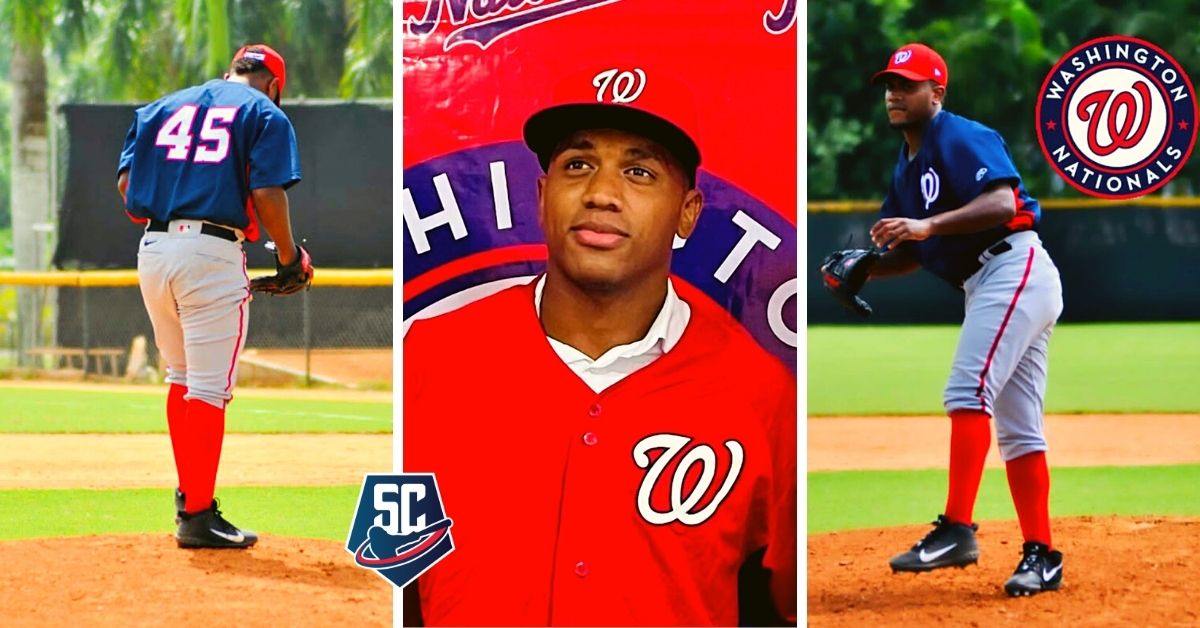 Left-handed Andy Marlon Pérez pitched for the Industriales de La Habana in the National Baseball Series (SNB) when he was part of the Cuban preselection for a youth Pan American, however, the native of the Arroyo Naranjo municipality in the capital never attended the event held in Panama .

“The category commissioner and the coaches took me to do a test without giving me any explanations. Later they told me that he had an arm injury as a justification. They didn’t let me pitch any more with the shortlisted guys. That was painful for me because I felt very well, “recalls the pitcher.

For Andy, political reasons pulled the strings of his exclusion: “During my time on that national team, state security met with me and asked me several questions about a possible intention to defect. My colleagues knew that this was the main reason for them. I was one of the main pitchers in the team.”

At that moment did you decide to leave the country?

─Yes. At that moment I knew that I could not continue my career in Cuba. Later I decided to leave. I didn’t leave through the airport because they had me regulated and I could barely get a passport. My only option was to go out on a boat to the Dominican Republic. My family suffered a lot. Especially my grandparents.

Andy Marlon began to practice baseball when he was eight years old in the “Ciro Frías” field. In 2015, he attended a Pan American in Mexico, and in 2017, he participated in the Under 18 World Cup held in Canada.

“They were very important experiences for my career. The atmosphere among the players was good, although you feel very restricted from the stadium to the hotel and vice versa”, he tells us exclusively for SwingCompleto.

During his time at Industriales, the 21-year-old and 5’10-foot tall boy accumulated 13.0 innings under the orders of Rey Vicente Anglada. His experience in version 58 of the National Series was marked by his debut in the Latin American stadium against veteran Luis Felipe Rivera of the Isla de la Juventud Pirates.

Of the Blues, Andy Marlon recalls his friendship with his namesake Andy Vargas. His roommate Frank Montieth offered him some advice. In the most winning cast of the SNB, he also played his idol: “The late Orbe Luis Rodríguez taught me many values ​​in my youth stage that have helped me to face professionalism.”

It may interest you: EYE: FORBIDDEN TO FORGET this Cuban prospect for 2022

How about staying in the Dominican Republic?

—I arrived in 2019. I was affected in the preparation by the covid until I entered the Carlos Paulino academy. I trained practically only for the knowledge I brought from my country. Where I realized the difference in training with respect to Cuba was when I signed with the Washington Nationals organization.

Why the Nats? Did you have the opportunity to sign with another franchise?

—In January 2021 I was going to join the Houston Astros, but I couldn’t due to problems with the documentation. at the endI made it with Washington, even though my free agency took about seven months. Upon signing, my grandparents came to mind. They raised me. I had been on Dominican soil for two years without seeing my family.

Andy Marlon Pérez stands out for a fast fastball above 90 mph, capable of traveling even at 95 mph. The one represented by Optimum Baseball also has a slider, a curve and a speed change. The left-hander acquired by the Nationals in the current period of international signings is just beginning his journey towards the best ball in the world.