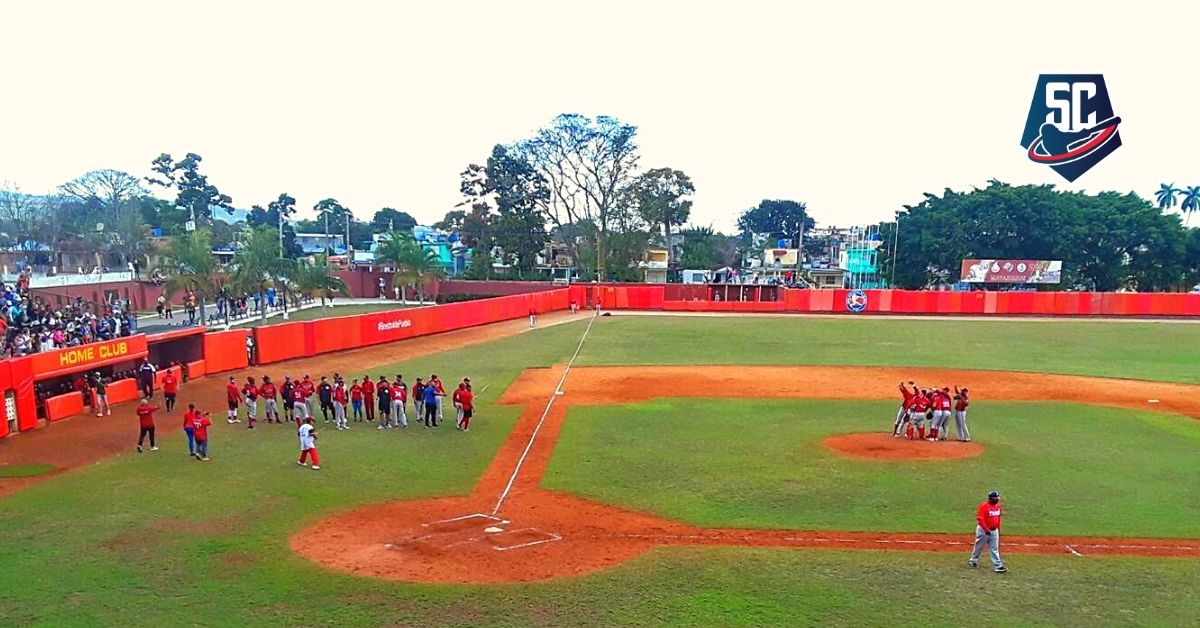 In a day marked by the strong incidence of the pandemic, the Vegueros achieved a great victory coming from below against the Indians; the Hurricanes continue their impetuous pace by winning the series against the Tigers and the Elephants, after a long extra inning, completed the sweep against the Bulls who still cannot find the formula for victory.

Vegueros COME BACK and take the sub-series against the Indians

In a match fought from start to finish and in which the Vegueros de Pinar del Río brought out the caste to overcome, in their own home, a 7×1 disadvantage at the height of the sixth inning and took the particular match against the Indios del Guaso two victories to one; with prominence for his best men on offense; Yaser Julio González and William Saavedra.

The Guantanamo players made eight runs with fourteen hits and were merciless with the starter Vladimir Baños, who was punished with eight hits and seven runs, six of them earned, in four innings and a third of work. A total of five batters from the visiting side hit a pair of hits, with catcher Yasmani Velázquez being the most prominent with two RBIs.

For the locals, third and fourth bats took the lead, as it should be; in the case of Yaser Julio, he batted 4-5, with a couple of runs scored, a double and an RBI, while the historic William Saavedra had two hits in four at-bats but brought in four for rubber.

Fundamental was the relief of Frank Luis Medina, who in two innings and a third kept his rivals at bay, without allowing undisputed, two intentional walks, a hit and a strikeout, thus scoring his first victory of the season. The loser was also reliever Frank Navarro.

Category 5 hurricane does not leave the top

The Hurricanes of Mayabeque continue their impetuous pace in this start of the National Series and defeated the Tigres de Ciego de Ávila three runs to nil to add their sixth success in seven games supported by the phenomenal pitching of last season’s Rookie of the Year, Marlon Vega and home run with two aboard Juan Carlos Hernández.

Marlon was intractable and made a tremendous relief of three and two thirds innings, without allowing runs. For the young pitcher from Mayabeque, it was his second victory of the season and he continues to show that his performance in the 60 Series was not the work of chance. The starter Yulian Quintana, for five chapters and a third, was in excellent shape and barely received an uncatchable

Fernando Betanzo lost for the Avilanians (0-1), although he was a worthy rival and only had the bad moment of the sixth inning when he allowed the decisive home run by Juan Carlos Hernández. The Tigers were unable to take advantage of the three errors of their rivals and fell for the fourth time in nine matches so far this season.

The disciples of Miguel Borroto, manager much criticized in recent days on social networks after some controversial decisions in previous games, failed to break their losing streak and added five losses in a row after being swept by the Elephants in their premises on September 5 with final result of 5×4.

The Bulls started ahead on the board with Luis González’s third home run of the season, but the southerners tied the actions at the end of the ninth, when everything seemed decided.

For three innings both teams battled, neither giving nor asking for a truce, until Luis Vicente Mateo, with a double to center field, pushed the decisive one after reliever Alex Pérez (1-1) gave a legendary strikeout striking out two rivals and retiring the dangerous veteran Yordanis Samón, enough to secure the victory. The defeat went to the account of Lisander Hernández (0-2).

The clash between Crocodiles and Gallos was suspended because there were several positive cases in the team from Sancti Spiritus. More details about the incident at this link.

In other results of the day: the Wasps defeated Artemisa 6×1, the Island defeated the current champions, the Alazanes, 1×0 and the Lumberjacks defeated the Sugarmen 10×7. In the evening hours, Industriales will play against the Holguín Cubs, in a match that will define the particular match.